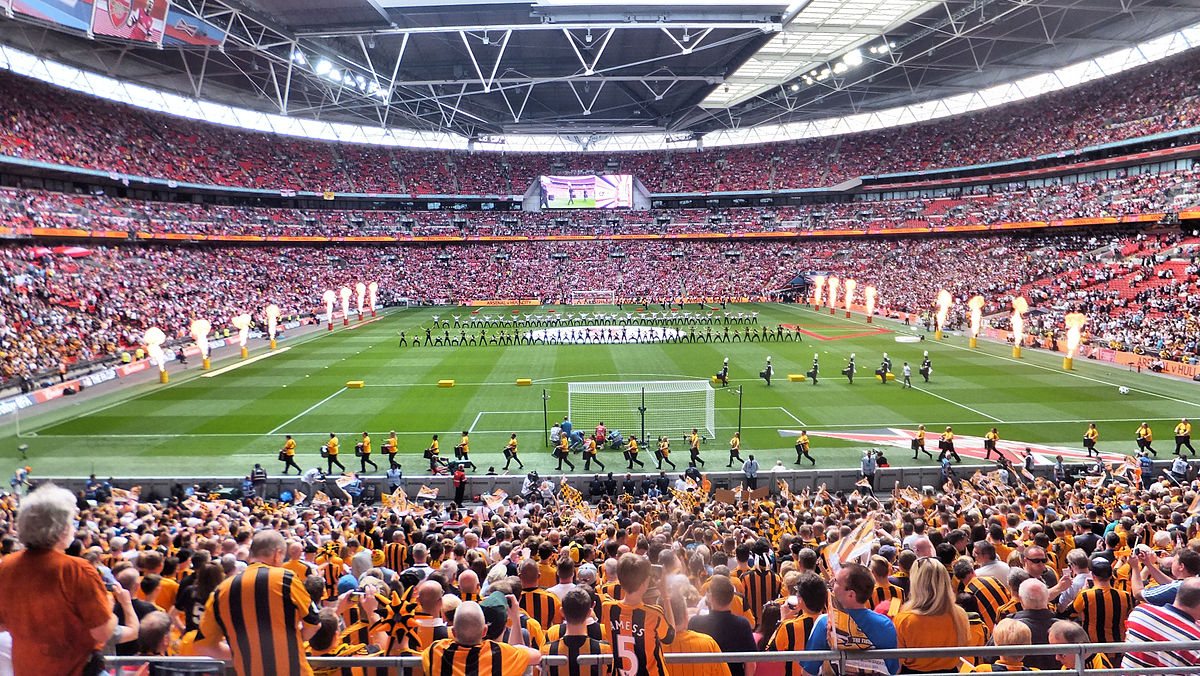 There are two sides to every argument, and sport is no different. It is full of controversies, talking points and questions which spark disagreement among even the most tight-knit groups. At Redbrick, we are no different. We all have our own opinions on the sports we love, and challenging opposing views is almost as fun as watching games or events themselves. It only makes sense, then, to take those arguments had in The Goose and group chats and lay out the contrasting perspectives here, before allowing you to decide who is right.

In the first part of ‘Two Sides’, we debate whether the FA Cup, an iconic football competition with 150 years of history, retains the ‘magic’ that has made it famous. Read both arguments and weigh in yourself by voting in our poll at the bottom of the article.

First played in 1871, the sheer amount of history and memories of the FA Cup is enough to make it special for the players and spectators involved each season. The cup produces unforgettable moments and stories that you simply do not get in other competitions. All levels of the football pyramid participating in the cup certainly contributes to this. Whether it’s the anticipation of FA Cup draws, the special ‘David vs. Goliath’ matches or FA Cup Final Day, the cup still excites supporters.

You only have to look to this season’s competition to see that it is as illustrious as ever. Marine, Chorley and Crawley caused upsets and received draws against Premier League opposition. Seeing these lower-league teams battle against England’s elite epitomises what the cup is all about. The stories behind these games also add intrigue to the competition: a bin man and a PE teacher playing against stars like Dele Alli and Gareth Bale, Chorley players belting out Adele songs after beating Derby and celebrity Mark Wright featuring for Crawley in their surprise win against Leeds. These are the weird and wonderful stories of the FA Cup.

The FA Cup stills matters to all those involved. Managers and players desperately want to add the cup to their clubs’ trophy cabinets, even with other objectives to meet. Whilst there are exceptions, football managers rarely fail to show the competition respect. This is personified by the strong teams fielded, even when fixture lists are as crammed as ever. Whilst Mourinho rotated his squad against eighth-tier Marine, all but one in the starting eleven were first-team players.  This shows how serious teams take the competition and in turn, its credibility has virtually remained unchanged.

The ‘magic of the cup’ takes on a different significance for lower-league teams. It is an opportunity to test themselves against stronger opposition, create history and do their fans proud. More importantly, the economic impact of success is huge. Prize and TV money, and gate receipts allows for investment and financial security that would not be possible otherwise. I am hopeful that replays return in some form post-COVID because of the financial benefits and added drama that they provide. With games behind closed doors, the usual revenue streams have dried up, however, innovative measures, such as virtual tickets, have been sold by some clubs. This underscores the unwavering spirit of the FA Cup and the fans that love it.

To the supporters, the FA Cup means a great deal. For some, it is an opportunity to watch their team at Wembley and win silverware. For others, it is simply a chance to see their club put their town on the map. It has missed the fans’ enthusiasm and atmosphere at cup games as much as their financial contributions. Yet, the nature of the FA Cup has allowed fans to dream, even in the strangest of circumstances. More than 10 million tuned in for the Manchester United versus Liverpool fifth round tie, showing that interest remains extremely high in the FA Cup.

Finally, I experienced the rollercoaster ride of a cup run as a supporter of non-league side Altrincham. We enjoyed a memorable run in 2019, overcoming a number of difficult ties before being rewarded with an away match against Portsmouth in the second round. Altrincham, of the sixth-tier, facing the 2008 FA Cup winners seems unthinkable. I am sure most football-going fans can relate to the excitement and pride I felt. It was magical. – Jack Wooldridge

Jack is not the first person to lecture me about the ‘magic of the cup’, but he is one of the few who was not alive for the moon landing.

For decades, cup final day was a novelty. Not only did you get to watch the players eat breakfast and travel to the match, but the game was broadcast live as well! Football on live TV was gold dust in the pre-Premier League era, making this ritual season finale a must-see event. Nowadays, there is endless, easily-accessible football content across the internet. For the casual fan, the FA Cup final is just another game in a bigger stadium than normal.

TV has also made the cup less important to the teams themselves. Ever since Sky Sports turned the top-flight into an unstoppable money-making machine, the ultimate aim for the best few dozen clubs in England is not to win the FA Cup, but to play Premier League (and potentially European) football. Winning the cup is nice, but only if it does not hamper your efforts elsewhere, so weakened sides are common until the latter stages.

In 2014, then-Sunderland manager Gus Poyet was so focused on avoiding relegation that he admitted he would rather lose the fifth round tie with Southampton than draw and have to replay the game. Last season, Nottingham Forest manager Sabri Lamouchi claimed his side had ‘no chance’ of defeating Chelsea in the third round, making ten changes from his team’s previous league match, clearly prioritising Championship promotion. The Blues, despite making nine changes themselves, won comfortably. When clubs across the leagues are not taking the cup seriously, something has gone very wrong.

The bigger clubs benefit when reserve teams face off, as squad depth becomes decisive. Out of the 21 cup finals this century, 19 have been won by Manchester United, Liverpool, Arsenal, Chelsea and Manchester City; probably the five biggest (or richest) clubs in the land. In the last 10 seasons, only six teams outside this quintet have reached the final, and they were all in the Premier League at the time. The best teams can play weakened sides but still avoid regular upsets, the worst of both worlds. Even when there is a shock, the achievement is often diluted by the fact that the defeated giant’s best players are sat on the bench.

Of course, it is not all about reaching the latter stages. A cup run does help lower-league and semi-professional clubs bolster their funds. That cannot be understated, especially in the current climate. However, there are only 64 places in the third round. Forty-four of them go to Premier League and Championship clubs. From the countless divisions below, only 20 clubs will reach this stage. Likewise, from the hundreds of non-league teams that enter the cup, only 32 will make the first round. Relying on being amongst the tiny minority of teams to make a lucrative cup run, which often demands pure luck in the draw, is unsustainable. It’s basic mathematics.

Besides, emphasizing the financial rewards does not scream ‘magic of the cup’. The romantics still in love with the competition also condemn the ridiculous transfer fees, huge wages and commercialization of football’s top level, so arguing that money makes the cup special is a touch contradictory.

Resurrection is possible. Moving the third round forward a few weeks, as well as scrapping replays and the League Cup, should encourage all teams to take the cup more seriously. In its current iteration, though, the cup belongs to a time when live football was a rarity, the league was not everything, and resting players was inconceivable. Tradition, rather than keeping the FA Cup alive, is killing it. – Kit Shepard.

Does the ‘magic of the cup’ still exist? Vote now in our poll!