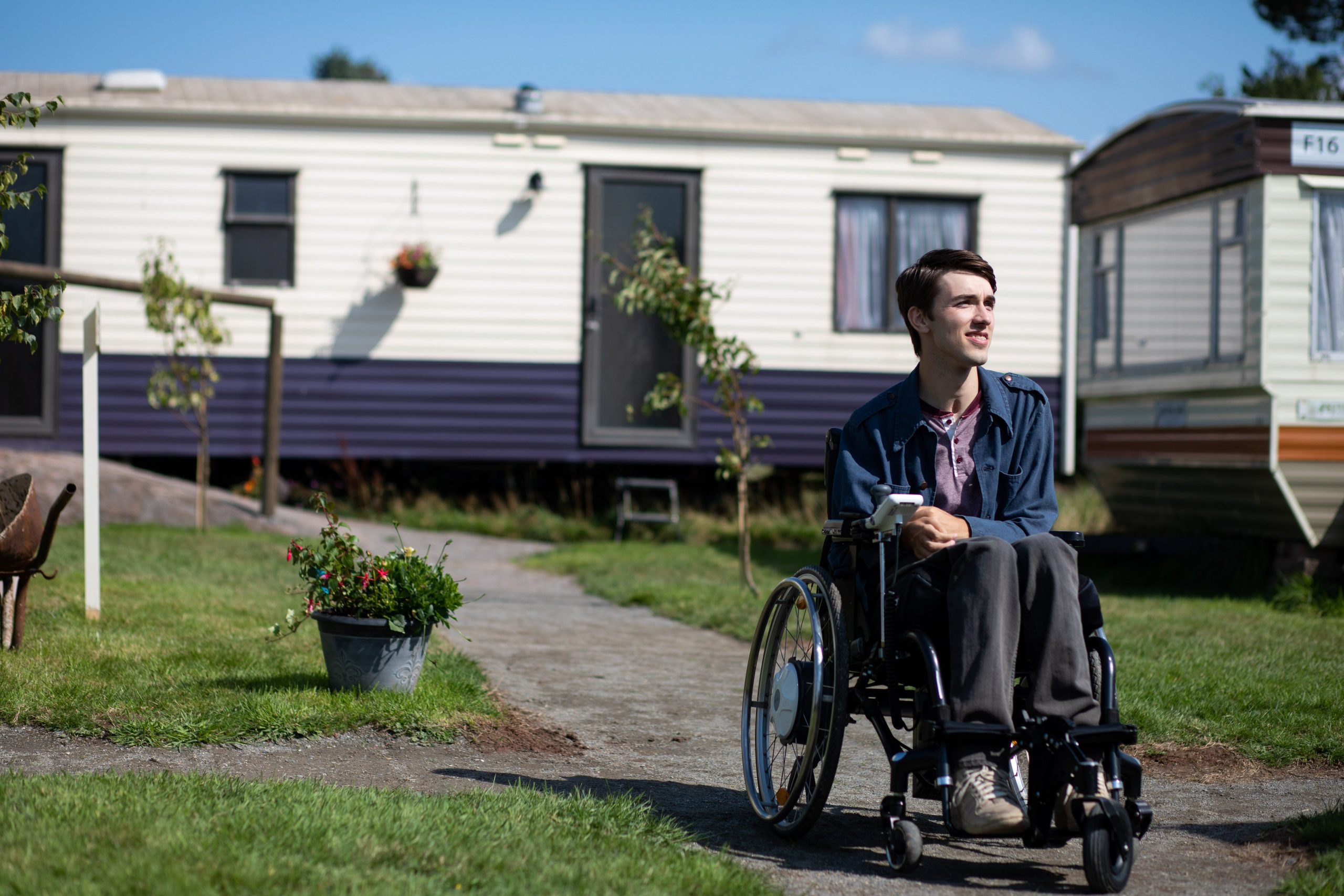 TV Critic Anya Logue discusses the underrepresentation of disability in TV, arguing people are not defined by their disabilities, so neither should their on-screen counterparts

Written by Anya
Second year history student at UoB
Published at 14:00 on 2 July 2020
Images by @seewhatsnext

Disabled people remain one of the most under-represented groups on TV and film. Despite making up 17% of the working-age population in the UK, disabled people only have 5.2% of off-screen roles and 7.8% on screen. On a simple numbers level, disabled people are just not seeing themselves enough on TV.

Seeing people similar to yourself is so important, and this is no different for disabled people. UOB student Matthew Logue, who has cerebral palsy, explains that ‘one of the reasons people engage with fiction is to find characters that they identify with, and having a disability can have a large effect on someone’s life – so a character who also has a disability may have similar experiences.’

Disabled representation would also greatly help to break stereotypes and ignorance that many able-bodied people could harbour unknowingly. A lot of the time, people simply do not understand the nature of different disabilities. Misunderstanding is so common around this issue that 2/3 of people would feel uncomfortable talking to a disabled person, according to a 2014 study.

This leads too many people to a life of being ignored. Many visibly disabled people have to get used to being constantly talked about in the third person in public places or situations like being served in a café. They always have to be the one to approach others in social settings. Often, well-meaning people simply do not know how to react to a person in a wheelchair.

This is where representation can help. Matthew thinks that ‘representation also helps raise awareness of what it’s like to live with a disability for people who don’t know what it’s like.’ Therefore, even just having more able-bodied people exposed to disabled people on screen, could help transfer a level of understanding and comfort with disability that would make a huge impact on how disabled people are treated in everyday situations.

However, it is not necessarily just a matter of numbers. The narratives told around characters with disabilities are important to consider. Rare instances where disabled characters do get prominent roles include films like rom-com Me Before You about a man who becomes paralysed after an accident, and biopic The Theory of Everything about Stephen Hawking. However, both of these films show stories that are about disability, and Me Before You ends with a man choosing to commit suicide rather than live with his disability.

These are both stories worth telling, and many viewers (myself included) thought these films did a great job. But they are not the only stories that it is possible to tell about disabled people. The disability is obviously a big part of their lives, just as many peoples’ sexuality, gender, or ethnicity are important to their identities. But people are not defined solely by their disability, and neither should the characters on screen be.

Actor George Robinson, who played wheelchair-user Isaac in Netflix show Sex Education, agrees that narratives around disabled characters should not always focus on their disabilities. He explains that he was inspired by Liz Carr in Silent Witness, because her wheelchair is ‘not a defining characteristic of her part. That’s real, that’s what people are. People aren’t defined by if they can walk or not.’

Robinson believes that ‘the best way we’re going to get authentic stories that don’t come across as ingenuine is by having people with the right experiences playing the right roles.’ Despite the success of films like The Theory of Everything, some think that the fact the lead actor was actually able-bodied could be problematic. In fact, more than 95% of disabled characters on TV are played by able-bodied actors.

One way to help this would be for casting directors to become less narrow-minded in their thinking about exactly what kind of actors they need for each role. For example, Isaac in Sex Education was originally written to be an amputee, but when Robinson auditioned his talent was recognised and the script was rewritten to allow for his spinal cord injury instead. This kind of flexibility is necessary in all casting decisions if disabled people are ever allowed to get a foot in the doorway in the same way that able-bodied people can do without even thinking about it.

The last few years have been amazing for awareness around the importance of representation on TV and film, from campaigns for racial diversity, gender equality, LGBT+ representation to combatting ageism. But the need for disabled representation is too often missing from the conversation, and far too many people are shut out by this.