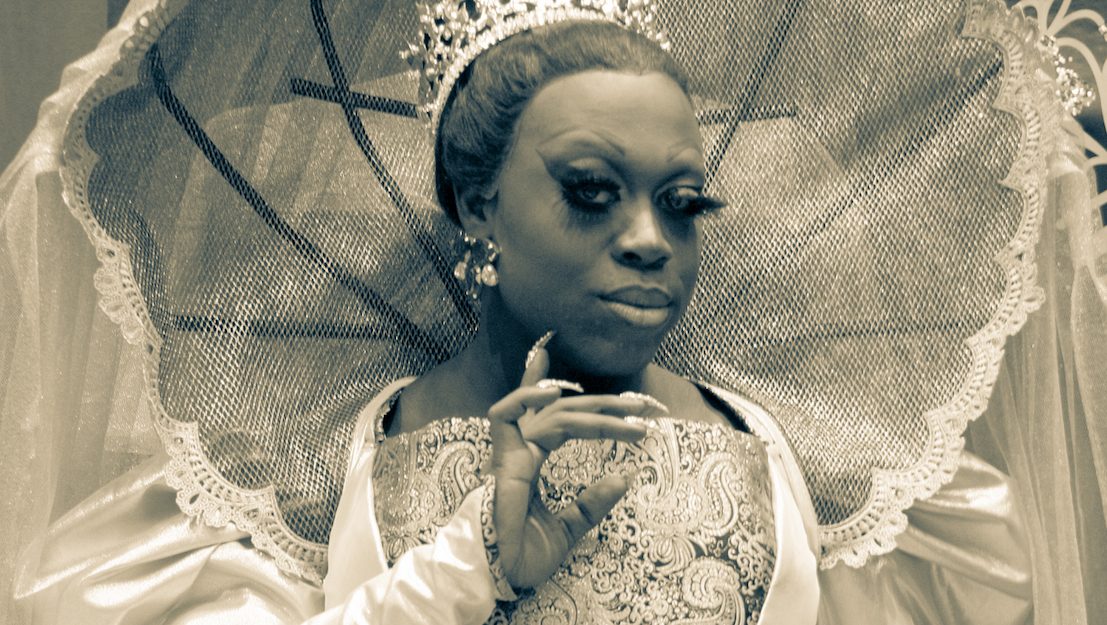 Dressed to the Nines

Television Editor Catrin Osborne reviews Birmingham Museum and Art Gallery’s ‘Dressed to the Nines’ exhibition, and though impressed by the items presented is less charmed by the injustice done to them through their poor display

Written by Catrin Osborne
Published at 12:30 on 19 February 2020
Images by Wikimedia

Every culture and era present a new form of dressing up and this is the concept of Birmingham Museum and Art Gallery’s (BMAG) current exhibit titled Dressed to the Nines. Running until 4th September, the exhibit showcases outfits from 1850 to the present day.

Dressed to the Nines is primarily in one room but extends into the next one, right up to the Birmingham Revolutions – Power to the People exhibition. Somewhat blurring the exhibits is a nice touch as it demonstrates the political and provocative possibilities of fashion.

In my opinion, the strongest element is the exhibit’s ability to highlight Birmingham’s diversity through the means of clothing. Dressed to the Nines celebrates the city’s older history such as a 1940s cocktail dress worn by the co-founder of Birmingham’s Bettridge Dance School. This is juxtaposed next to the modern, more diverse side of Birmingham with a drag costume donated by Lacey Lou, a female drag artist and frequent performer at the Nightingale Club. Visitors can’t help but marvel at Lacey Lou’s baby pink, tulle ensemble. The theme of gender fluidity runs through the exhibit as they also featured a flamboyant evening dress owned by Bill Gibb.

Continuing the pink trend, Dressed to the Nines also features a vibrant salwar kameez, nodding to Birmingham’s racial and ethnic diversity. As nearly one in four people in Birmingham is South Asian, it would be wrong to under represent this essential part of the current city.

The exhibit includes photos of some of the dresses being worn by their original owners such as Mary Granelli, an architect who lives in Birmingham, wearing a cocktail dress by Christian Dior. Placing the dresses in their historical context through the medium of photos allows for a sentimental side to this exhibit.

Combining shades of blues and pinks, the outfits on the main wall are carefully chosen and respond well to one another. Unfortunately, I’ve seen clothing displayed with more complexity and creativity in the Bullring. Last year saw the sell-out Designer of Dream sat the V&A redefine the possibilities of exhibiting fashion as the museum created lavish backdrops and props which complemented Dior’s delightful designs.

Although BMAG may not have the same financial means as other institutions, there are more visually inspiring ways of presenting clothes. For instance, Mary Quant at the V&A transported the visitor to Carnaby Street in the 1960s by using mannequins with Quant’s signature hairstyle and charismatic poses. Instead, the outfits in Dressed to the Nines hang on mannequins and are lined up against the walls.

Furthermore, Dressed to the Nines fails to take advantage of the setting. In our increasingly visually driven world, the majority of visitors crave exhibits that are aesthetically inviting. Whilst the clothes themselves are beautiful, the core wall is merely decorated with a shimmery curtain which leaves the visitor wanting more. On the opposing side of the room are two elegant gowns but their allure is lost next to the plain white wall.

Another aspect that could’ve been incorporated into Dressed to the Nines is video. Fashion is given life through its wearer so, although the photos are a sentimental touch, videos of the outfits or archival footage of similar clothes would bring a new perspective to the clothing. In the corner of the room, lies a shelving unit filled with shoes. Similarly to the rest of the exhibit, these are varied, charming items with individual significance but their magic is lost due to the mundane display.

Throughout the exhibit, there is a clear sense that it is intended for children with basic information and questions such as: ‘how many of us wear a ball gown to work?’ There is nothing wrong with this because BMAG markets itself as an institution that is accessible for all. However, this furthers the need for the exhibit to be more exhilarating as children crave more interactive exhibits.

As an exhibition, Dressed to the Nines is a charming premise with a less than charming payoff.

Meryl Meryl McMaster, On the Edge of this Immensity