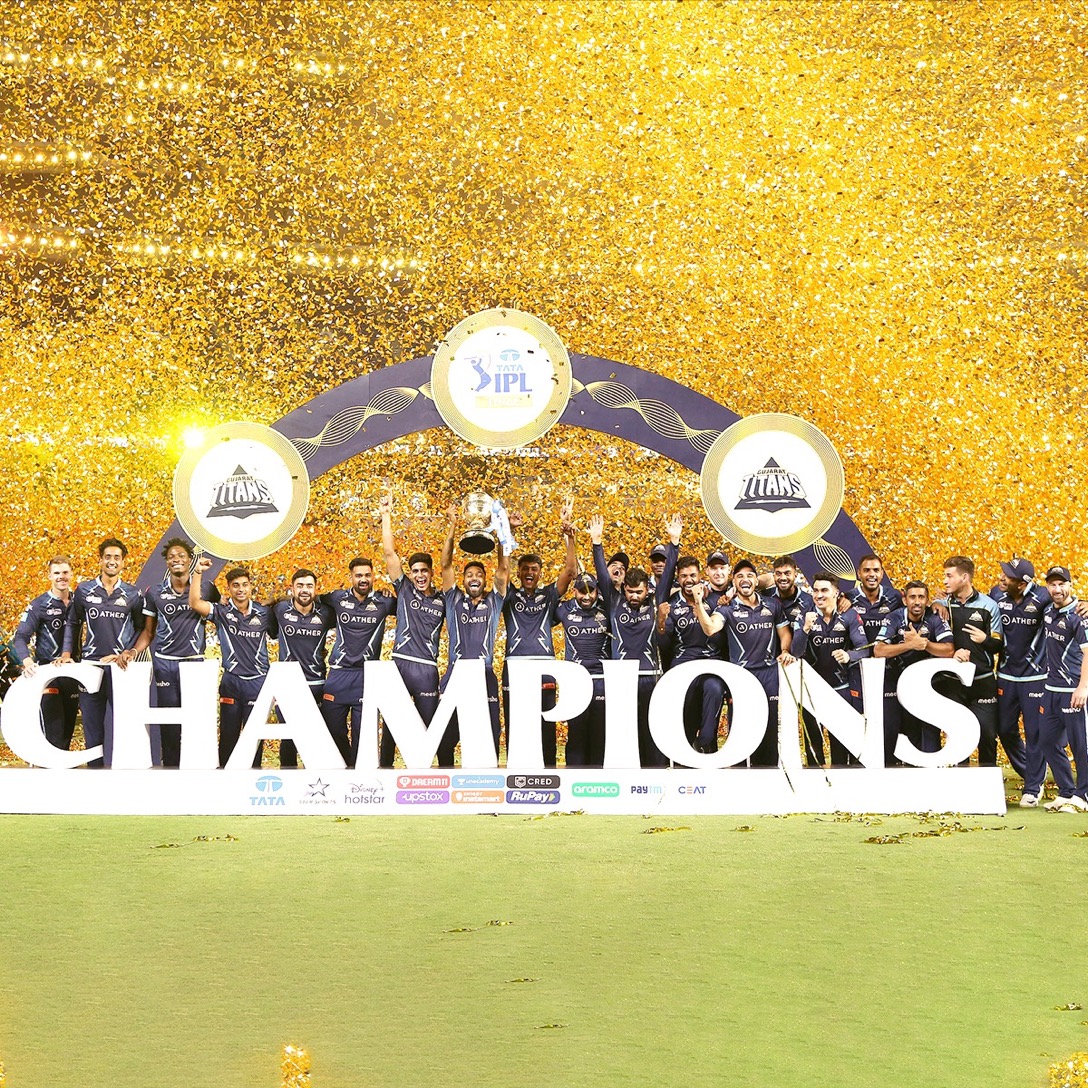 Sport Writer Will Rogers reflects on Gujarat Titans’ IPL victory, as well as the performances from English players in the competition

Will Rogers
Hi! I'm Will. I'm a third year history student at the University of Birmingham. My main hobbies are playing squash and dodgeball and I also enjoy reading about history, geography and sport.
Published at 13:00 on 14 June 2022
Images by Twitter/@gujarat_titans

The Indian Premier League is over for another year as the Gujarat Titans, making their debut in the competition, beat the Rajasthan Royals in front of 105,000 fans at the Narendra Modi Stadium in Ahmedabad. Once again, the competition was littered with foreign talent, including numerous English players, who had differing levels of success for their respective franchises.

Many English stars, including Kevin Pietersen, Ben Stokes and Jonny Bairstow have lit up the IPL in previous years, whilst others, such as Joe Root and Adil Rashid, have struggled to garner an opportunity to perform in the biggest T20 competition in the world.

In the fifteenth edition of the tournament, perhaps only two players can return home ahead of the English summer claiming to have had a successful tournament. Jos Buttler won the orange cap by being the tournament’s leading run scorer, hitting 863 runs, as he almost single-handedly dragged Rajasthan’s batting line-up to the final. Despite falling short to the Gujarat Titans, his season was a roaring success. He also tied Virat Kohli’s 2016 record of four centuries in a single edition, with every other player combining for the same number, truly showing Buttler’s talent and form.

Liam Livingstone was the most expensive foreign player in the auction and delivered on the trust that the Punjab Kings placed on him. Although unable to guide them to the playoffs, Livingstone scored 437 runs at a strike rate of 182, with 34 sixes, demonstrating his power when coming in at four. He also contributed the tournament’s biggest six, 117m off Indian international seamer Mohammed Shami, alongside a handy six wickets at under nine runs an over with the ball. Retained by Birmingham Phoenix for this summer’s The Hundred, it will be great to see him back at Edgbaston in this form.

Elsewhere, Moeen Ali had a decent season for a poor Chennai Super Kings side. The reigning champions finished ninth in the table, with Ali taking nine wickets at under seven runs an over. In general, his batting was inconsistent, yet a stunning 93 against Rajasthan on a tough wicket was one of the tournament’s finest innings.

Jonny Bairstow could not get going at the top of the Kings batting order, whilst Tymal Mills was expensive for the Mumbai Indians. The other English players, including Sam Billings, Alex Hales and Jason Roy, were unable to pin down a starting place which could have helped push their international ambitions.

With Eoin Morgan, Ben Stokes and Jofra Archer all absent from this tournament, some questions have been asked about future English success in the tournament. If Archer can successfully recover from his back injury then Mumbai’s eight crore investment might pay dividends, but given his record it does seem to be a risk.

Moving forward there is definitely talent that can maintain England’s reputation in the competition, despite no Englishmen featuring in the Gujarat Titans side, as players like Buttler and Livingstone hopefully continue to thrive. Harry Brook lit up the T20 Blast last summer for Yorkshire and has continued that form in the early stages of this season. Tom Banton already has some experience in the IPL and for England and could be an explosive option for any franchise in the upcoming years. Sam Curran may be a more established name, but his previous performances should not be forgotten, with more game time certain in the future.

The expanded tournament was a glittering success this year and English players certainly played a major role. Hopefully as the competition goes from strength-to-strength, English players will remain at the forefront on this monumental stage.