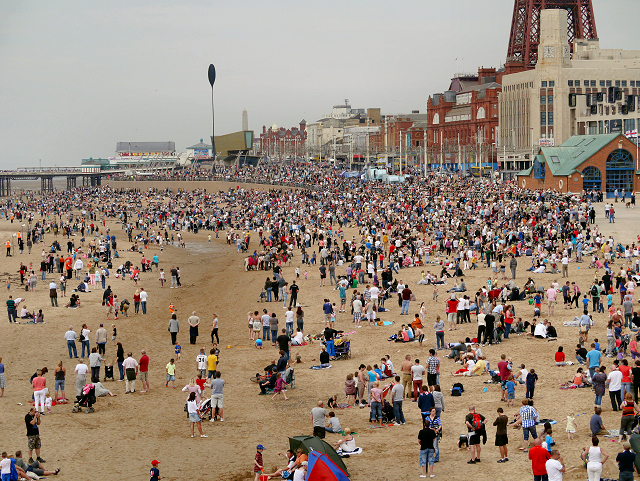 Is a Second Coronavirus Wave Imminent?

Written by Andrew Bailey
Published at 17:30 on 8 June 2020
Images by David Dixon

Boris Johnson has now relaxed the lockdown measures people in England have been subject to since 23rd March. However, with the announcement on Thursday 28th May that all non-essential shops will now open, and the ability for people to see groups of six outside at a social distance, further relaxing the rules again. It begs the question, will infections increase again making a second coronavirus wave imminent in the UK? The answer? It seems likely.

The UK has been hit with sunny day after sunny day while in lockdown, and it seems as soon as people have been given the chance, the opportunity for a day out at the beach has been too good to pass up. Both bank holidays in May have fallen on days where the sun has shone, with the most recent bank holiday having temperatures around 22 degrees. This has led many Britons to ignore the social distancing rules, and cram onto beaches all around the country. If just one of these people is a carrier of the virus, it would spread like wildfire through the crowds of people, infecting a large number.

It’s not just people flocking to beaches that will lead the UK to experience a second wave. Many parks are full of people enjoying the sun while still being furloughed, with big groups of friends meeting and sunbathing in big open spaces. This further increases the number of people out in the streets in the UK, increasing the likelihood of infection.

The problem the UK and the government have is that the economy is on the verge of a technical recession and already in a real recession, so the need to get back to normality as soon as possible is paramount for the government. However, it doesn’t seem as if the number of deaths is going down any time soon. With the number of deaths counted daily still reasonably high, it goes to show that there is still a large number of people infected with, or carrying, the virus. This coupled with a large number of people now cramming onto beaches as well as more and more shops opening, which encourages people to go out, it seems more and more likely that a second wave will hit the UK sooner rather than later.

It is not just the relaxing of lockdown rules that has led to an increased number of people going outside; confusion with the government’s key messages and the perception that top government officials, and have broken the rules they helped to create has led to people thinking that they now can do what they want. The government’s slogan of ‘stay alert, control the virus, save lives’, has left many people scratching their heads, confused about its meaning. Compare this to the simple phrase that was used before – the main message being ‘stay at home’ – and it is not hard to understand why. This leads people to believe they don’t have to stay home as much as possible, which is actually what the new guidance still means, so inevitably, more people will head out. Furthermore, following the controversy surrounding Dominic Cummings, has now also lead to plenty of people believing they can do the same, which will lead to the virus spreading more and therefore increase the risk of a second wave hitting England and the UK.