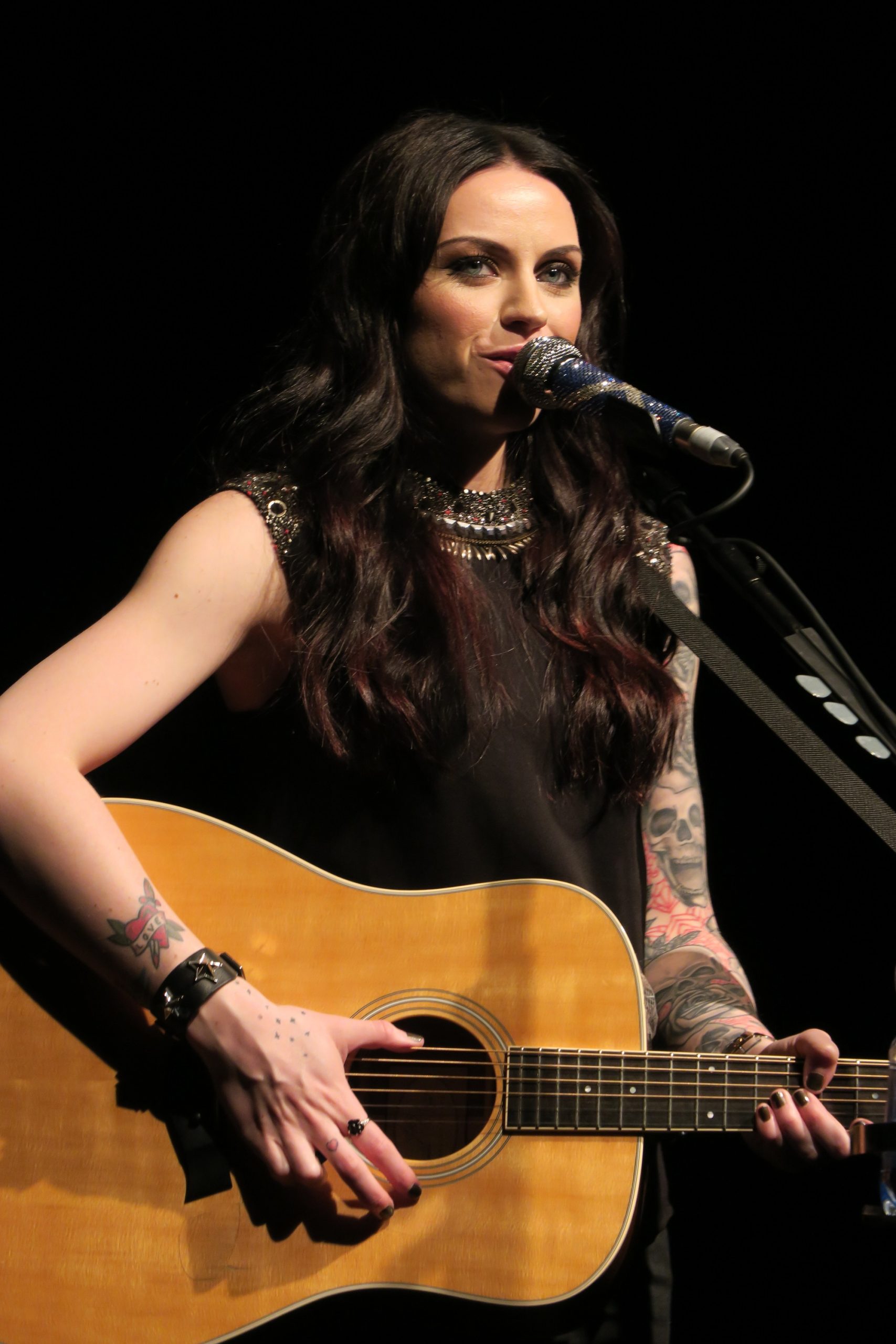 Written by Frankie Rhodes
Life&Style Print Editor- proponent of ethical fashion and lover of theatre.
Published at 14:30 on 13 November 2020
Images by Andemaya

In this time of uncertainty and unease, (accelerated by the recent announcement of a second national lockdown), we hold on to music for comfort. As we tune in to Spotify, or put on our third vinyl of the day, it is easy to forget just how much the live music industry has suffered during the pandemic. The #WeMakeEvents movement exists to highlight the support that the events sector crucially needs from the Government in order to survive. I was lucky enough to attend one of their live-streamed events, headed by the talented Scottish singer-songwriter Amy Macdonald, for an evening of brilliant indie-folk tunes.

Amy Macdonald rose to fame in 2007 with her hit ‘This is the Life,’ and album of the same name reaching number one in four European countries. Over a decade later, she has just released her fifth album, (and first release in three years), entitled The Human Demands. Emerging into the public sphere after it was briefly held up during lockdown, the album celebrates ‘life and the ups and downs that come with it,’ in the singer’s own words. Tuning in for an intimate gig, live-streamed from London’s cosy Mildmay Club, I was able to hear several numbers from the new album, as well as a few classic hits.

The evening began with a short interview, during which Macdonald spoke about the ‘amazing’ feeling of being able to perform again, after weeks of lockdown. She described the production of the album during coronavirus as a ‘crazy time,’ but seemed thrilled at the initial reactions to it, with one reviewer deeming it ‘heroic, hopeful and Springsteen-like.’ She also touched on her motivations for supporting #WeMakeEvents, describing backstage music and entertainment workers as ‘the backbone of the music industry’, who need our support in order for the entire regime to stay afloat.

After such a charming first impression, Amy Macdonald continued to impress with a viewing of her music video for new single ‘Hudson,’ a cheery yet mournful song about young love. The black and white video depicted a young couple in the 70s, with upbeat guitar riffs contrasting the wistful lyrics. Piano trills then marked the beginning of Macdonald’s live set, moving into the track ‘Spark.’ This re-acquainted the viewers at home (and small studio audience) with Macdonald’s unique timbre and ability to vary the texture of her voice.

Moving into ‘Statues’ from the singer’s new album, this featured a punchy guitar beat and expressive lyrics about childhood, yet the vocals at the beginning of each verse appeared a bit too low for Macdonald to comfortably cover. There were other moments, such as during her noughties hit ‘Mr Rock and Roll,’ where the singer opted for falsetto over more powerfully executed high notes, which was slightly disappointing. However, the sentimental, beautifully crafted nature of Macdonald’s songs still came through, with a particular favourite of mine being the refrain ‘I wish I knew you before.’

Beyond this, Macdonald’s witty anecdotes kept the audience entertained and gave the singer a refreshingly human side. From confessing that she now prefers hot drinks and early nights when on tour, to sharing her awkward experience of having her phone stolen that very day, she maintained a close relationship with the viewers (whether they were watching in person, or online). She also wasn’t afraid to warm up vocally before songs, admitting that this is part of performing new tracks for the first time, which added to the authenticity of the set.

Transitioning into her track ‘Fire,’ which Macdonald admitted was perhaps the most romantic song she’d ever written, staccato guitar riffs established a pleasant pop feel. Another notable moment was her performance of ‘Give It All Up,’ a seasoned track that was made new via an acoustic cover. Beginning simply with a plucked guitar and building up to include a simple harmony, the track placed a concentrated focus on Macdonald’s voice and resulted in some of the more impressive vocals of the evening.

Before launching into a final section that felt like the livestream equivalent of an encore, Macdonald performed a folky, roadtrip-esque song from her last album entitled ‘Dream On.’ This combined upbeat lyrics with layered backing vocals to create a lively ensemble. Her next number, ‘The Human Demands,’ is the title track of her 2020 album, but unfortunately fell short of some of the other numbers, with lyrics that felt a little bit cliché in their description of difficult times.

Fortunately, Macdonald was able to end on a high with ‘This is the Life,’ her catchy, thought-provoking hit from 13 years ago. The live performance really brought out the close harmonies that aren’t as prominent within the recorded version, and ended with an impressive building up of texture.

Macdonald’s performance really highlighted the importance of live music, in all its imperfect, authentic glory. Although her vocals could have been more powerful in places, her poetic lyrics and engaging stage presence made the evening highly enjoyable. With all profits from the livestream going towards the #WeMakeEvents campaign, Amy Macdonald should be praised for her dedication to the industry that she has been a star of for over a decade.

The Human Demands is available now via Infectious Music