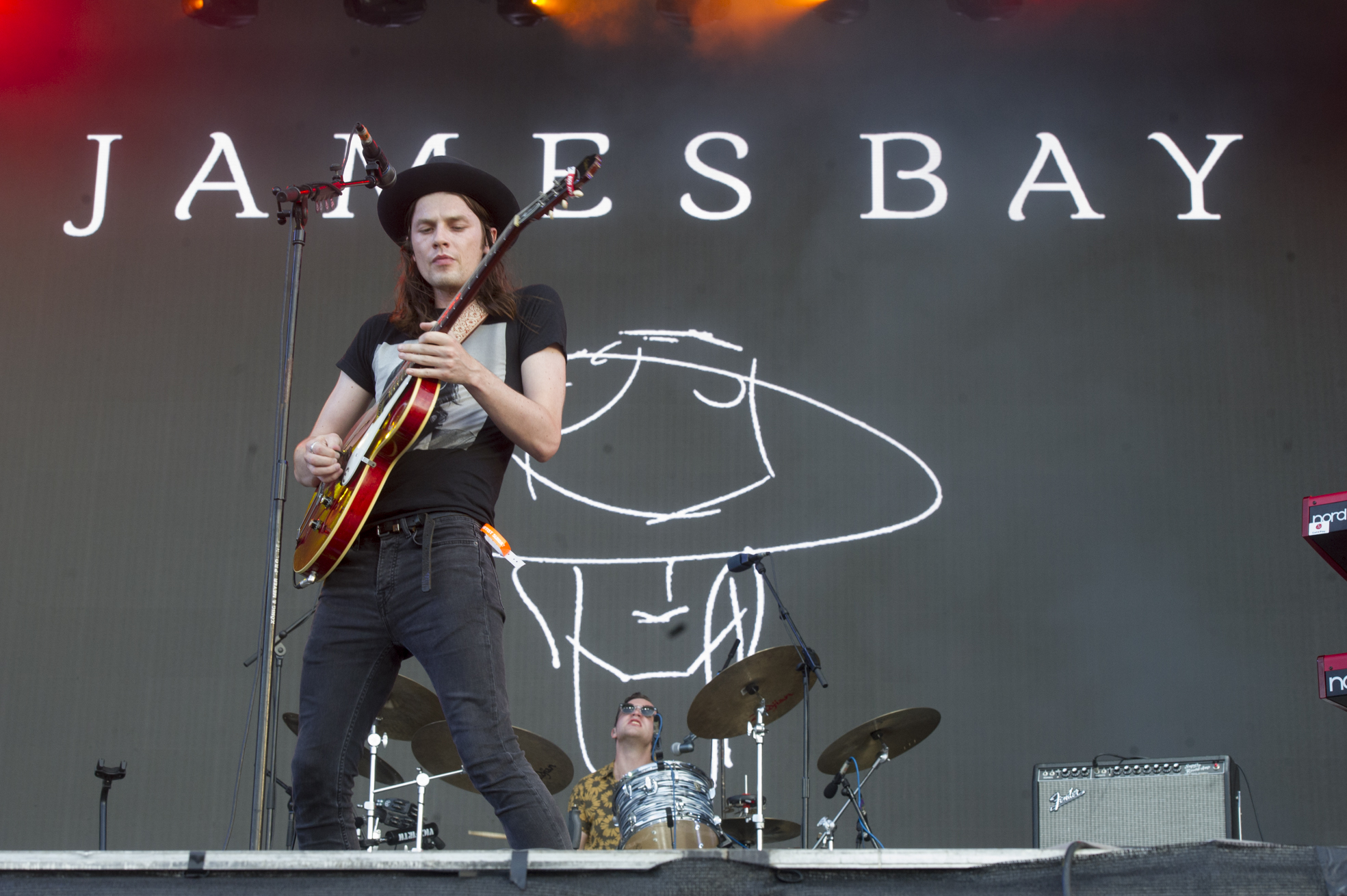 Written by Frankie Rhodes
Life&Style Print Editor- proponent of ethical fashion and lover of theatre.
Published at 10:30 on 30 October 2020
Images by InfoGibraltar

Most of us haven’t witnessed live music, theatre, or a performance of any kind, for months. James Bay’s gig on the 21st of October, livestreamed from Shakespeare’s Globe, combined acoustic pop hits with a beautiful historical setting to provide a much-need musical evening, accessible from home.

The singer rose to fame in 2015 after he won the ‘Critics Choice’ award at the Brits, releasing his debut album Chaos and the Calm in the same year. His success began with his catchy indie hit ‘Hold Back the River’, which he chose as the instrumental introduction to this unique socially-distanced gig. The livestream began with a birds-eye view of London, complete with twinkling evening lights, before focusing in on the artist, performing from the iconic balcony of the Globe. This complimented my own home set up perfectly, with my fairy lights and hot chocolate at the ready, providing the cosiest gig atmosphere I have experienced to-date.

James welcomed in viewers with his track ‘Scars’, re-introducing us to his beautiful voice that slides effortlessly into falsetto. Following this, a camera followed him into the main space of the Globe, decked out with warm, rosy lighting and a socially-distanced band. As the ensemble began to perform James’s recent hit ‘Chew On My Heart’, it was wonderful to see several musicians together within the same space, especially one as aesthetically impressive as the Globe. James addressed the viewers, joking about the unusual nature of an online performance, but affirming: ‘if this is how we can do it, then that’s how we’ll do it.’

This light-hearted enthusiasm stayed with James for the entire performance, and dispersed any awkwardness that may have arisen from the lack of a live audience. The empty theatre allowed for some atmospheric renditions of certain tracks, such as echoing drums and ethereal backing vocals during ‘Us’. Hinako Omori, on the keys, created a synth strings effect during ‘If You Ever Wanna Be In Love’ which added to the rich texture of the song, culminating in a beautifully layered outro. On the same stage that has witnessed the union of Romeo and Juliet, and the soliloquys of Hamlet, it felt profound to hear music performed in a manner that James described as ‘totally bizarre and wonderful at the same time.’

Due to clever filming, viewers were able to follow James around the outside of the Globe and up one of the inner staircases into a private room, where he performed a couple of solo numbers, accompanied by a hauntingly beautiful electric piano. The first of these was ‘Break Your Heart Right’, a moving track about holding on to love even through difficult times. Following this, a stripped- back cover of David Bowie’s ‘Life on Mars’, with its satirical, apocalyptic lyrics provided a testimony to the puzzling world we live in at the moment.

Returning to his backing band on the main stage, James launched into the upbeat ‘Pink Lemonade’, with flaring blue lights creating a music-video aesthetic feel. At times, it was almost easy to forget it was being filmed live, which is credit to the expert skill of the sound and light technicians. While the gig had previously mastered a chilled living-room vibe, it now accelerated the tempo to a stadium feel, which worked surprisingly well via the livestream.

Finishing this high energy song with a charismatic shrug, James transitioned into a performance of ‘Wild Love’, reinvented with a groovy electric guitar backing. The singer was careful to shout-out each member of the band, with the camera focusing on each member (as it had been doing throughout the gig) to showcase their talent. This was a refreshing alternative to what you might typically expect from a solo gig, and created a collaborative celebration of music.

The final section of the evening included exciting, upbeat performances of James’s best known hits ‘Best Fake Smile’ and ‘Hold Back the River’, ending the set with some impressive vocal runs, arching over the harmonies of the backing band. James finished by wishing everyone’s safety, and reassuring the viewers that their support was felt, even if it couldn’t be seen-  ‘we know you’re out there and we feel you.’ The camera panned out to show a quiet, sleepy London, surrounding the glow of the theatre.

As my first introduction to post-lockdown musical entertainment, this gig was a fantastic example of the skill of music and arts professionals, defying the odds during difficult times. The heartfelt, enduring messages of the tracks created a sense of solidarity, and even the sheer act of music being performed felt wonderful after such a long period of absence. In light of the government’s ‘Rethink. Reskill. Reboot’ campaign, this gig confirmed to me that artists should not be made to adapt to different occupations: art is what they were born to do.