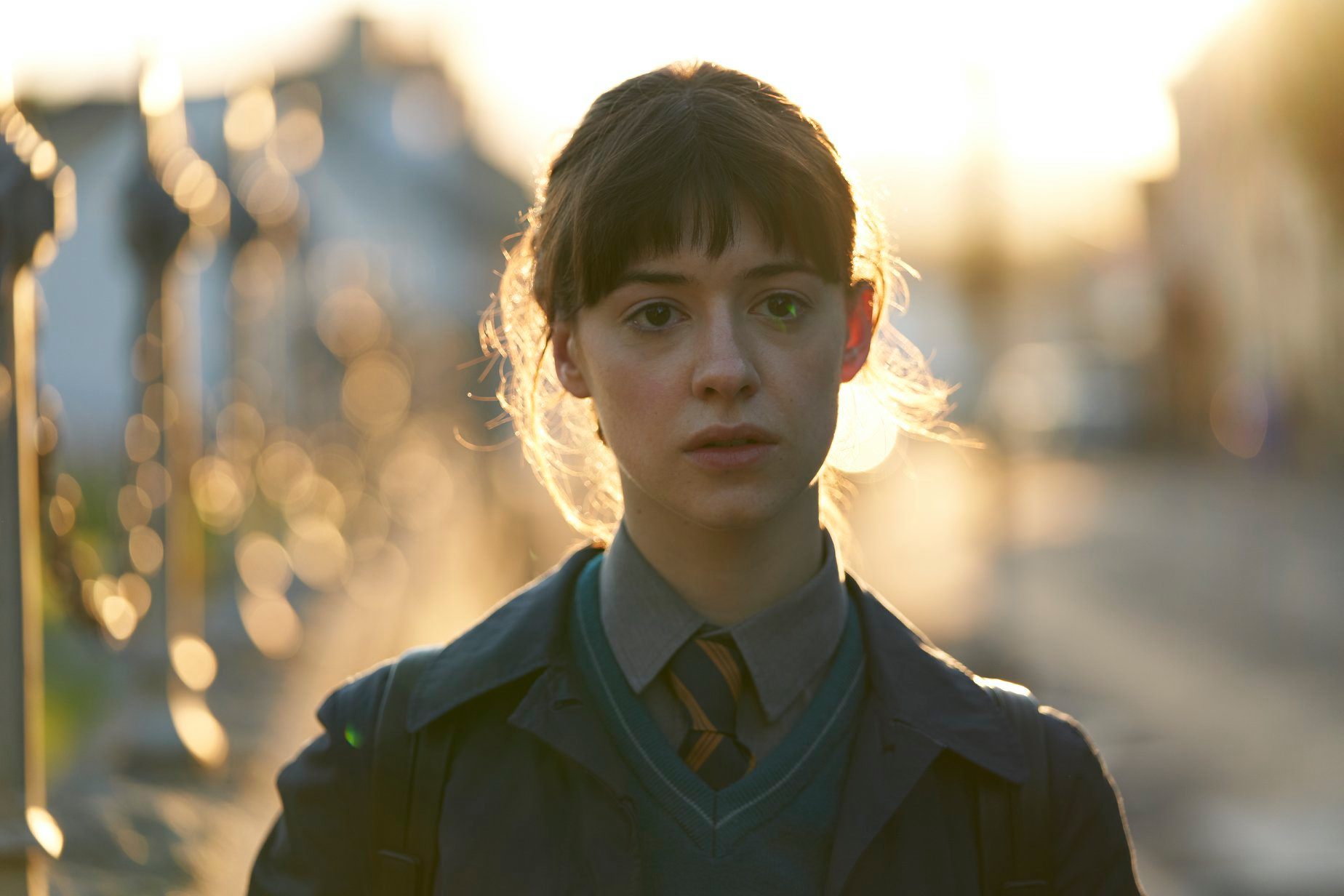 Normal People and the Class Ceiling

Normal People has been commended for many reasons, from its portrayal of young love, sex, consent, and a certain silver chain – to name a few. But what is integral to both Sally Rooney’s novel and its adaptation is its exploration of class barriers. Social disparity is even a facet of the shows setting as it takes place in Sligo, the Republic of Ireland directly after the 2008 economic collapse. Despite attending the same state school, Connell (Paul Mescal) and Marianne’s (Daisy Edgar-Jones) home lives could not be more disparate, yet intrinsically linked. Connell’s mother, Lorraine (Sarah Greene) is the cleaner for Marianne’s mansion. Marianne’s wealth isolates her at college, as the majority of working-class students see her as an outsider. This leads Connell to be fearful of telling his friends about their relationship, thus driving the pair farther apart.

However, this is reversed when Connell attends Trinity College Dublin with Marianne. Marianne fits seamlessly into the upper-class university culture of ‘chinos and loafers.’ Moreover, the house her family owns in Dublin from her mother years at the prestigious university predestine her place there.

However, Connell’s experience is drastically different. Despite being popular at high school and achieving the grades to attend the best university in Ireland – Connell’s class alienates him in this elitist environment. University has been labelled the ‘Great Social Leveller’, a meritocratic system whereby no matter what our social position at birth ‘society ought to facilitate the means for talent to rise to the top.’[1] This suggests that as they attend the same university, Connell has the same opportunities as Marianne. This could not be further from the truth.

I and many other working-class students discover this almost immediately upon attending university. We see Connell frequent various part-time jobs to financially support his degree, from a shop assistant to a waiter, all whilst studying. While Marianne lives in her family’s house in Dublin, Connell only has enough money to share a bedroom with another student. This is not the norm for Trinity students, leaving Connell to be alienated further – as when a student asks him if he is sharing their response is uncomfortably dramatic: ‘That’s…that’s brutal, man.’ Normal People brilliantly illustrates that systemic privilege makes it harder for the working class to succeed and infiltrate upper-class spaces. Despite Ireland (and the UK) being a self-proclaimed meritocracy, the term itself suggests we all have an equal chance of success – thus not recognising class, race, or gender as significant barriers to it.

Sally Rooney has been incredibly open on how she views the world through a Marxist framework, which is certainly apparent in her observations on social class. In a recent interview, she says she writes about ‘the transactional nature of relationships, how it’s so difficult to escape the transactional framework of capitalism which dominates our whole existence.’ This is depicted in the show, as Connell and his mother’s entire livelihood is precariously placed on their income from Marianne’s mother. Moreover, numerous studies and testimonies find that working-class people’s fear of debt is ever-present. Marianne naively tells Connell ‘You can’t be indebted for someone forever because they got you a job in a crappy restaurant, Connell.’ His curt reply, ‘Who says I’m indebted to her?’ Exacerbates this fear. Marianne testifies that ‘When you’re a famous writer, you won’t be indebted to anyone.’ However, this pipe dream does not change Connell’s present.

Notably, this conversation precedes Connell and Marianne’s break up. Connell’s job loss means he cannot afford to live in Dublin over summer. Instead of asking whether he can stay with Marianne, he seems unable to ask due to the fear of being indebted to her further. Despite fans proclaiming this was a frustrating plot point, borne out of lack of communication – it proves true for a working-class boy who is too proud to explicitly ask for financial support.

Only when Connell receives a five-year scholarship does the class ceiling begin to diminish before him. Cinematographer Suzie Lavelle captures Connell’s incongruity to the life he has earned with shots of his worn, dirty trainers against immaculate landscapes of Italy. Connell says that ‘foreign countries, they’re real now.’  He realises, ‘it’s money, isn’t it? The substance that makes the world real. I feel like the scholarship has made literally everything seem possible.’ And that’s because it has. For many working-class people, foreign cities cannot be not real for them, but only another reminder of a life they were not destined to lead. But with money, all the opportunities Connell has read about become possibilities for him, too.

Thus, Rooney accurately portrays how social class predetermines your way of life. Jamie’s (Fionn O’Shea) impertinent observation exemplifies class privilege, that without the scholarship ‘Marianne hardly would’ve been working in a garage, living with her mum, would she? This is life-changing stuff for Connell here.’ The most aggravating part about this sentence is not Jamie’s entitlement, but its truthfulness. Connell transcends the class ceiling in Normal People, but it is only his access to money that allows him to.

Rooney’s inspections on social class are a necessity in a society that increasingly attempts to eradicate the term. Dangerously, former Prime Minister Margaret Thatcher dismisses class as a ‘Communist concept… [which] groups people as bundles and sets them against one another.’ Normal People highlights that the class ceiling is very much intact, 23 years after this was said. By removing these terms from political and social conversations the barriers in place for the working class seemingly disappear with them. Indeed, the smokescreen of meritocracy wants us to believe that if Connell had had the damaging homelife Marianne suffers, he still would have been able to attend Trinity as she did. Rooney’s novel, and the brilliant BBC Three adaptation, is a powerful reminder that we are not living in a post-class society. Rather, we are far from it. We must have these ‘broad social terms’ of the ‘working, middle and upper classes’ in our artillery if we are to confront the privileges the upper classes have over the working majority, rather than silently sweeping these barriers, and thus working-class voices, under the rug.