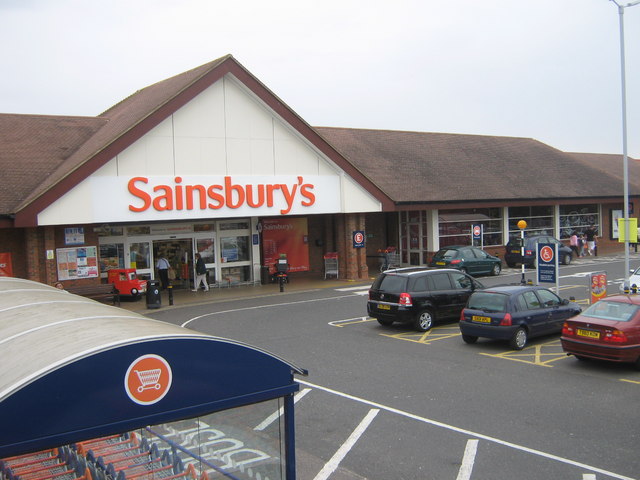 A montage of clips and images of a joyful family’s interactions. A phone call discussing the possibility of being together for Christmas, with the father bragging about his gravy. The song he sings brings the name to Sainsbury’s 2020 Christmas advert, titled ‘Gravy Song.’ With the message that ‘food is home, home is Christmas,’ the advert is a lovely testament to familial connection in our trying times. One would hardly imagine that such an innocuous advert, barely 60 seconds long, would inspire such outrage, even being dubbed ‘absolutely sickening’. What is the advert’s sin? That the happy family is black.

We should acknowledge it for what it is: racist. This is not the first instance of racist backlash in 2020 – notable examples include Diversity’s performance on Britain’s Got Talent that prompted 24,000 complaints to broadcast watchdog Ofcom for its reference to the Black Lives Matter Movement that was sweeping the globe and the reaction to an Argos advert featuring a black family with two mothers. Britain has a race issue that manifests itself in quotidian instances of racism, for which social media (often Twitter) can act as conduit.

In this case, Natasha Mushonga, mother of the two young actors in the advert, makes it clear that she views the negative reactions as racist and praises Sainsbury’s for their attempts at inclusivity. She says, ‘People say racism doesn’t exist, but if you are on the other side you don’t see that.’ In this year alone it has become clear that even mentioning racism is considered divisive, people are resistant to acknowledge their own actions as harmful, and are all too keen to overlook Britain’s history of colonialism. Consequently, those complaining about Sainsbury’s advert tend to hide behind concerns centred around representation and forced diversity instead of admitting their underlying beliefs.

Are their criticisms that diversity in media has gone too far and is now simply ‘virtue signalling’ fair or rational? Research into advertising in the UK tends to show that people of colour are technically disproportionately represented. Lloyd’s 2018 study found that Black, Asian and Minority Ethnic (BAME) people were present in 25% of all adverts. 4Sale’s findings are similar, and show that black people in particular appear often. As people are quick to point out, people of colour only make up 13% of the population based on the 2011 census figures and so they question why this overrepresentation is acceptable but having an all-white cast is exclusionary.

In short, this myopic view ignores the wider nuance of representation. For a long time, BAME communities had minimal representation in popular media while White British people saw themselves widely represented in film, television and advertisements. As minorities, race, ethnicity and heritage are generally more relevant to BAME people’s self-concept and identity; they cannot simply ‘not see colour’ when it is integral to the way they are perceived in the UK. Furthermore, a deeper dive into Lloyd’s statistics on representation shows that only 7% of adverts feature someone from any BAME community as the main or sole protagonist. They are less likely to be shown working – even in sectors where they make up a large percentage of the workforce and are often typecast into stereotypical roles. So neither quantity nor quality exists, with inauthenticity being a major problem. While some BAME people want their cultural differences to be shown and accepted instead of ‘white-washed,’ many people of colour wish to be presented in ordinary scenarios that people of all backgrounds can participate in – like celebrating Christmas with their family. Sainsbury’s advert presented black people as more than tokens, the one black friend in the midst of a white circle, the person singing and dancing. It placed them at the forefront of British culture.

Sainsbury’s had to field criticism that they were being ‘unrepresentative,’ that they only target black customers and so do not deserve white commerce. Somehow, people of colour are simultaneously a minority that ought to be ignored while also Sainsbury’s primary customer base. ‘You may as well rename yourself Blackbury’s,; one tweet said. Another said, ‘May I ask what ads represent the majority or has the ad world crapped its woke pants?’ I wonder, where were these concerns about relatability when Argos had an advert with blue aliens, with Aldi releasing various featuring a family of carrots, with Erste’s advert about a hedgehog? You have to wonder if there would have been the same complaints about representation and relatability if white Norwegian actors had played the role of the family. I feel that people would not have looked further into their ethnic background. The only notable difference with the actors in Sainsbury’s ‘Gravy Song’ advert would be the skin tone. So, how can this reaction be viewed as anything less than racism?

Sainsbury’s official response was that they sought to ‘represent a modern Britain’ by showcasing three different family stories for Christmas. That is absolutely my experience of Britain. I grew up in a London borough where white British people were under 50% of the population. I live in a multi-ethnic and multi-cultural world, but this is uncommon outside of major cities. Coming to university, I have met various people who had barely interacted with people of colour before moving to Birmingham. 13% may seem like a small percentage of the population but that is more than 8 million people. There is no harm in advertising playing a role in making it clear that British people come in all shades. Children of colour deserve to see themselves widely represented, especially those in areas where they are few. It can be especially positive for children in normalising positive and meaningful interracial interactions, allowing them to see people of colour in roles of authority, acknowledging that people who do not look like them share cultural practices.

Any outrage reads as a deliberate lack of identification to me. It perpetuates the view that being non-white is inherently un-British – that community does not go beyond skin tone or ethnic background. Research in the Journal of Consumer Behaviour indicates that the general trend is that white people – with the privilege that comes with being the majority group and represented frequently – are able to easily identify with ethnic minorities in advertisements as long as there were other similar characteristics such as age, profession and age. Thus, the indignation comes from a small group of people who choose not to identify with Sainsbury’s content. This also falls line with Channel 4’s survey results that show that only a minority of white British people openly admit they would feel more negative if they saw an advertisement featuring people of colour, at 4%. To that 4% and others with racist reactions: White-British people are not under threat. Inclusion of non-white people in popular media is not discriminatory, it is not segregation, it is not marginalisation, it is not needlessly ‘PC’. We, BAME people, form an integral part of the British community and deserve to be represented.

The leading supermarkets in the UK also agree: Following this backlash, Sainsbury’s and eight others put aside their competition to run back-to-back advertisements on Channel 4 on Friday 27th November. The adverts from Aldi, Asda, Co-op, Iceland, Lidl, Marks & Spencer, Sainsbury’s, Tesco and Waitrose all carried the slogan #StandAgainstRacism. Sainsbury’s ‘Gravy Song’ advertisement ran in both primetime slots in defiance of the racist criticism.

A Devolution Disaster: Is Indyref 2 on The Horizon?

Is the Christmas Travel Window Another Let Down for Students Across the Country?