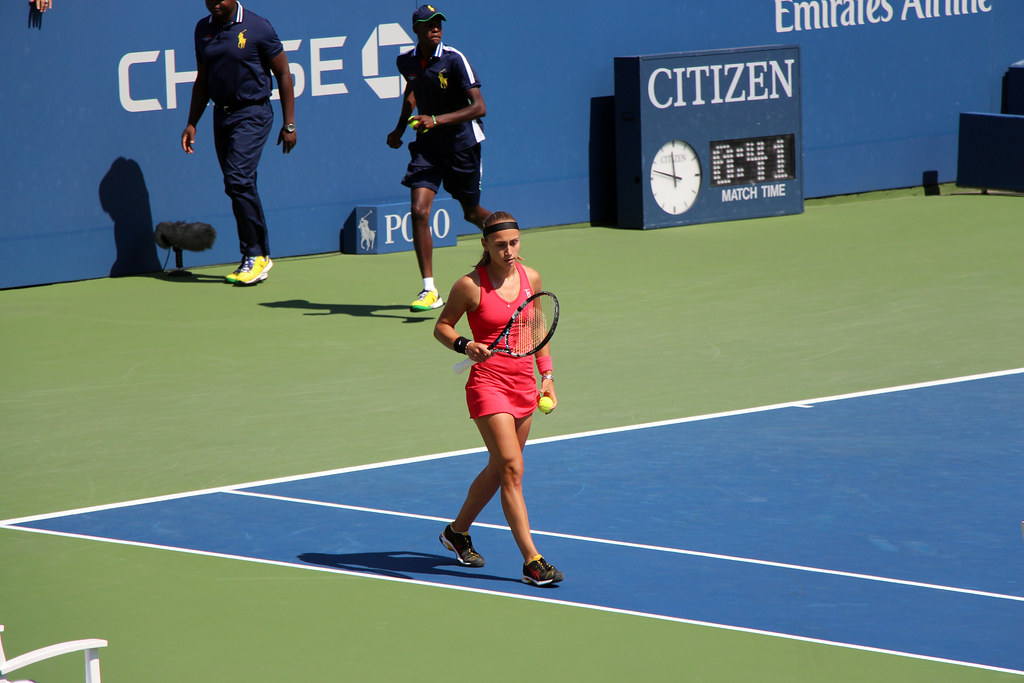 Written by Oscar Frost
Hi! I'm Oscar, and I'm one of the sports editors for the coming year.
Published at 11:00 on 15 September 2021
Images by Flikr/Karlnorling

Emma Raducanu made history on Saturday as she defeated Layla Fernandez 6-4, 6-3 to become the first British female to win the US open since Virginia Wade lifted the trophy in 1968. Raducanu was also the first qualifier to win the competition, as well as being the third teenager to win the women’s title without dropping a single set.

Fernandez and Raducanu were unexpected names in the final, both being unseeded. Raducanu certainly burst onto the scene with her run to the forth round at Wimbledon, but her success across the pond has silenced many of her doubters. Martina Navratilova in particular argued that her hecklers did not know what they were talking about when criticising the British player.

The nature of Raducanu’s exit from Wimbledon certainly highlighted her lack of experience for many onlookers, including herself. Indeed, she posited that “experience has caught up with me” in a post-match interview following the withdrawal. She did, however, go on to assert that the loss “will go a long way to helping [her] learn what it takes to perform at the top.” This comment certainly aged well.

Fernandez’s year has also not been covered in glory, having been knocked out of the women’s doubles at Wimbledon in the first round. In her last grand-slam singles appearance, she was also knocked out in the second round by Madison Keys. This lack of later round experience in major competitions placed her on a similar plane of experience, or lack thereof, as Raducanu, setting up a fantastic final.

After a very back-and-forth first set, Raducanu found herself with a set point on the Canadian’s serve with the score at 5-4. After fending off a ninety-six mile-per-hour serve, Raducanu produced a mesmerising forehand winner that whizzed past Fernandez at full stretch. Appealing to the crowd for more noise, it was clear that Raducanu had the momentum.

As both women held serve for the first three games of the second set, it seemed to be shaping up similarly to the first. However, Raducanu pounced on a weaker second serve from Fernandez that secured her a break of serve – and secured her the driving seat in the match. The Canadian was not done, however, as she then broke Raducanu straight back to haul herself back into the set. This seemed as though it could be a turning point for Fernandez, but the assured Raducanu stayed calm and focused. Trading blows like a heavyweight boxing match, the Brit executed a powerful passing shot that prevented Fernandez from holding her serve for a second service game in a row.

Both women proceeded to give the crowd some respite as they both held their next service games, but this meant that Raducanu was serving for glory with the match poised at 5-3. Two wasted championship points, and two break points, balanced the game on a knife edge. In the fray, Raducanu scraped her knee while stretching for a return, forcing her to take a medical timeout to stem the bleeding. An outraged Fernandez pleaded with the umpire that the break was stymying her momentum, but to no avail.

With Raducanu returning to the court, the crowd watched in awe as they attempted to ascertain whether the young Brit was rattled by the injury. She was not. Just a few short points later, Raducanu sent a 108 mile-per-hour serve on her third championship point crashing into the back-boards with an almighty thud. She fell to the ground as she finally became the US Open champion.

The level of tennis from both players was fantastic. Despite their youth, both displayed great power and precision, bringing the best out of each other. Standout performers throughout the tournament, both players will surely dominate sporting headlines for years to come.