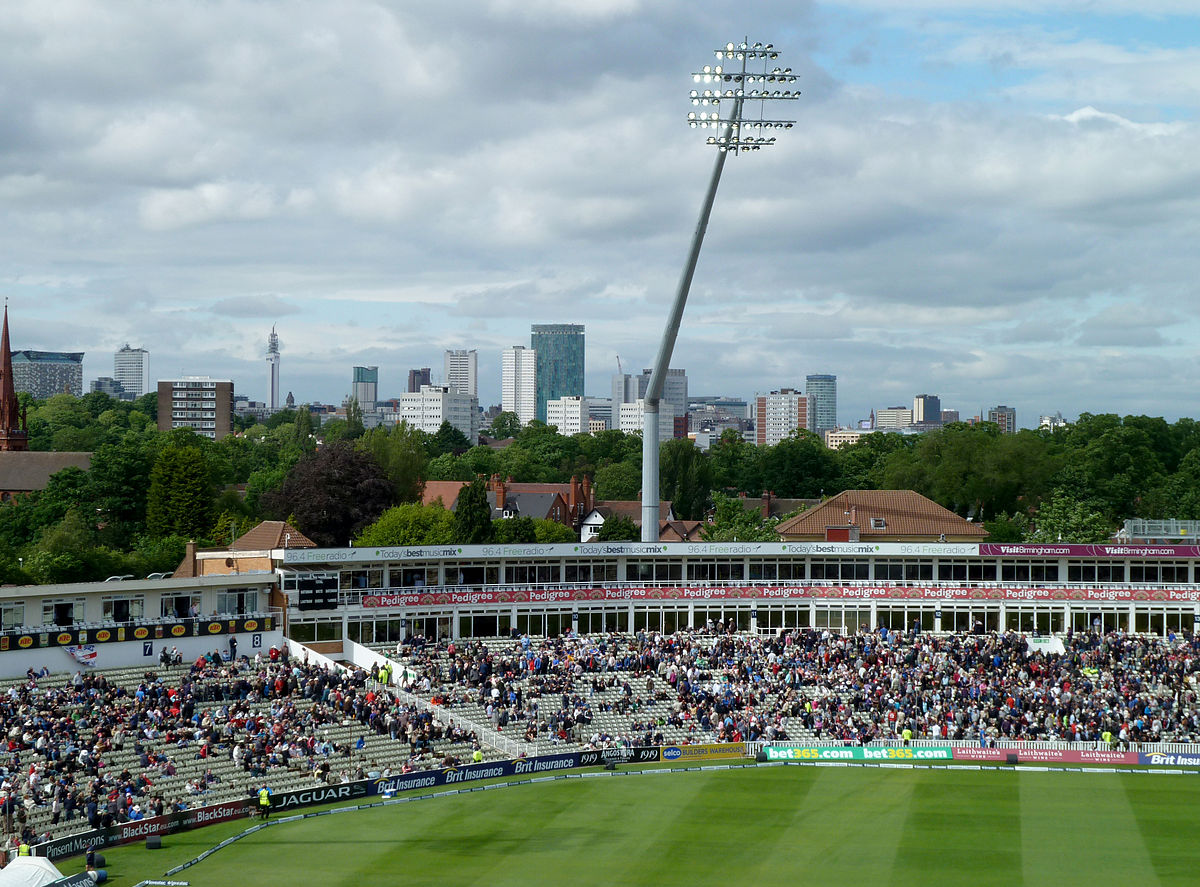 Written by Toby Fenton
@tobyfenton2 on Instagram
Published at 13:00 on 21 August 2021
Images by Wikimedia Commons/JimmyGuano

With the Birmingham Phoenix reaching the inaugural Hundred final (to be played at Lord’s on Saturday), it was a chance for the Birmingham media to ask questions of the England star and local hero Moeen Ali, who has captained the Phoenix this year. Both the men’s and women’s Birmingham Phoenix teams have reached the knockout stages – an incredibly pleasing feat from the city.

Despite returning from England’s devastating test match defeat to India at Lord’s last week, Ali seemed to be in good spirits ahead of his return to the Phoenix squad, with England releasing him to play in this historic game. ‘I’m delighted, I feel like we’ve put in a lot of work, and obviously I missed the two games, that Livy [Liam Livingstone] took over, and did fantastically well. But when they [England] told me I was allowed to play in the final, I was extremely happy, really looking forward to going again.’

When asked how the team had been faring in his absence over the last two games, Ali was pleased with their performances and the results they had achieved. ‘I feel like the guys are playing well, the fantastic players we have, and I was feeling confident. Everyone’s been contributing really well, so it’s good to be back and playing in the final.’

‘I almost feel like we’re getting better as players and as a team, performing regularly and doing well. I think our bowlers have been fantastic, even though it’s been quite tough, all the other bowling attacks have struggled as well. We’ve got a nice balanced team, and it’s one more big push tomorrow.’

Ali also discussed the value of young players coming into the side, such as Worcestershire’s young bowler Dillon Pennington, and allowing them to gain experience at the top level. ‘I think it’s really important, it’s not always about winning and it’s not always about who you call your best players or your senior players, the youngsters bring in something different. The fearlessness that we’ve needed from someone like Will Smeed for example, who’s been fantastic throughout tournament since he’s come into the side. Chris Benjamin, Dillon Pennington, the young players who have really stepped up in my opinion and we’ve really needed them too as well.’

The Phoenix will be without New Zealand international opener, Finn Allen, for the final and Ali was full of praise for the impact of Allen on the Phoenix’s fast starts with the bat during the tournament, adding that despite the lack of big scores ‘he’s done really well’ and noted that his partnership with Will Smeed at the top of the order has really ‘put bowling attacks under pressure’. Despite this, Ali is confident that the team ‘could cope and do well’ despite Allen’s departure, ‘as long as they stuck to the process.’

When asked about the privilege of captaining his team to victory, Ali was typically humble, and while he is incredibly proud to be captain of his home side, he is focused on the team result, pointing out that it ‘would be amazing’ if the team was victorious on Saturday evening. Ali is certainly confident in their chances, regardless of which side they will be playing against, with the eliminator between Trent Rockets and Southern Brave taking place on Friday evening, from which the Brave emerged victorious.

Finally, Moeen Ali discussed his perspective on representing the city of Birmingham (his home city) and the effect a Phoenix victory would have on the city. He noted that it ‘meant a lot’ and that he is ‘very proud’ to represent Birmingham in the tournament. He also said how ‘fantastic the support has been’ and the positive impact it has had on the team.

You can catch Moeen Ali and Birmingham Phoenix in the inaugural final of The Hundred at 6:30pm on Saturday 21st August 2021.

Why Jack Grealish’s Sale Could be Beneficial for Aston Villa