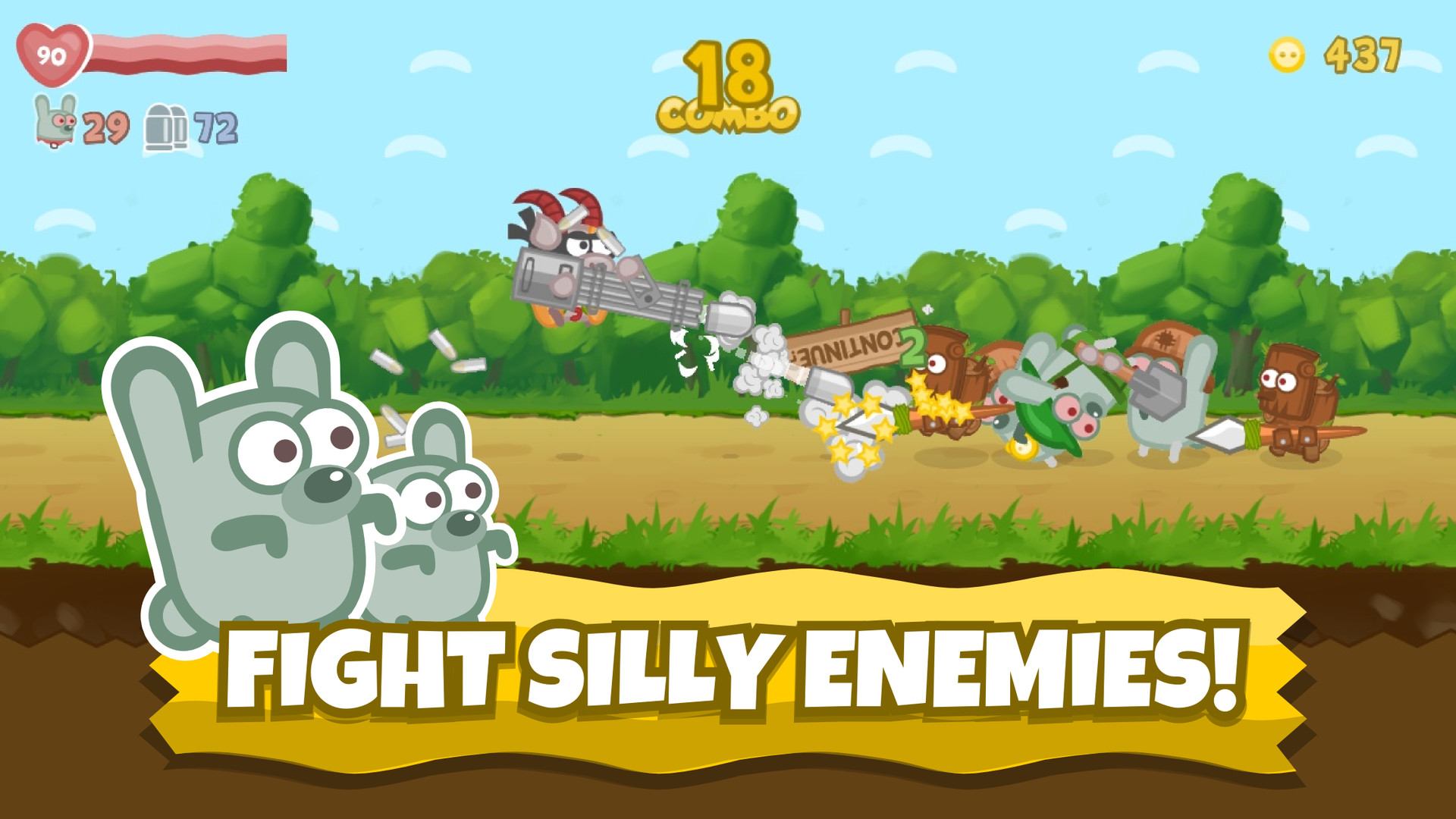 James Law
Gaming Editor. Was told it's probably a good idea to change my bio from being a Garth Marenghi reference.
Published at 07:00 on 22 January 2019

From the developer of Iron Snout comes Bacon May Die. Available in early-access on Steam and with the latest demo playable online as well as on mobile devices. For those of you unaware, Iron Snout is an extremely simple game mechanically, where you play as a pig in the centre of the screen, reacting to various baddies coming at you from both sides. Hitting the directional keys allows you to use your varied moveset and hoof the face off of invading wolves. It’s undemanding to learn, but will catch you off guard more than you care to admit, and it takes real skill and practice to master. A crackling little title.

Bacon May Die is developer SnoutUp’s logical progression from this. Now, your piggy protagonist can move across the whole screen, opening up a whole new dimension of combat rather than just playing piggy in the middle. This may seem like a ham-fisted attempt to iterate on an existing game theme, but it works extremely well. Now, you can chase the enemies around the 2D plains, dodge-wallowing under huge maces and jumping up to hijack airplanes and deflecting rocket blasts from your ranged enemies. The increased freedom of movement allows for far more variety in the enemies you face, with little red hedgehogs who always catch me off-guard by dashing at me at the last second and huge hulking skeletons chucking bones at my poor little snout, leaving me oinking in agony. Swiftly and deftly dodge in all directions as your hambidextrous friend pulls off some extremely stylish combos.

There are so many different weapons this time around too, as well as cool costumes. You’ll go from shooting snakes from a gun donning a monocle to slapping your enemies with a sausage whilst wearing a silk top hat. The variety of combinations you can wield with guns as well as melee weapons allows for a magnificent number of playstyles, but I’d rasher not boar you with the details. I’ll leave you aloin to enjoy.

The gameplay just feels good. If you try to get greedy, the game will punish you in later levels, but is forgiving enough to enjoy without being a huge tryhard. There’s snout wrong with either style of play, so you can get serious and try to optimise your loadout or just use the toast gun because it’s funny.

So I don’t wanna hear any swineing about this game. You can name your own price on itch.io – I advise being philanthropig. Sorry for writing so much hogwash and spam, but I can’t recommend this highly enough – we should never take fun little romps like this for grunted. It’s a bacon of hope for gaming, and that’s no porky. Gam-mon (like game on – too much?) and live that Porklife.