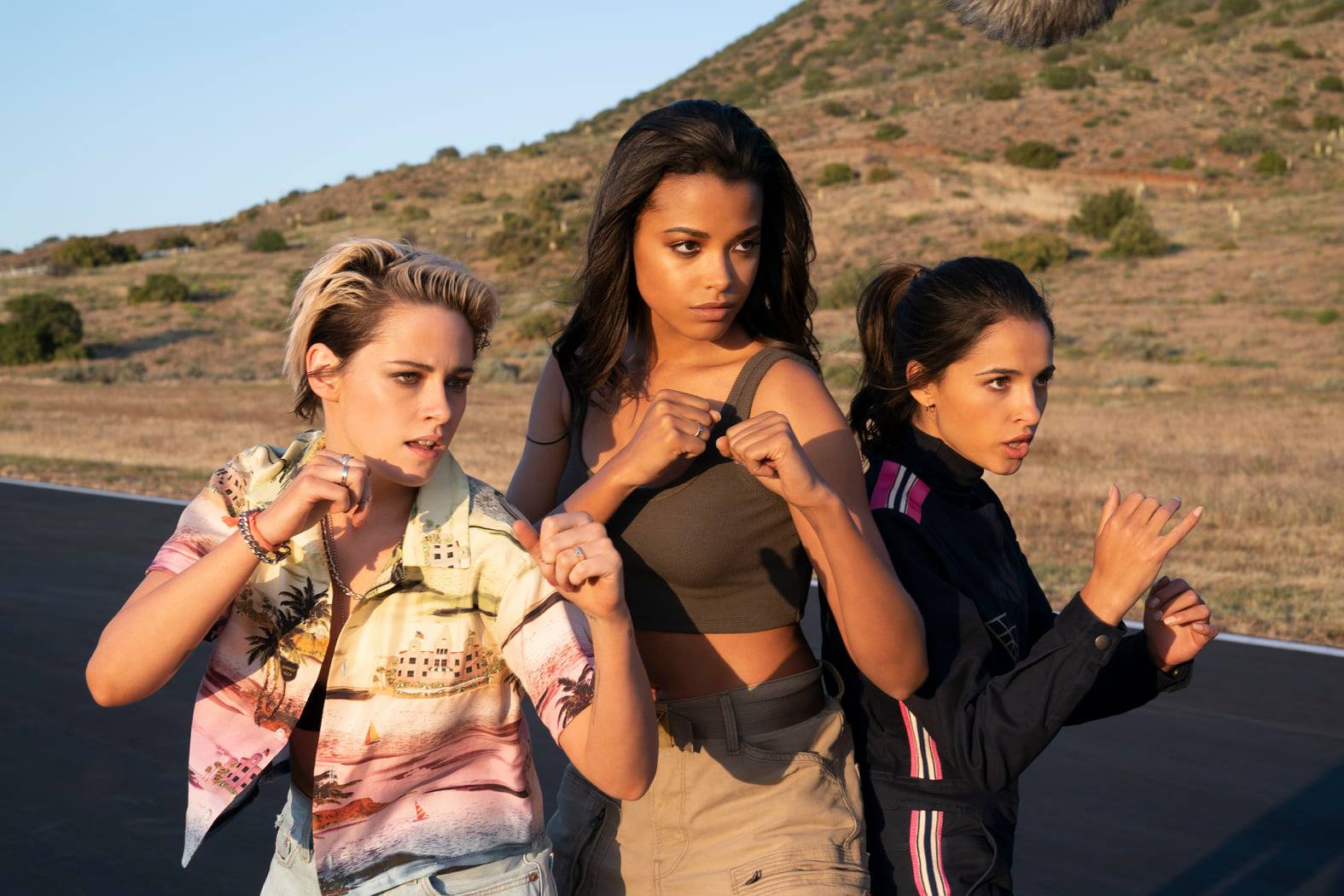 Ellie Burridge is disappointed with the stylish yet hollow remake of Charlie’s Angels, finding its ass-kicking protagonists lacking in any real depth

Ellie Burridge
I've watched Iron Man 3 thirteen times, so take all of my reviews with a pinch of that.
Published at 14:00 on 31 December 2019
Images by Sony Pictures Entertainment

The Charlie’s Angels reboot is what we get for not giving last year’s The Spy Who Dumped Me the love it deserved. Both films approach the spy mythos from a similar angle, but The Spy Who Dumped Me managed to be a consistently funny take on female friendship with action scenes that rivalled those found in major action franchises.

Charlie’s Angels delivers on none of those counts.

A lot is made of Hollywood’s reliance on reboots, sequels and the like. They’re not always a bad thing, and anyone can draw to mind a decent list of good sequels/remakes/reboots off the top of their heads – but Charlie’s Angels is one of the examples where brand recognition is the only thing the film has going for it. There’s been something distinctly joyless about the whole marketing campaign and release, from the terrible song ‘Don’t Call Me Angel’ to Elizabeth Banks’ defensive comments, to the inevitability of internet trolls doing their utmost to tank the IMDb and Rotten Tomatoes audience scores. All this for a movie that is best described by a shrug and a ‘meh.’

The plot certainly doesn’t break any boundaries: a young woman (Naomi Scott) discovers the technology she designed could be used for evil and tries to find a way to stop it from falling into the wrong hands – even though those hands could be in the very company she designed the tech for. Along the way, she comes into contact with a team of Angels (Kristen Stewart, Ella Balinska). The rest is very much par for the course.

Charlie’s Angels makes gestures towards being an action-comedy, but the humour is predominantly a lot of Whedon-esque one-liners, which grow repetitive without any sort of emotional core to back them up. This style of writing isn’t helped by the lack of comedy performers – the only ones capable of wringing out laughs are Kristen Stewart and Sam Claflin – and the abandonment of character-building as a tenet of storytelling.

None of the characters would be likeable on paper; it is only Kristen Stewart who manages to inject charisma into a character who literally calls herself annoying. Furthermore, any chemistry between the three leads (upon whom the film supposedly rests) is stripped away by the break-neck pace of the plot, which never allows for moments when the women can slow down to have a chat and become believable friends.

Case in point: when one of the Angels cries by the bedside of another, it comes across as stilted and unnatural even though it’s clearly supposed to tie into her character arc. Since more work was put into picking out costumes for said character than developing her personality, this doesn’t come as much of a surprise. (The costumes are great, though).

Director Elizabeth Banks may have wanted to make a big-screen parable on female empowerment, but she seems to have interpreted ‘strong female character’ in a twisted way. Yes, women who shoot guns and fight baddies are cool, but the strength of character comes from taking the time to develop them into three-dimensional beings. There are strong female characters who fight (Furiosa from Mad Max: Fury Road, Carol Danvers from Captain Marvel) as well as strong female characters who don’t (Lady Bird, all three leads from The Favourite, Rose from Titanic). The thing they all have in common is that real care was put, by the screenwriters, into fleshing out their personalities, wants and feelings. “Lady shoots gun” is not feminism (at least, not by itself).

The fault is not with feminism in films. The Spy Who Dumped Me and Spy are both feminist subversions of the spy genre, and they’re both excellent. But Charlie’s Angels seems insistent on having its finger on the pulse of the moment, and comes off as horribly misguided in the process. The opening credits are set over a montage of random girls around the world doing things, and it looks like tampon commercial. The brazen lack of subtlety is enough to make anyone – feminist or not – wince.

None of this is to say that the film is awful. If anything, it’s lazily mediocre—a cash-grab without the energy behind it to grab cash, as its box office performance in America suggests. There are plenty of things to like: Kristen Stewart’s performance really is all it’s cracked up to be; every costume change excited me to a degree that made me concerned about my own materialism, and there’s an exciting midpoint action set-piece in a quarry (of all places).

Charlie’s Angels is not the train-wreck its detractors would have you believe, but it would have benefited from a tighter, more character-driven script and at least one cameo from Lucy Liu (deserving of an extra half-star even). As attempts to cynically tap into the zeitgeist go, it’s not the worst (it’s not Joker) but if you’re searching for a feminist spy film, you’d be better served by one of the recent entries in the genre unattached to big-name franchises—like The Spy Who Dumped Me, Atomic Blonde or Spy.

Charlie’s Angels is in cinemas now.