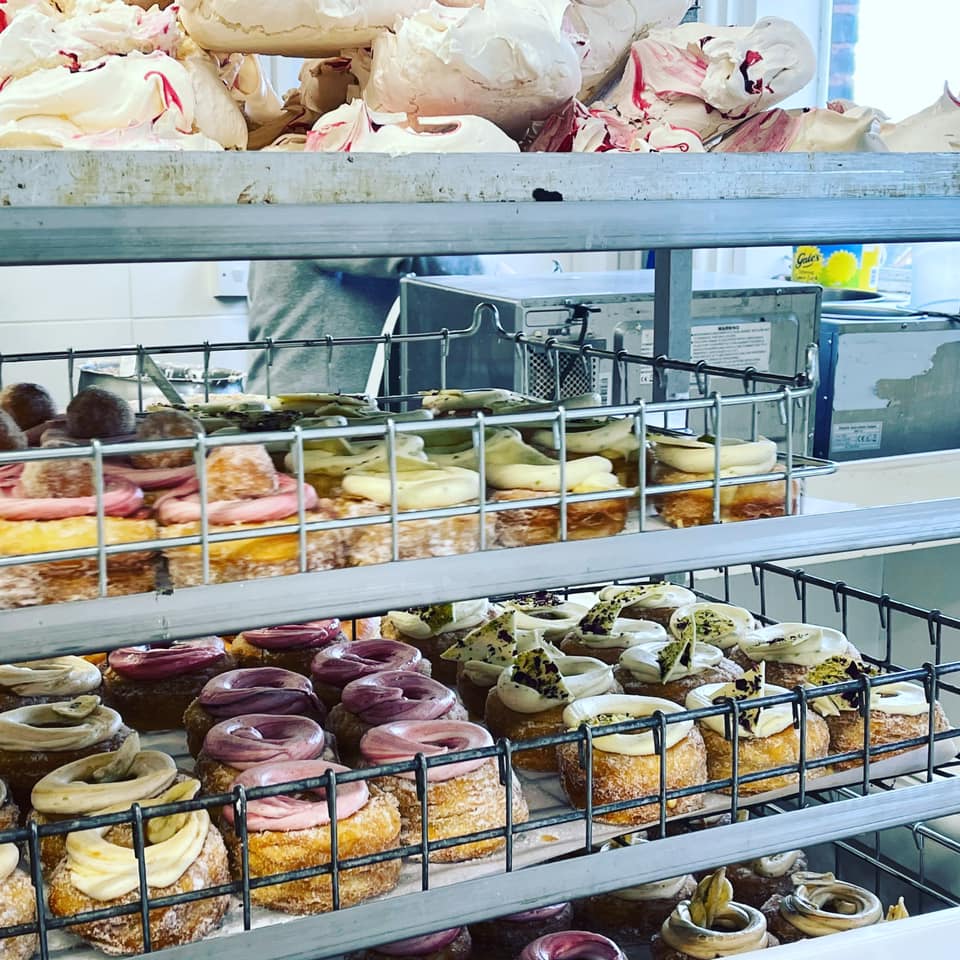 The Medicine Bakery, renowned for its astonishing array of baked goods and notorious for its aesthetic interior, has never failed to deliver on inventive recipes and delicious culinary combinations. Whilst I am well acquainted with the dining menu, I am less experienced with the glorious display of cakes and pastries that are presented in the entrance. The large craters, boasting piles of fudgy chocolate brownies and gloriously plump donuts, are a beautifully irresistible welcome, delighting customers with a stunning display of artisan bakes.

My experience of the Medicine Bakery’s cakes and pastries is limited, having only tried their acclaimed ‘Cronut’ (a combination of both a donut and croissant). Disappointingly, I was left feeling somewhat underwhelmed. The dough was a little dry and the flavour was limited, seeming to provide predominantly on the novelty of a hybrid confection, rather than on taste. For £4, I was anticipating the taste to match the pretty appearance, but sadly I was let down.

With this in mind, I was keen to try the ‘Cruffin’ I had heard so much about. Because of my disappointing encounter with the ‘Cronut’, I was sceptical that the ‘Cruffin’ would be in any way better. There was a plentiful selection of Cruffins on offer, but the snickers flavour tantalized my taste buds with its nutty allure.

The exterior was of course delightful; a tall ginger-brown muffin, crinkled with the texture of a croissant and dusted with a blanket of snowy icing sugar. The head of the Cruffin was covered in silky milk chocolate and mousey buttercream, topped with golden candied peanuts. I was enamoured with the visuals but was aware that previously I had felt the croissant inspired bakes had promised more than they had delivered.

My initial mouthfuls were disappointing. The icing was relatively bland and seemed to focus on looking appetising, rather than resembling the rich chocolate flavour of a snickers bar. The candied peanuts provided a pleasant contrast in texture, brittle and chewy against the softness of the pastry. I was concerned that my £4 had gone to waste.

However, once I had reached the melted chocolate beneath the buttercream, things began to look up. The chocolate was flecked with the saltiness of peanuts and complimented the sweetness of the doughy Cruffin. The texture of the Cruffin itself was also pleasant; whilst I had found the Cronut dry and overly chewy, the Cruffin fell apart in my mouth and was tacky enough to taste even a little moist. Cakier than I had anticipated, the dough was soft and stodgy, undulating with the rippled layers of a croissant. The flavour was certainly more enjoyable than the Cronut; the centre was filled with thick oozing chocolate which seeped into the crevices of the flaky Cruffin base. I was pleased that the tones of nuttiness were strong enough to taste, but not overpowering, providing a pleasing symphony of flavour.

Overall, I would say that £4 is a slight stretch for the quality of this bake. The creativity of this concept is undoubtedly unmatched, but the flavour was somewhat underwhelming. Whilst the Cruffin was a significant improvement from the cronut, I still felt that the overall charm of the Medicine Bakery’s produce was based in its aesthetic dining hall, rather than in the quality of its bakes. Creative yes, crummy – a little severe, but not the taste experience I had hoped for.

Check out these baking articles: