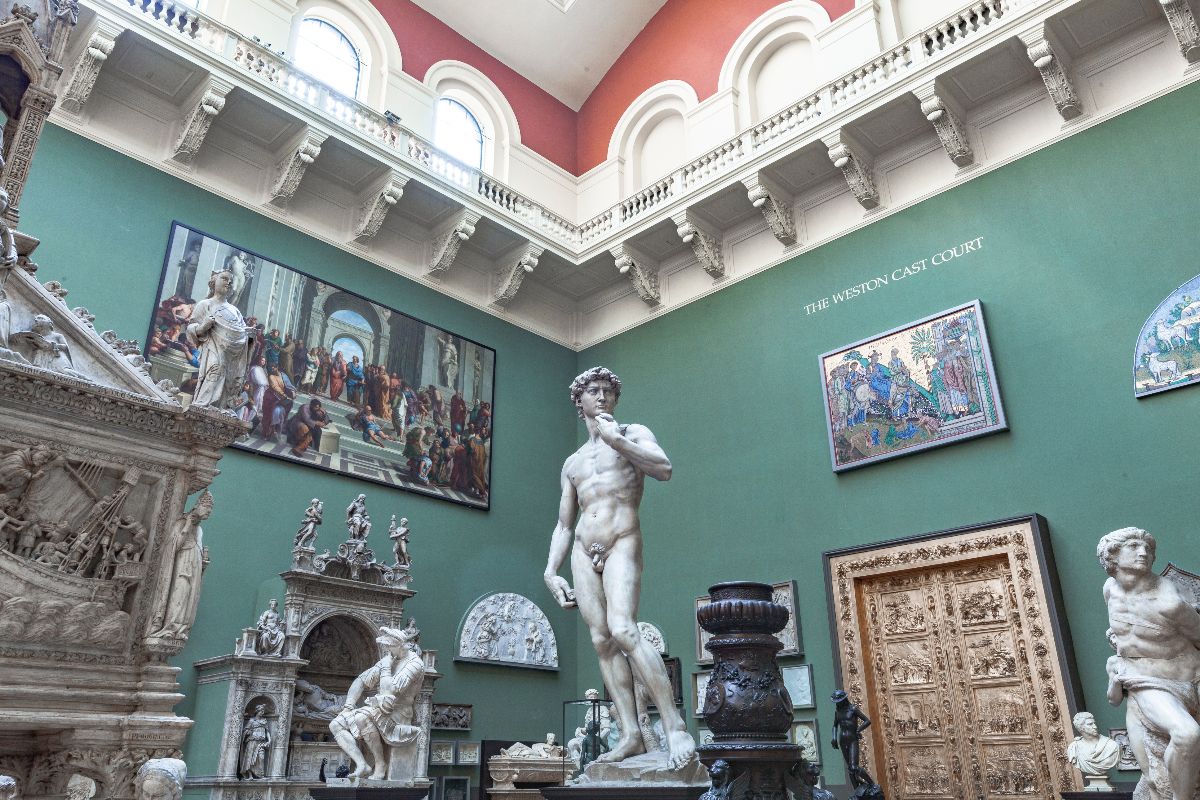 Review: Secrets of the Museum

BBC Two’s documentary about the V&A (Victoria and Albert Museum) is the perfect viewing whilst Britain’s museums and galleries remain closed. The series is split into six episodes, all delving into several different objects from a range of collections, which provides a wide insight into the museum.

Although heritage may not be the most appealing topic for students, Secrets of the Museum is committed to showcasing the exciting aspects of the V&A’s collection. For example, in the third episode, a curator ventures around London to find Extinction Rebellion’s promotional material for the rapid response collection. Whilst the series also considers Renaissance sculptures and Shakespeare’s First Folio, viewers see how our contemporary culture is reflected in the V&A.

Secrets of the Museum frequently considers popular music and film as well as classical art. From alternative images for David Bowie’s Aladdin Sane album to a stormtrooper costume to Kylie’s dressing room, the series proves that these are not a lesser form of culture but deserve their place in museums.

One particularly poignant aspect of Secrets of the Museum is how the series relates the objects to the owner’s personal history. In a way, this is more fulfilling than a regular trip to the V&A. Although you do not get a chance to admire the objects in real life, watching the series provides an in-depth exploration into certain artefacts from the collection. My personal favourite example of this is Pumpie, the moth-eaten elephant from the V&A Museum of Childhood. The documentary explores how the toy was made by the children of the Cattley family in the early twentieth century and, once he is repaired, a relative of the family is invited to see him.

As the series was filmed last year, it considers the work behind the Christian Dior: Designer of Dreams, which is the most-visited exhibition to date. This exhibition was highly commended, and its praise is well-deserved when we see the amount of detailed work put into it. Secrets of the Museum focuses on the V&A’s textile studio’s detailed work as they prepare a raspberry pink cocktail dress for the exhibit. Rather than merely putting the dress on a mannequin, Flecker shapes the mannequin to mimic the original owner’s body. As the dress was a present from her late husband, it is touching to watch the original owner see her dress displayed once again.

Secrets of the Museum also succeeds in highlighting the unsung heroes behind one of Britain’s best institutions. Unfortunately, careers in heritage are frequently low-paying. However, the documentary shows how the museum’s employees are immensely skilled and find their work rewarding. Moreover, we see a varied selection of the V&A’s employees from all genders, races, classes and ages. Representation in the heritage sector is typically scarce shown in Arts Council England’s 2020 diversity report which the organisation’s chair deemed to be a ‘disappointing picture’. Although this may a deliberate move by the documentary makers, the V&A wonderfully exhibits a more diverse workforce.

The conservators’ skills are wonderfully demonstrated in the documentary series. In the second episode, the art technicians have to remove the frames of the Raphael Cartoons, vast paper paintings by the Renaissance artist. This involves grand industrial action to ensure that the process does not harm the priceless paintings and is a tense watch. On a smaller scale, a mystery substance found on the Raphael Cartoons is then examined under a microscope, showing how essential scientific progress is in assisting our institutions.

One aspect that I felt was slightly brushed over was the colonial legacy which remains in our museums and galleries. The V&A, created by Queen Victoria herself, was founded in the height of the British Empire but Secrets of the Museum does not fully consider the implications of this. For instance, they mention that Pumpie was a ‘quintessential colonial toy’ due to his being an elephant dressed in maritime clothing. Also, as the Asian Department searches for more saris from the 1920’s, the series’ narrator mentions imperial history but does not delve into this in relation to the museum. At points, such as when discussing the Great Exhibition, I would argue that the British Empire is portrayed in a nostalgic manner with twinkly intriguing music playing in the background. In my opinion, whilst Britain cannot forget its colonial past and should acknowledge it, museums and galleries have a responsibility to not romanticise it.

Despite this, the documentary series excels in selling the museum by showing sneak peeks of upcoming exhibitions. The fifth episode explores the photographs which inspired Lewis Carroll to write Alice in Wonderland for the upcoming exhibition Alice: Curiouser and Curiouser. This exhibition may now be delayed but gives viewers something to look forward to when we can visit inspiring institutions like the V&A again. For the meantime, we can watch  Secrets of the Museum to bring the collections to life through our television screens.

Check out more articles about museums and galleries here: