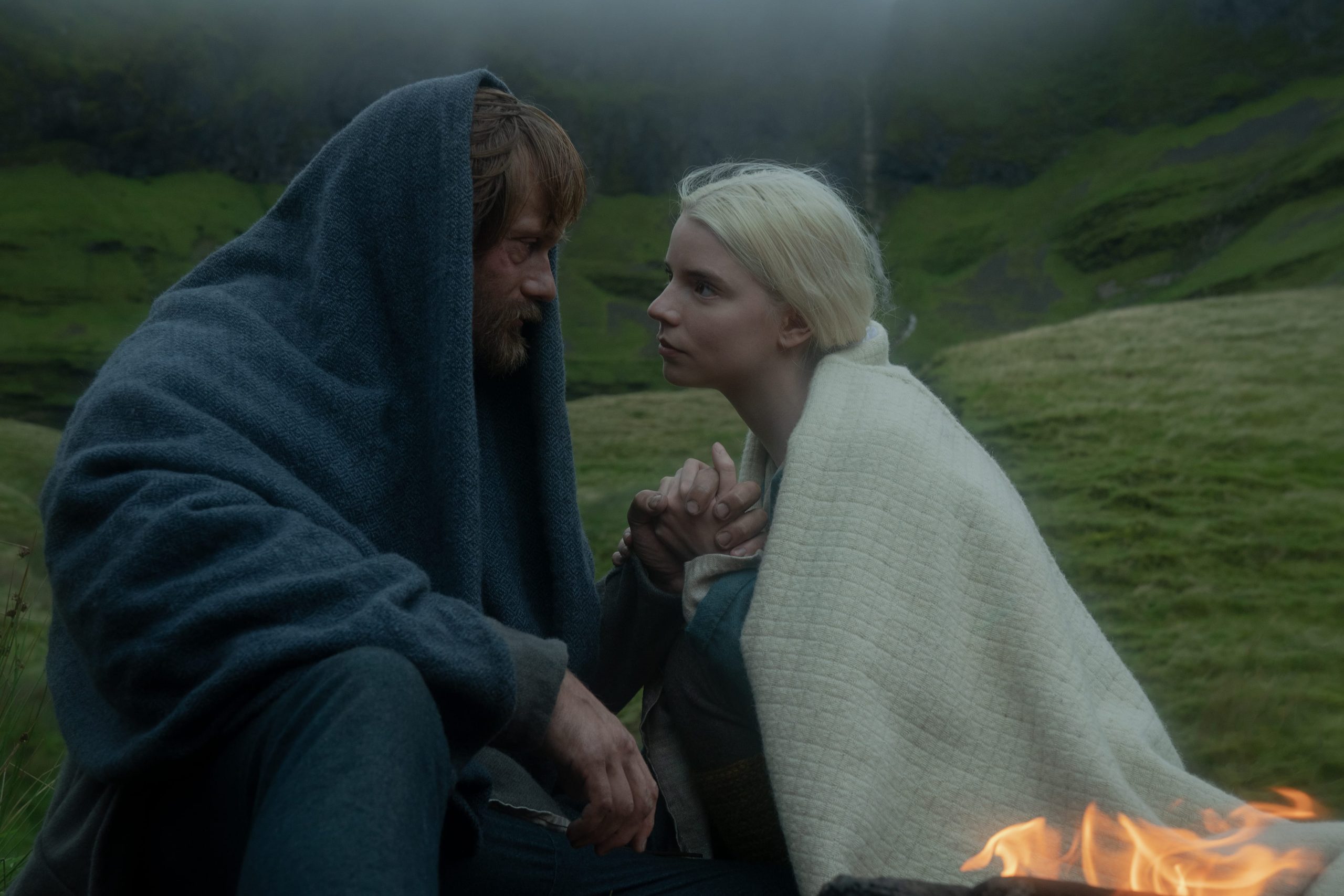 The Northman is the most impressive spectacle I have seen so far this year. Director Robert Eggers has expanded his scope to bring us a brutal revenge epic that dazzles on practically every technical level. Eggers’ assured direction unfolds in beautiful long takes, the music feels epic, and the cinematography brings every frame to life. However, this is all traded for a story of revenge that remains uninteresting throughout. The Northman lacks the humanity needed to make a revenge story compelling. Eggers’ latest is his most beautiful to date, but those looking for a gripping story will find The Northman lacking beyond the surface level. The Northman is stunning enough to make up for this but is held back from reaching the heights of Eggers’ previous titles.

The Northman follows Prince Amleth (Alexander Skarsgård), who vows revenge after his father, King Aurvandill (Ethan Hawke) is ambushed and killed by his brother Fjölnir (Claes Bang). Eggers directs with confidence, employing a number of long takes that track the action in close quarters that compliments the brutality of the action. It works so well because of the impressive stunt work and the bloody violence that more than satisfies. Eggers wisely chooses to not show everything when the action breaks out. This means when he commits to showing everything on screen, it feels rewarding. The direction is a highlight, without Eggers’ steady hand behind the camera, The Northman risks falling under the weight of its deliberate dreariness. The Northman is at times a struggle to watch. I found its consistently dour tone too heavy-handed at times. Eggers’ direction lacks any humanity that I feel is necessary when telling such a personal story of revenge. The Northman does not do enough build-up between Amleth and Aurvandill to get you to care much about the relationship. Without this, it can be difficult to find a character to sympathise with. Amleth is driven by hate, and his story unfolds at a slow pace that never fully justifies itself. The misery is oppressive, and without any tonal balances, it keeps The Northman almost too serious. The characters are trapped in a story that leaves little room for anything aside from its revenge plot. The impressive feat of The Northman is how it manages to offset its dull story with some of the most beautiful frames I have seen in recent memory and its impressive performances.

The cinematography in The Northman is nothing short of breath-taking. It balances landscape shots with up-close shots that capture the haunted emotions of Amleth. It reduces its characters to mere insects against the imposing hills, in the best way. It traps the characters and the audience. Scenes shot in the dark add to the atmosphere of The Northman, with ingenious use of lighting spare enough to add to the moody atmosphere. Along with the moodiness are visually arresting moments of Valhalla. These moments are kept to a minimum, which creates a good contrast of colour to keep the audience invested on a visual level. If The Northman sacrifices story for visuals, then its visual storytelling is the highlight, and I think enough to draw in audiences. The performances in The Northman also captivate. I have not seen much of Skarsgård, but his quiet stoicism compels audiences to his character when the story does not. You can feel his pain bubbling under the surface, and when it bubbles over Skarsgård goes from an imposing brute to the child he was when he witnessed his father’s death. For his limited screen time, Hawke is also a highlight. His accent is inconsistent, but his pure magnetism makes this easy to overlook. The same can be said for Amleth’s mother, Queen Gudrún (Nicole Kidman). She does not have much to do for a while, but when her character becomes more fleshed out she turns into a devilish figure that invites hatred, which an actress of Kidman’s skill can reliably pull off. Bang surprisingly does not get the same attention as Kidman. His performance is fine, but he is not given the material to paint a picture of his true evil. As a result, the antagonist of The Northman leaves something to be desired.

The Northman feels like a film going through an identity crisis. It tries to satisfy the mainstream audience along with the more arthouse A24 side, yet ends up picking a middle ground that I fear risks not wholly satisfying either crowd. The Northman worked for me from a purely visual and performance perspective. Even if occasionally dull in its story, The Northman does enough to keep you wanting to see Amlef take his revenge. Eggers’ third film is an epic that takes audiences on a journey of beautifully bloody revenge, but might not be a journey audiences have the endurance to take more than once.

The Northman is out now in cinemas.

For more on recent releases, check out these articles from Redbrick Film: