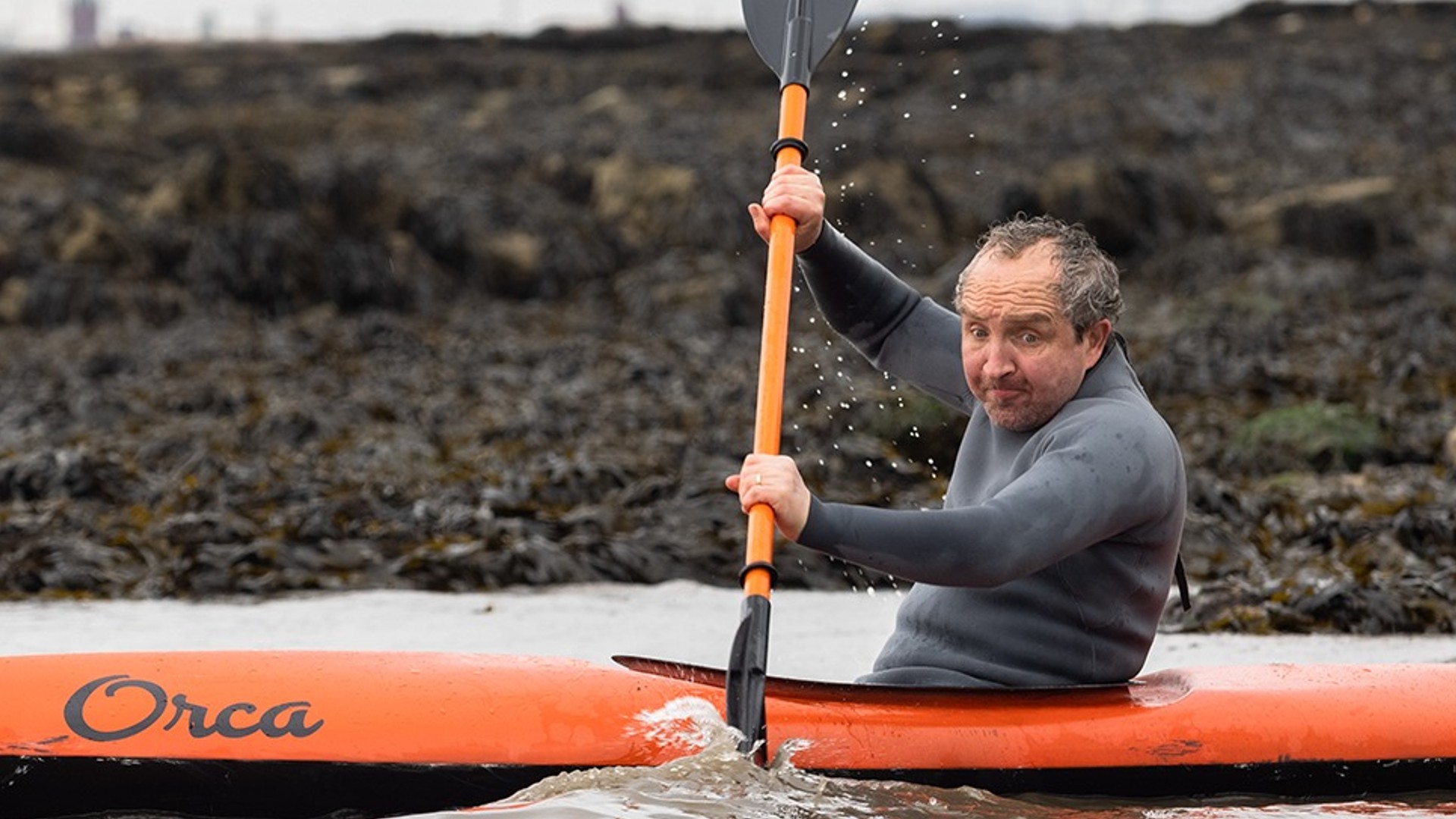 Review: The Thief, His Wife and The Canoe

The Lazarus plot – the faking of one’s death – has a rich televisual history. Sherlock Holmes (Benedict Cumberbatch) plummeting to the ground from the roof of St Bartholomew’s Hospital. The controversial (heavily leaked) surprise resurrection of Game of Thrones’ Jon Snow (Kit Harington). Bobby (Patrick Duffy) stepping out of the shower in Dallas, his death having been a mere fantasy. You’d be forgiven for thinking The Thief, His Wife and The Canoe to be another fictional account of a faked death. An absurd plot created by a show director, laced with poetic license, heightened characters and unbelievable coincidences.

Shockingly, however, the story of The Thief, His Wife and The Canoe is true.

The Thief, His Wife and The Canoe tells, in four instalments, the baffling story of John (Eddie Marsan) and Anne (Monica Dolan) Darwin. Having found himself in financial ruin, John Darwin decided to fake his own death, by riding a canoe out to sea and failing to return. His wife was to collect his life insurance money to pay off their debts and – that’s where the plan became a little hazy. What followed – both in real life and in the show – was years of lying, hiding, running and fleeing, with a rather daring and inexplicable quantity of fleeing back again.

The viewing experience of The Thief, His Wife and The Canoe is a strange one. It was broadcast on ITV 1 and is available on the ITV Hub, and for once you will thank your lucky stars for adverts. You will – I almost guarantee it – be Googling “Anne and John Darwin actual story” within three seconds of the ad break. Your fervent Googling will reveal that an astonishing quantity of what seems like fanciful writing really did happen. The amount of time, for example, that John was able to live squirrelled away in the house next door to Anne’s post-disappearance. The ease with which he adopted a false identity. Quite how much jetting around the world the couple were able to do despite John being legally dead.

Of course, as the title card readily admits, some characters were invented and events heightened for dramatic effect. One notable heightening appears to be the characterisation of Anne herself. The Thief, His Wife and The Canoe appears to have been striving for a ‘perfect victim’ type narrative, where Anne was entirely coerced into her actions by her controlling husband. Great effort is made to emphasise how Anne has never known life without John, so cannot conceive of a husband/wife relationship unlike her own – which is characterised by frequent belittling, patronisation and expectation. She objects to little avail at every step of John’s plan and is described as ‘a good person who has done a bad thing’ by a journalist.

Anne’s meekness carries through to the narration, which she provides throughout the show to progress the story. She offers retrospective evaluations in a flat monotone, which emphasises the flat matter-of-factness of the absurd situation. Along with her, you very quickly accept that this is the way that life is now – Anne Darwin lives the dual life of a grieving widow and suffering wife, both at the hands of the same man. A man who, contrary to the treatment of his wife by the showrunners, has no redeeming features whatsoever.

The black and whiteness of their portrayal is a little unsettling. I personally think that it causes one particular aspect of the show to fall through – the characters of the couple’s sons. As in real life, the grief of Anthony (Dominic Applewhite) and Mark (Mark Stanley) was real. They were unaware of their parents’ plot and believed their father to be dead. Throughout their grief, they preach about their father as a great man and a wonderful, loving Dad. The audience sees no evidence for this – all we see is his callous treatment of Anne and his fixation on money. His protestations that he is doing this ultimately for his family are obviously untrue. If we were shown any evidence – through flashbacks perhaps – that the boys’ relationship with their father was strong enough to justify the magnitude of feeling they expressed, perhaps their inclusion in the show would have cut a little deeper.

The dramatisation was an enthralling watch, intensified by the deft use of colour to differentiate the bleak dourness of the UK from the bright optimism of Panama. The characterisations felt, however, a little too simplistic – one in the villain box, one in the victim box and a couple in the collateral damage box. I hypothesise that the simplicity of The Thief, His Wife, and The Canoe may have been the result of trying to condense an utterly baffling story into something manageable. A mean feat, done perhaps as well as it could have been.