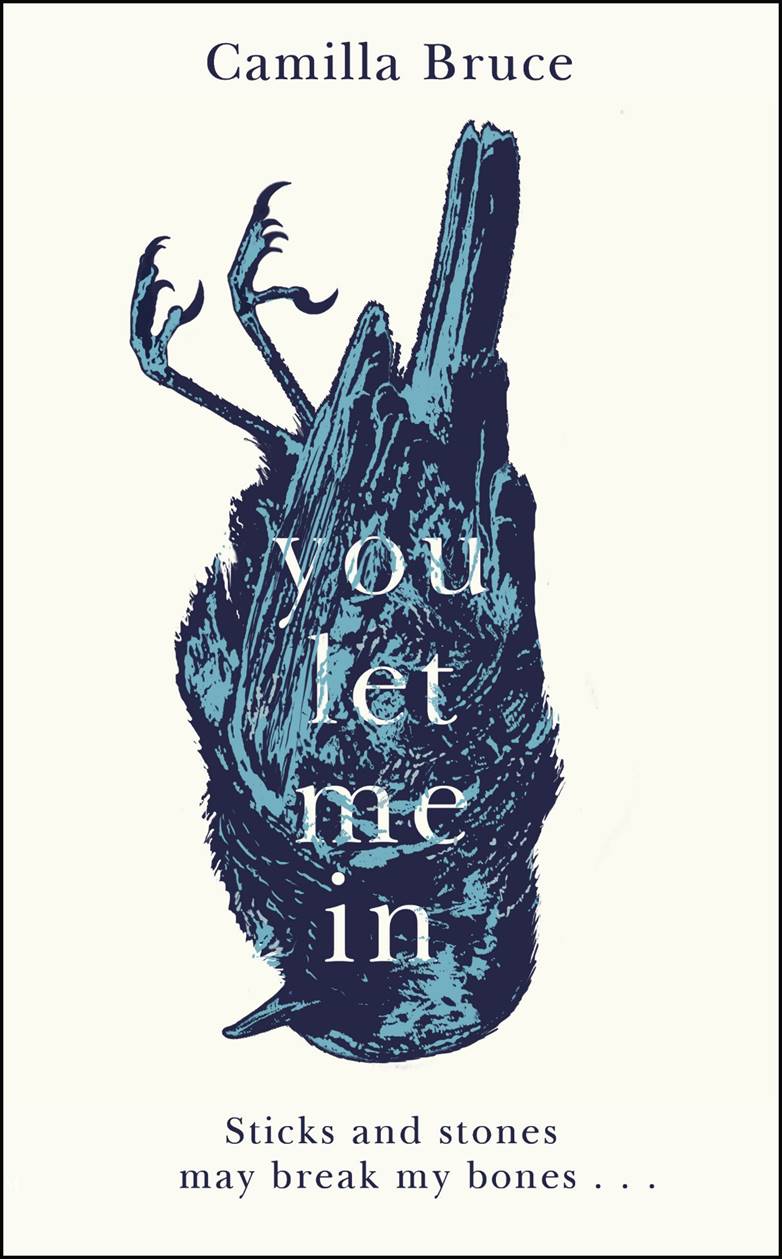 Review: You Let Me In by Camilla Bruce

Culture editor Emily Gulbis reviews the thrilling story You Let Me In; with a plot that ranges from the fairy-like to the supernatural, Camilla Bruce’s debut novel lingers hauntingly in the mind of its readers

‘Fiction is sometimes better than reality, don’t you think?’ These are the words Cassandra Tipp imagines her niece saying, as she looks at the row of pink books that her aunt, a bestselling author, has written on love, a subject which, by all appearances, she knew little about during her life. This proposition introduces the novel’s two narratives, which are irresistibly entwined: one is of a supernatural world where Cassandra finds love and companionship with the woodland figure Mr Pepper-Man, in stark contrast with the other human world, in which she has been abused by her parents, ignored by her brother Ferdinand and scorned by her sister Olivia.

The story begins with Cassandra’s niece Penelope and nephew Janus entering their aunt’s house: it has been a year since she disappeared without a trace, and they have been instructed to find her final story, and with it, the secret to earning her money as their reward. They find the novel, made up of stacks of pink pages like a ‘marzipan cake’; it looks deliciously tempting to bite into, and could offer the answers that everyone is eager to know: did Cassandra Tipp commit all those murders, is she truly mad?

There are several elements that make this book impossible to put down: firstly the mysterious and tantalising lines that mark the end of each chapter: ‘If you keep turning the pages, I will tell you just what he was.’ As more and more questions arise from the fantasised, half-obscured narrative of Cassandra, it becomes futile to resist reading further, in the hope of learning whether the supernatural world and Mr Pepper-Man are truly real. Author Camilla Bruce’s descriptions of the natural world make the novel a joy to read, such as the setting she creates of the hollow mound where the mystical creatures live, which has ‘a circular hall with smoking hearths; white stones paved the floor. Torches set in the sconces in the dirt wall.’ This fairy-tale-like backdrop eerily contrasts with the wild, bestial action that takes place within it: ‘I looked down at the writhing mass of bodies, the horned and the antlered, the feathered and the furred.’

The temptation of life in the mound in the woods with Mr Pepper-Man has an irresistible charm to Cassandra, which echoes the desires felt by Laura to taste the forbidden fruit of the evil goblins in Christina Rossetti’s poem ‘Goblin Market.’ ‘Their offers should not charm us / Their evil gifts would harm us’ resonates with Cassandra and Mr Pepper-Man’s relationship. She calls him her ‘one friend’ and yet he can at times be cruel: he feeds off her from a young age and threatens to do the same to her sister. Despite this, Cassandra returns to Mr Pepper-Man, and the woodland home of the fairy creatures because they delight and hold a seductive pull over her.

The supernatural world is never far away from the world of humans. In her early years, Cassandra anxiously tries to protect her family from encountering the horrors of the mystical world and Mr Pepper-Man. This meeting of the two worlds occurs as Mr Pepper-Man reaches out, trying to touch Cassandra’s mother. Cassandra narrates these worries: ‘I didn’t trust Mr Pepper-Man around other people. He was capricious and sometimes cruel, too curious about everything.’ Cassandra protects her mother by breaking plant pots as a distraction before fleeing to her room. The supernatural world, with its proximity and meddling nature, haunts her from a young age: her mad actions, in the eyes of her mother, are done out of fear and hope of keeping her worlds safe and separate.

However, the supernatural and ordinary worlds finally merge through the body of Tommy Tipp, Cassandra’s lover in the human world. To cover up Tommy’s tragic death and remove any suspicion from Cassandra, Mr Pepper-Man assumes his body, before eerily taking his place as her husband. This development creates more mystery within the novel’s already ambiguous, fantastical story: how close to the human is this supernatural world, and had Mr Pepper-Man always plotted the murder of Tipp, so as to claim his prize and sole ownership of Cassandra?

The backdrop to all these events in the magical world is the rational voice of Dr Martin, the one human who listens to her, and believes that Cassandra can see these supernatural figures. Indeed, he writes a book inspired by her experiences ‘Away with the Fairies: A Study in Trauma-Induced Psychosis.’ A segment of this book is included in Cassandra’s story, a passage that describes her time in a psychiatric ward, following the death of Tommy Tipp. This is perhaps the most difficult chapter to read because it comes from a doctor, a reliable narrator. Dr Martin also hints at the truth, that Mr Pepper-Man is not real, nor do the supernatural creatures exist; all of this is made up by Cassandra because without these fantasies she cannot cope. In the hospital and with medication, Cassandra is in a state of despair: she cannot separate what has happened in the human world from events in the fairy world, and, more miserably, she can no longer see Mr Pepper-Man.

The blurb enticingly writes that there are two stories within the narrative of Cassandra, one of the human and second of the ethereal world, and it is left up to the reader to decide ‘which story is true.’ The novel’s suspenseful nature, and its haunting but fairy-tale-like descriptions create an impossible puzzle that leaves you wondering if you will ever disc

The Ardent and Striking Life of Gertrude Stein