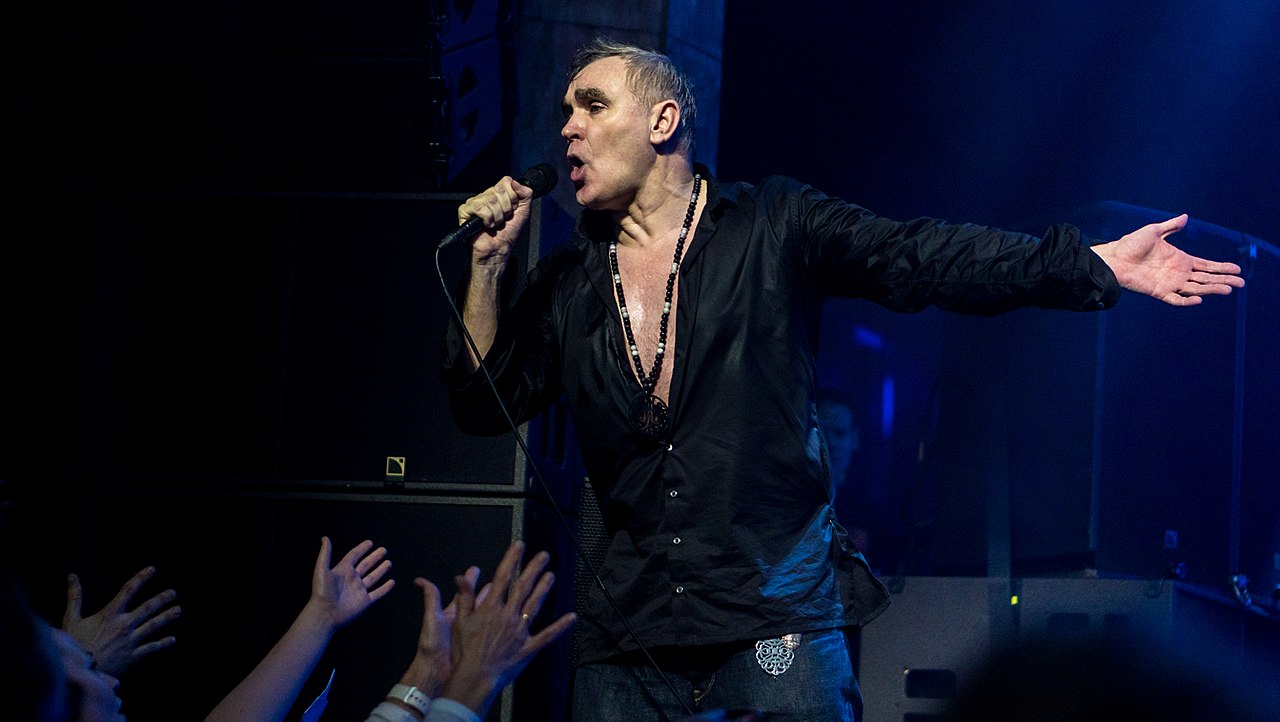 It is the 6th of February 1991.  Live at the Inglewood Forum, LA, two of the most notable figures in musical history appear on stage. One could only imagine the crowd’s ecstasy as the first few chords of T. Rex’s ‘Cosmic Dancer’ resonates through the speakers. Marc Bolan graced the world when he wrote the delicate lyrics of ‘Cosmic Dancer,’ which is undeniably one of their most exceptional songs. Although T. Rex are widely recognised as a Glam Rock band, this song in particular is very soft and enchanting – just as the name suggests. The sheer ambiance of this song alone gives it the right to occupy my every thought. Yet, when you throw Morrissey and David Bowie into the mix this is quite frankly, and not to be melodramatic, the greatest song to ever exist.

The crowd cheering throughout the track does not alter the listening experience in any which negative way. To hear the utter excitement and joy of these people is almost excruciating, only as you envy the fact that you are not them. Hearing the shouts of the audience place you into the crowd and makes the experience of listening even more personal than it already feels. In typical Morrissey-concert-style, the live video portrays many adoring fans leaping onto the stage to wrap their arms around Morrissey, before getting escorted off by the nearest member of security. As I mentioned, exceedingly envious.

Bowie and Morrissey have the most recognisable voices in the world; to hear the contrast of their voices is a delectable treat. Morrissey begins the song ‘I was dancing when I was twelve,’ as Bowie appropriately joins in with ‘I danced myself right out the womb,’ as he emerges onto the stage. The smiles they exchange in the short break between lines are thoroughly charming. These are two people who give/gave their entirety when performing on stage, a trait so admirable in any musician.

‘Is it wrong to understand, the fear that dwells inside a man?’

The song is hauntingly beautiful. I am yet to hear this track without being bombarded with goosebumps. The crowd roars with a fire unmatched, as the track fades out, the drums begin leading into the next song. It almost feels wrong that the moment is over so soon. In a sense, you feel cheated. How can it be over? But alas, all good things must come to an end. At least we can play it on repeat until our ears despise us. They sang the song in a way in which even Marc Bolan would have appreciated.

The number of times I have listened to this cover almost seems illicit. It is precisely what I was waiting for to re-charge my love of live music, as it goes unseen amid the unfortunate state of the world. I refuse to listen to anything that is not this song for the remainder of this year.