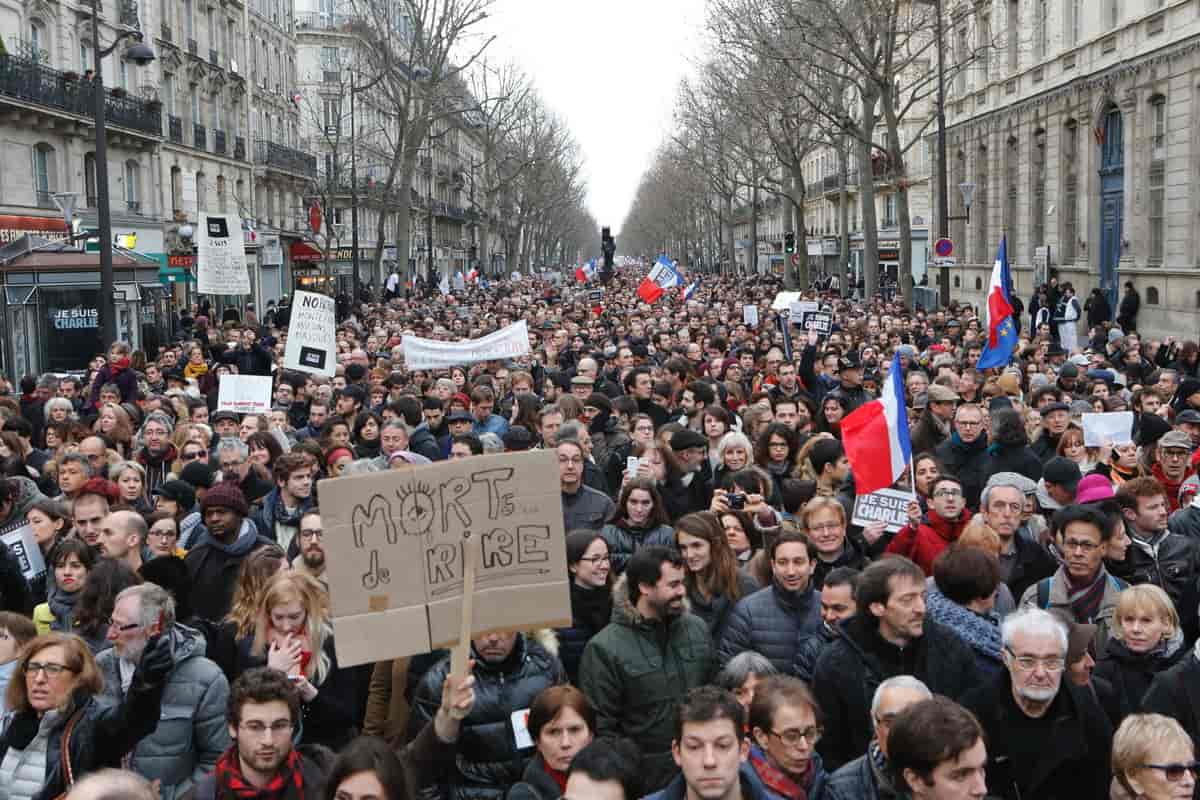 Reflecting on the recent acts of terrorism in France, Comment Editor Chelsie Henshaw considers how the country’s liberal policies have affected the image and treatment of the Muslim Community

France has struggled with an issue of terrorism for many years now, you only need to look to the Charlie Hebdo attack to see this. Most recently, three people were killed in an attack on a church in Nice, and a history teacher was beheaded in a suburb outside of Paris. Whilst of course we must condemn these despicable acts, France’s war on terrorism has an undeniably negative impact on its Muslim communities. French Muslims often seem to be viewed with the same contempt as the extremists who perform these terrorist attacks behind the façade of Islam. Alongside this, France’s emphasis on the importance of free speech and its rigid secularism, known as laïcité, has also worsened its relations with its Muslim community and other minorities.

To better understand the extrinsic link between terrorism and the treatment of French Muslims, more detail needs to be mentioned about the attack on History teacher Samuel Paty who died at the hands of terrorism. During a lesson on the importance of free speech, Paty showed pupils several caricatures of Mohammed, one of which being one published by Charlie Hebdo. One caricature consisted of Mohammed showing a sign with the slogan ‘je suis Charlie’, with another presenting Mohammed naked on all fours with a star coming out of his behind, accompanied with the slogan ‘a star is born’. The second caricature is blatantly offensive to Muslim, portraying Mohammed in such a crude way, yet the first caricature, although less so, is still offensive in its own right. For Muslims, it is simply blasphemous to try and paint a physical portrait of the prophet and so any presentation of Mohammed would likely be offensive to Muslims, let alone one so obscene.

In response to his lesson, Paty faced backlash from some Muslim parents, with one filing an official complaint with the police. However, aside from his gruesome death later on, Paty faced no repercussions for his actions. The police defended his lesson, saying it was ‘appropriate’ – in line with France’s cultural values – and ‘correct’, especially since Paty had given a prior warning at the beginning of the lesson that pupils may be offended by the images and may want to close their eyes. I feel that as outsiders of France it is easier for us to condemn this offensive behaviour towards Muslims and the disregard from the authorities, as we do not live in a country where free speech and secularism is pushed as vigorously as it is in France. We simply see that the lack of limitations on free speech in France contribute to the hate and discrimination bred towards Muslims. However, for the French, this is a daily way of life, with the right to free speech and secularism being enshrined in their culture.

Therefore, it is no surprise that following the events of Paty’s death, we have seen the teacher celebrated as a martyr by the French public, representing France’s core secular principles. The teacher was posthumously awarded the ‘Legion d’honneur’, France’s most prestigious award. The country has also chosen to place more emphasis on the importance of free speech. Included under this umbrella term is the right to satirise and blaspheme.

Determined to better understand the issue, I spoke to two native French students. One said that they believe France’s approach towards Muslims is divided between two opinions: the older generation typically advocate free speech whilst the younger generation, still believing in free speech, choose to fight for the respect of other people’s religions. They stated that, in their opinion, the true problem is not the concept of free speech, but the fact that whenever terrorist attacks occur, Islam is connected to them, conveying the biased view many have towards Muslims. They believe that Muslims should not be the poster picture for terrorism and that they have the right to be angry at the constant mocking of their religion. Another student said the people with far-right views in France are the main issue, as most people are respectful towards other religions. In France, the far-right has a significant amount of power, with Marine Le Pen, leader of the Front-National party, gaining a large number of votes in the last election. The popularity of the Front-National in France is arguably the main reason for the unfavourable view given to Muslims by many. It is time to fight against such egregious political parties to pave the path to equality.

Despite there being many seemingly positive responses to laïcité and free speech, such as religion being completely separate to the state, we must recognise the downfalls. For example, measures surrounding laïcité need to be more stringent to prevent the discrimination of Muslims. A survey revealed that 42% of Muslims in France have experienced discrimination due to their religion at least once, with 14% encountering this when trying to rent a flat. It is also proven that typically ‘Muslim’ names make you less likely to be offered a job interview in France. This consistent discrimination directed at Muslims serves to highlight the lingering influence of France’s colonial past and its fear of the ‘other.’ Whilst many Muslims consider France their birth country, they are still consistently marginalised by France’s conformist approach. This is demonstrated by the controversy surrounding the burkini ban in France. In 2016, French police made Muslim women on Nice beach remove their clothing. The burkini ban was implemented due to concerns surrounding religious clothing after recent terrorist attacks, but a ban on people performing their religion is seemingly unjust. This approach to religious symbols seems conformist in its nature. Muslims are given an ultimatum: conform to the ‘French’ way of life, or go elsewhere.

Unfortunately, in France, Islamism is often seen as synonymous with terrorism, which goes some way in explaining the wariness towards Muslims. The burkini ban perfectly encapsulates the link that is too often drawn between Muslims and terrorism. It is necessary that rather, France recognise that the terrorist attacks are solitary instances of extremism and not representative of Islam as a whole. The issue is that these connections drawn to terrorism lead to an inherently intolerant attitude towards Muslims. An Algerian journalist has discussed the stigmatisation of French Muslims, stating that ‘free speech has its limits’ and that offensive caricatures ‘dress[] up blatant racism as satire.’

In reaction to the recent events in France surrounding the arguably disgraceful treatment of Muslim communities, many majority Muslim communities have boycotted French goods, with President Recep Tayyip Erdogan of Turkey declaring that Emmanuel Macron requires ‘mental treatment.’ In Bangladesh, 40,000 people took to the streets to protest against France’s unwavering support for Paty’s distasteful actions. These reactions serve to represent the shock and horror experienced by Muslim communities when seeing the way French Muslims are treated and viewed.

Whilst it is of course important to condemn terrorism, it is necessary to be able to distinguish between extremism and the everyday practice of Islam. Contrary to popular belief, Muslims are not terrorists. Rather, extremists are, and therefore the Muslim community should not be treated as such. Although free speech and secularism do carry many benefits, the disadvantages of these should be recognised and controlled to prevent the constant cultivation of hate and discrimination which currently terrorises the country. All French citizens should feel respected and supported by the state, regardless of their religion. The fight against terrorism must continue to be fought, yet terrorism itself must not be directly linked to any religion.

A Pointless Defence: The Government’s Move to Slash Foreign Aid Will be Catastrophic