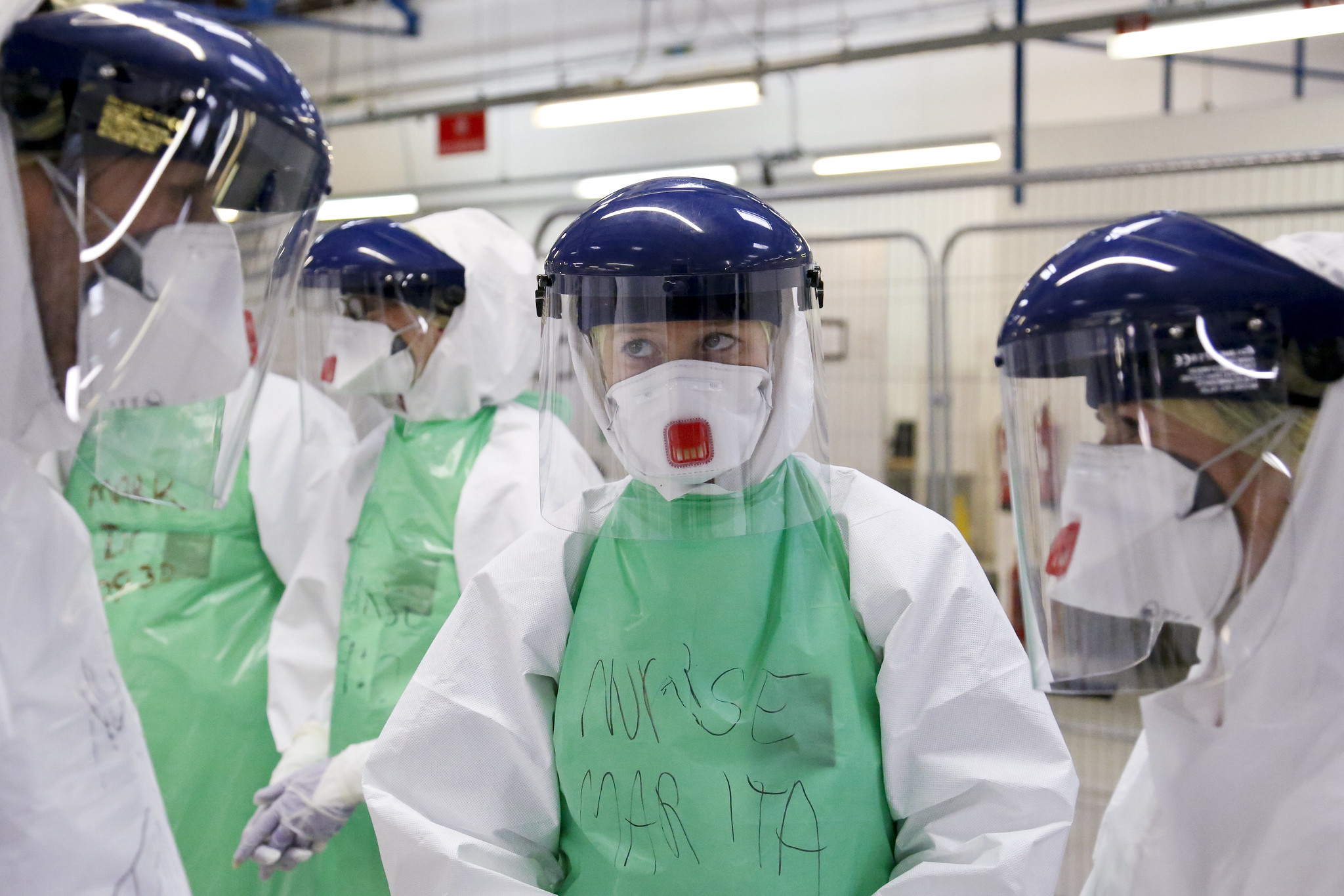 The UK Government’s Response to COVID-19 Is Unacceptable

I was watching the news a couple of days ago when I heard the word ‘surprising’ used to describe the situation we are in. We saw the situation in China. It was on our TVs every single day and plastered all over social media since Wuhan was placed on lockdown. How on earth were we not prepared for this? The signs were all there. The UK government’s response to COVID-19 is unacceptable.

I am a university student and my mother only studied until her GCSEs. Neither of us are epidemiologists or politicians but we both recognised very early on what was going to happen. We cannot comprehend why there was not a coordinated global response to the outbreak. Our world is incredibly globalised. You can get to the other side of the world within 24 hours. That means that the virus can quickly spread across the entire globe. How did our world leaders not recognise what was happening and what was going to happen?

On Monday (23 March), the Health Secretary Matt Hancock profusely denied that the initial government strategy was that of herd immunity even though it was. Our Prime Minister Boris Johnson was in the This Morning studio on March 5th and he himself declared herd immunity to be the strategy when he said one of the theories is to ‘take it on the chin, take it all in one go and allow the disease as it were, to move through the population’. This herd immunity approach was criticised by the WHO.

To make matters worse, he shook hands with Philip and Holly and said he had been shaking hands with everyone. It would be absurd to argue he didn’t know the importance of social distancing at the point. He was seeing it happen across the world.

I had clocked the reason why we did not go into a lockdown immediately. From his very first statement I knew. The Tories, the party for the rich, for the millionaires, the billionaires, wanted to prioritise the economy. Over the weekend, The Sunday Times reported that Dominic Cummings, chief advisor to Boris Johnson, had outlined the Government strategy as: ‘Herd immunity, protect the economy and if that means some pensioners die, too bad’. That’s why large gatherings and events had not been cancelled or postponed. Pubs, cinemas, bars, and other social gathering spaces have only been closed in the last couple of days. Schools were not closed as it would have meant wiping 3% off of the UK GDP. The economy was prioritised over lives. That’s why hundreds are already dead.

When you see Johnson standing behind a plaque with the words ‘PROTECT THE NHS’ just remember the 10 years of cuts to the NHS. The subsequent turmoil and struggle it has faced. Johnson’s intentions to sell our National Health Service. And the irony in him nationalising our private health sector in the face of this epidemic.

Matt Hancock said that the UK has tested more people for COVID-19 than the US. What he neglected to add was that the reason for this is because we have a free NHS; the US does not. If we did not have the NHS, just like in the US, people would not get tested and treated for the virus because they would not be able to afford it. A woman in the US was slapped with a $35,000 bill she couldn’t afford for COVID-19 because she did not have health insurance. We would not even be anywhere near a position to deal with the epidemic if we did not have a free healthcare system.

The Conservative Party has crippled our NHS and social care system with needless austerity over the last decade. For those praising the government for being the most socialist government of our time given how much money they are pouring into the state just remember that our NHS is already on the brink due to their cuts and this epidemic is bringing it to its knees.

Also, I do not understand why Johnson has not created a coalition government to deal with this crisis. He should be working with the likes of Jeremy Corbyn and Nicola Sturgeon to deal with this situation. I do acknowledge that the support already set out by the Chancellor is very un-Tory like but the approach needs to be beyond that of the conservative mindset. We are at war. If in World War Two a coalition government was vital to their success, surely it is just as vital here? Why can’t the government and the Health Secretary directly involve Andy Burnham for he dealt with the swine flu crisis as Health Secretary in 2009 right after the financial crash. Burnham was able to understand what Hancock was going through and offered advice when the two were on BBC Question Time. Is it not time to set aside our differences and focus on getting through this devastating time together?

I also feel that it is important to add that Boris Johnson sounds as if he is at a campaign rally not a press conference. He punches his words and underscores them by banging his hand on the podium. He doesn’t show much empathy. At times he looks like a fish out of water. He looks like he does not want to be there. And he probably does not.

However, I feel I must give him some credit. It is a better press conference than Trump’s. At least Johnson is not boasting about the fact he has hotels across the world. But compare him to Nicola Sturgeon who is clear, who is not sugar-coating the situation, who directly and fully answers questions before handing them to the expert. She is not faffing about trying to see who will answer the question because she does not want to. Or even Dr Jenny Harries, the Deputy Chief Medical Officer who is clear, collected, and detailed in her answers. Compare him to Justin Trudeau who issued a special thank you to children for playing their role in fighting COVID-19. Compare him to Norway’s Prime Minister who answered children’s questions. There’s a reason why #RishiforPM was trending on Twitter. The Chancellor, Rishi Sunak, carried himself with much better composure than our actual Prime Minister.

Moreover, there is a significant lack of clarity provided by the Prime Minister and other cabinet members during the press conferences. They should be very clear about what they are introducing and explain it fully. They should not be asked by journalists to clarify and carefully explain how something will work. They should already have done that in their opening statements. In addition, there has already been significant confusion regarding, for instance playgrounds. Prior to the announcement on Monday 23rd March that people on the whole are to stay home apart from going outside once a day to exercise, Sadiq Khan had said that children should not go to playgrounds but Johnson had said they can.

With that particular announcement regarding exercising outside, Johnson failed again to be clear and define what he meant by that. Johnson should have set time limits. You can only go outside to exercise for 20 minutes. He should have said if you have a garden, use that and don’t leave your home to exercise. He should have said that going outside does not mean going to a green space. You can go for a walk or run on your street and the neighbouring ones. Social distancing won’t be easy if hundreds or thousands are flocking to the park at the same time.

The other question I have is why Johnson could not refer to the measures taken on March 23rd as a ‘lockdown’. The First Minister for Scotland Nicola Sturgeon did. So why couldn’t he? It almost feels as if the reason he will not directly tell us what to do, instead advising us, and why he refuses to call this current situation a ‘lockdown’ is because then we cannot blame him if things go wrong. He can simply say ‘I told you what the scientists are advising, you didn’t listen, it’s not my fault’. But it is Johnson, it is your fault.

My mother did raise the important point that we are not children. We know right from wrong that we should heed the government advice and stay home. But when there are lives at stake and people are simply refusing to comply despite the catastrophic consequences, it is the government’s moral duty to intervene. A laissez faire attitude cannot be exercised in a global pandemic. If you need to hand out food rationing stamps to stop people panic buying so our elderly and NHS workers can have food, do it. If you need to close beaches and green spaces do it. I don’t want my loved ones to die. I don’t want anyone to needlessly die. And, I’m sorry if it is selfish, but I don’t want to die.

The government knew what was happening. They saw what was happening in China, in Italy, in South Korea, and in Iran. And they chose to do nothing until it was too late. We are behind the curve. Our government is acting after the curve changes. They should act before it changes. Actually, they should have acted before there was a curve. But I guess that’s what you get when your government values the economy over lives. That’s what you get when a government cannot be charged with criminal negligence.

Check out some other Comment articles about the COVID-19 pandemic: