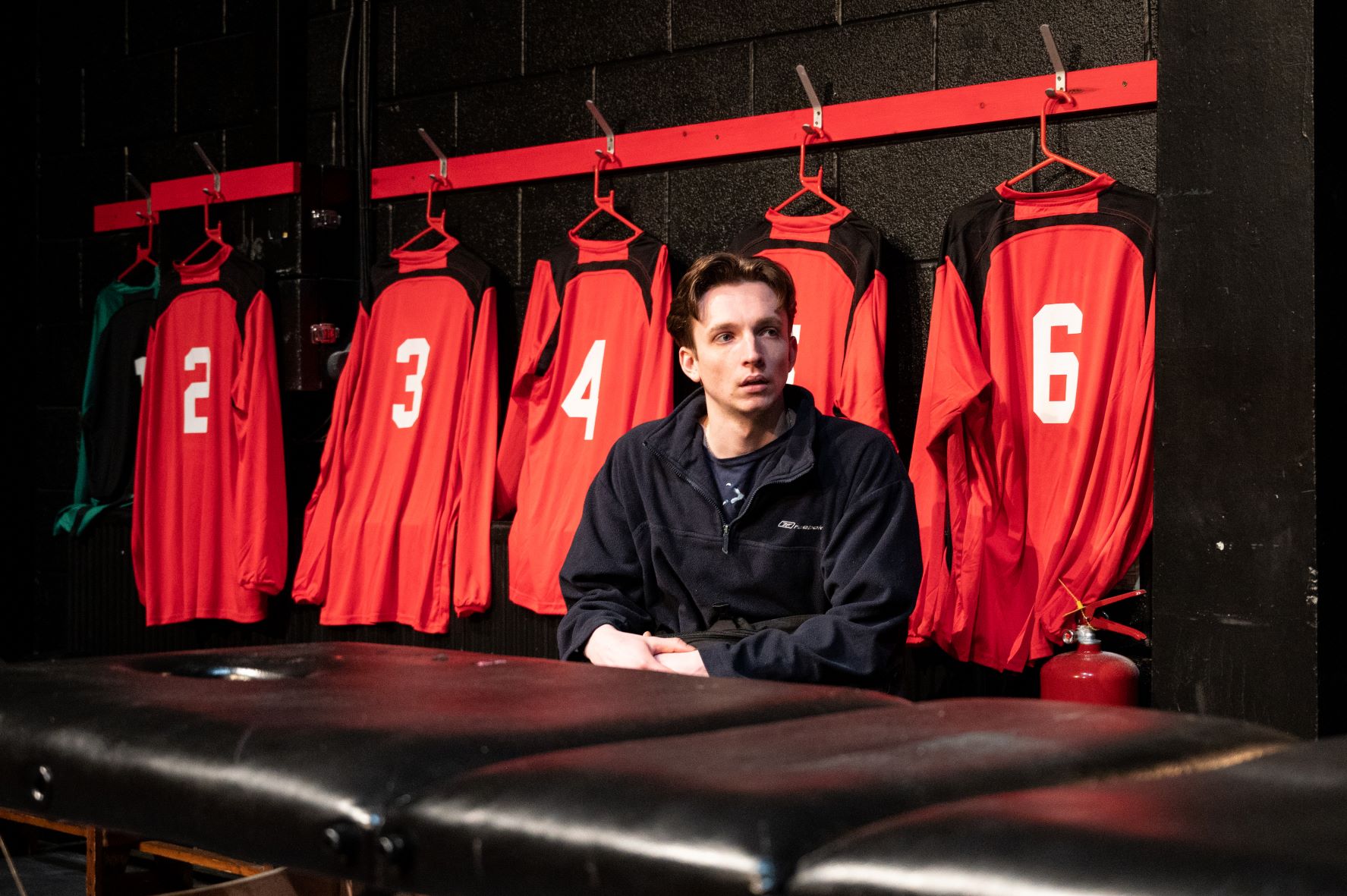 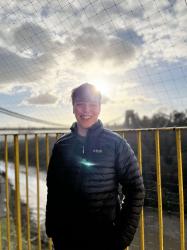 The Red Lion came to The Crescent with its intimate cast and set, fitting perfectly into the Ron Barber Studio. Its ability to tell such a moving, complex story in such a close environment is a credit not just to the three actors, but also Patrick Marber, the show’s creator.

Set in one place, the dressing room of the football club, The Red Lion uses its space brilliantly, exemplified by the clever utilisation of part of the backstage in the set. Before the show begins, whilst the audience is taking their seats, Yates, the kit man, is already in the dressing room, ironing the team’s shirts ahead of that days’ game. This lets the audience know instantly his level of dedication to the club.

Telling three intertwining stories, The Red Lion provides not only a detailed look behind the scenes of a non-league football club, but also a commentary on modern football itself. Marber subtly represents the two sides to football in two of the characters. Kidd, the team’s manager, exemplifies those in the beautiful game who treat it as a business, only involved to make money, not understanding the passion held by some. On the other hand is Yates, the kitman, who represents the other side of football. For him, the football club is everything, and believes people like Kidd are a ‘plague’ on football, as he puts it during the show.

Brendan Stanley, who has been at The Crescent since 2004, gives an excellent performance as Yates. Through Stanley’s impressive acting, the audience are told Yates’ story, and are implicitly shown his total devotion to the football club. This is done through several stories, about when his dad used to play for the team, to his playing days, as well as his turbulent time managing the club he loves.

His affinity to the club sees him take responsibility for Tom, a young trialist who is called up to the squad after their star striker leaves for the bigger team ‘up the road.’ Called into the dressing room early ahead of his first game, Tom, played brilliantly by Francis Quinn, is met by Kidd and Yates. Yates offers to ‘look out for’ Tom, sensing the youngster’s passion for the game is similar to his own.

The costumes changes are done skilfully, each one subtly representing a change in the character. For instance, when Tom meets his new manager for the first time, Kidd is wearing his suit, to represent his authority. And when the show resumes after the interval, Tom comes in wearing the number 14 shirt, hinting at his success due to an early conversation.

Kidd (Mark Thompson) continues the high standard of acting in this production, with his early exchanges with both Tom and Yates making it easy for the crowd to take a dislike to him. His unsportsmanlike tactics imply the potential for conflict between him and Yates, a subtle hint to what is yet to come further on in the show. Moreover, his treatment of Yates, a representation of the true values of football, early in the show, pre-empts his dodgy dealings involving Tom later on.

The Red Lion brilliantly tells a story of deceit, difficult decisions, and passion. Moreover, it can be seen as a perfect metaphor for the contradictions in football today. Thompson, Stanley and Quinn all perform brilliantly, and I would highly recommend you take advantage of £7.50 tickets for students, and see the show for yourself on either 25th or 26th January.