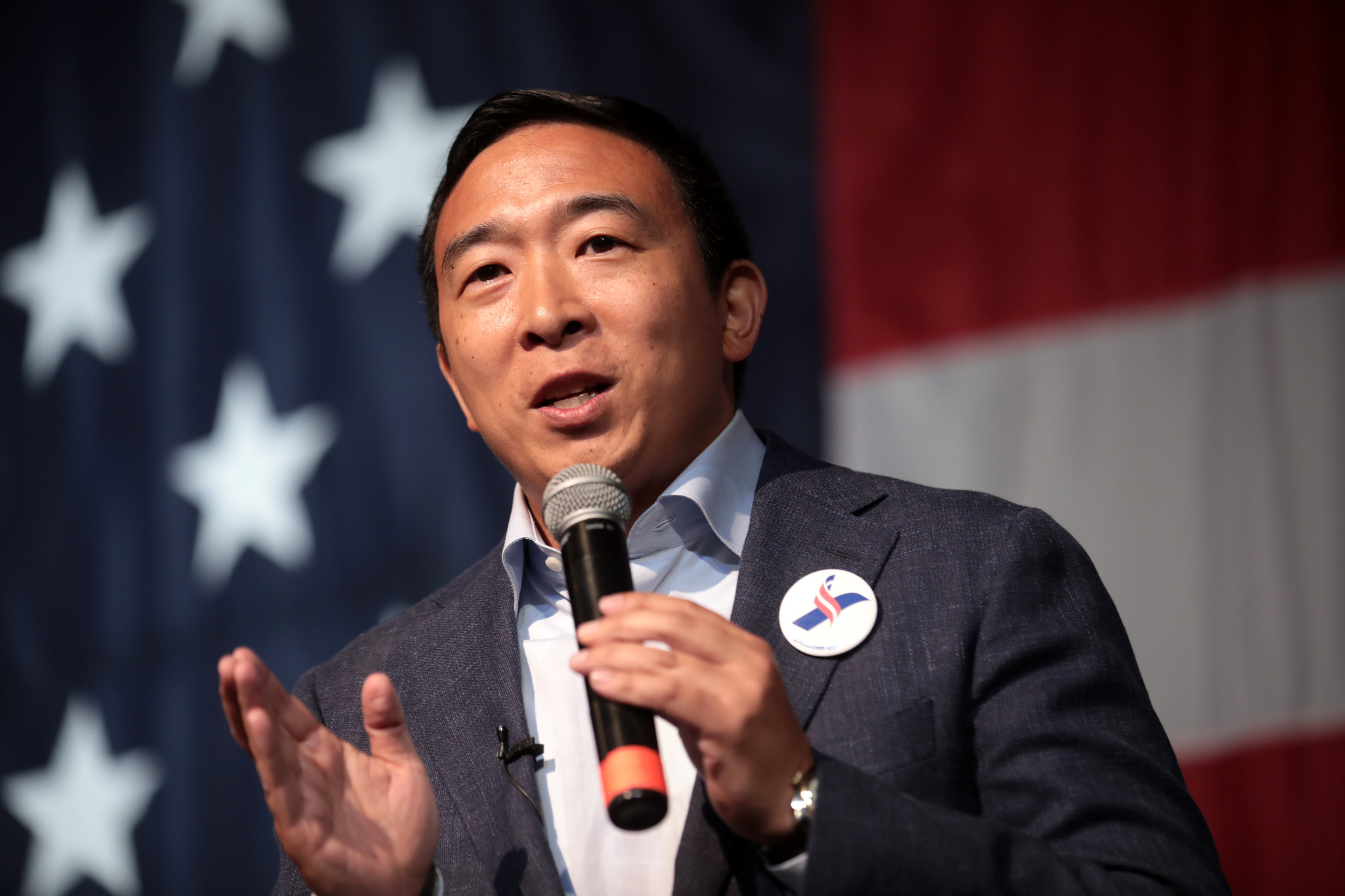 Comment Writer considers Andrew Yang and his influence on US politics, arguing that he may have been the candidate best suited to beat Trump in November

Written by Kit Parsons
Politics
Published at 16:30 on 12 October 2020
Images by Gage Skidmore

Joe Biden has widened his lead going into the US November election, with an NBC poll placing him fourteen points ahead of President Trump. Statistically, it seems as if Biden is almost over the finish line and will win on 3 November with a degree of comfort.

However, there was another candidate who ran in the Democratic Primary, who had a better chance of beating Trump than Biden. His name is Andrew Yang. Before entering politics Yang was an entrepreneur, who founded Venture for America which is a non-profit that created thousands of jobs.

When Yang entered the race he was a nobody. When he would tell people on the street that he was running for President, they would reply with ‘President of what?.’ Nevertheless, Yang made it onto the first Primary debate stage in June 2019 and remained a constant feature of the debates, helping him to become a serious contender in the race. His appearances on the H3 and Joe Rogan podcasts also helped him to increase his reach.

But what was it about Yang that made him the candidate who was best suited to beat Trump? What made him stand out? His flagship proposal was the idea of a universal basic income (UBI), which he called the ‘freedom dividend.’ He wanted to give every American adult $1000 a month. He argued that despite giving out so much money, it would grow the economy by $2.5 trillion. Yang referred to this as turning the US economy into a ‘trickle up economy’: by putting buying power into the hands of the people they would spend more money, thus creating more jobs.

Yang also argued on the campaign trail that a UBI would not just solve the country’s economic issues, but it would also solve its human issues. This leads onto his idea of a ‘human centred capitalism.’ He said that although at the time the US economy was growing, there were more important negative matters that were worsening; such as increasing numbers of suicide and mental illness. By implementing the ‘freedom dividend’, Yang hoped to address these troubles.

Yang’s campaign continued to grow, and he even began polling higher than California Senator and current Vice Presidential candidate Kamala Harris. Yang made the case that the campaign was growing and would peak at the right time, going into the Iowa Caucus and New Hampshire Primary. However, sadly for Yang and the so-called #yanggang, his die hard group of supporters, he did not attain good results in either of the contests. In Iowa, Yang only garnered one per cent of the pledged state delegates and in New Hampshire he got approximately three percent of the vote.

After the poor showings, Yang dropped out of the race saying, ‘I am the math guy, and it’s clear from the numbers we’re not going to win this campaign.’

Although Yang did not get the results he would have been after in the first two contests, in my opinion his campaign still achieved a great deal. It brought UBI into the mainstream conversation of US politics, and was later seriously discussed as a solution to the economic catastrophe which was brought on by the Coronavirus crisis. He also exponentially increased his name recognition, if only purely due to his becoming a contributor for CNN. Arguably most importantly, he got many people involved in and excited about politics again.

So after his efforts in the primaries, apart from just joining CNN, Yang has also started a new non-profit called Humanity Forward, which works to continue to fight for the policies Yang ran on. He has also started a podcast called Yang Speaks, where he offers his views on the political events of the US, whilst showing how a UBI could solve so many of them.

So despite the fact that Yang did not win the election, he has already said that ‘the Yang Gang isn’t going anywhere.’ He has hinted at a run to be New York’s next mayor as well as another Presidential run in 2024. I personally cannot wait to see what he does next.

Who is Howie Hawkins?: Progressives Americans Have Another Option This November