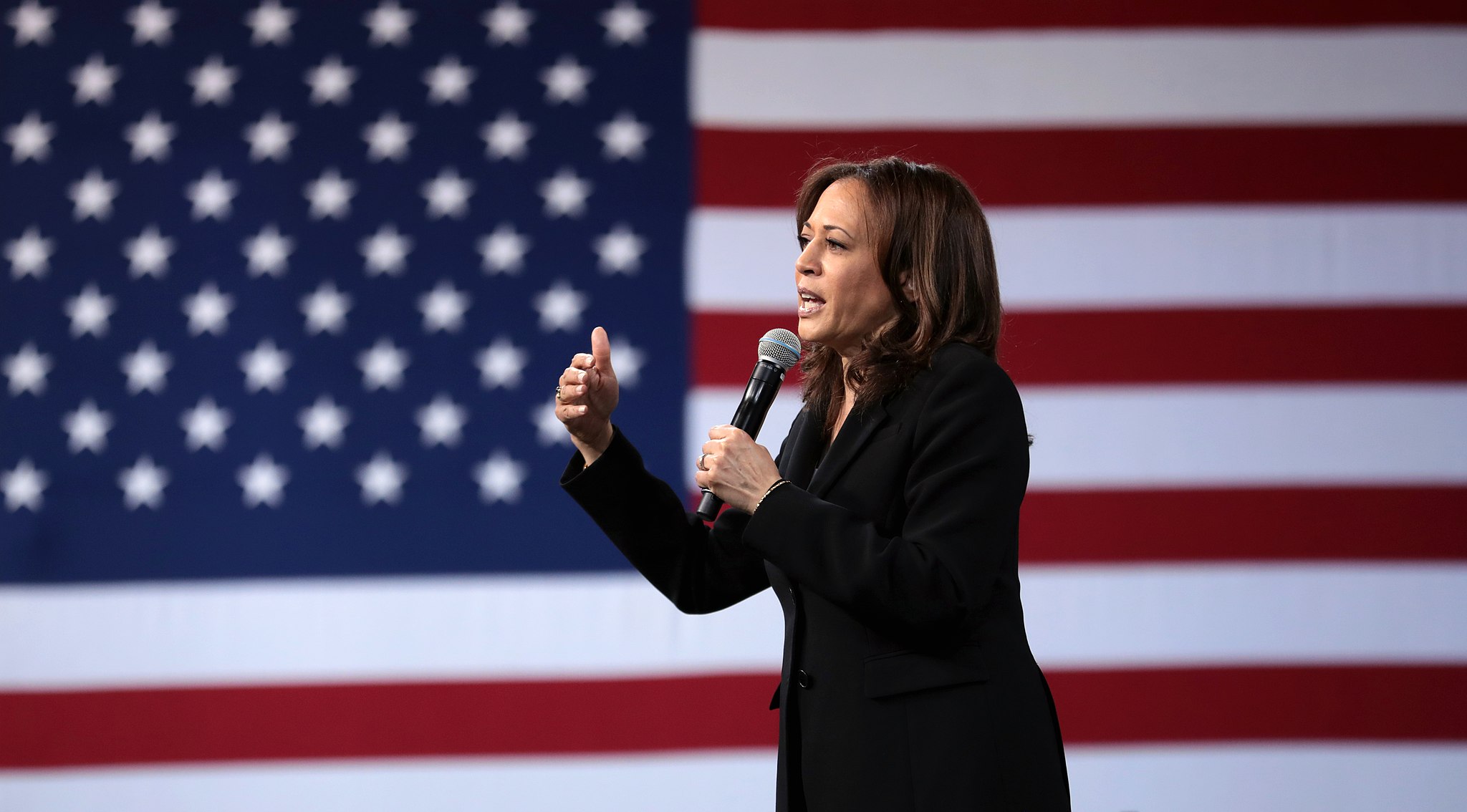 Written by Andrew Bailey
Published at 13:30 on 8 September 2020
Images by Gage Skidmore

The Democrat Presidential candidate Joe Biden has announced that California Senator and former California Attorney General Kamala Harris will be his running mate for the upcoming November election against incumbent President Donald Trump. Harris also ran a campaign to be the Democrat nominee in this election, but ended her bid on 3 December 2019 and, subsequently, endorsed Joe Biden for President. Harris was long-time favourite to be picked, and, in my opinion is clearly a good choice, but why has Biden picked her to be his running mate and will her being on the ticket boost Biden’s chances of securing the White House?

Picking a running mate is a long process. An important factor in this process is the idea of balancing the ticket, which sees a presidential nominee select a running mate that has different qualities to themself in order to attract more votes from a wider range of people. For example, Harris is a 55-year-old Black woman and Biden is a 77-year-old white man. This means that Harris is able to engage younger voters who may oppose Biden’s traditional methods. This emphasises why Biden has picked Harris, and highlights the fact that Harris is a good candidate for Bidens campaign. However, Biden has been Senator for 36 years, compared to Harris who has only been Senator for three years, allowing him to provide experience that may inhibit Harris from appearing as a credible option. Furthermore, Harris brings a considerable amount of experience in law and order, whereas Biden’s expertise lie in foreign policy, again highlighting the fact that Harris balances the ticket well and proving that she is a good candidate for Biden to pick.

Harris is not only the third woman ever to appear on the electoral ticket as a vice-president but also the first black woman ever to do so. This means that Harris represents those from ethnic minorities as well as women across America, which Biden does not, allowing the pair to access support from a wider range of voters that Biden may not appeal to alone. Their geographical positions, Delaware and California, results in their experiences of American life being vastly different and, therefore, more representative of the American electorate as a whole. Thus, by choosing Harris as his running mate Biden has successfully balanced the ticket and I believe that with Harris as his running mate, Biden is now able to access more votes than he would have been able to before.

Harris also has a different set of views and life experience to Biden, allowing her to tap into different voters and again proving her worth as VP nominee. One of the biggest backdrops to the 2020 election is racial inequality. Following the death of George Floyd – a 46-year-old black man – at the hands of police brutality in Minneapolis in May 2020 there have been widespread protests across the world to oppose racial inequality and police brutality. Harris has been outspoken on the issue of race. For example, she tweeted her anger at the fact the killers of Breonna Taylor – who was murdered during a failed drug raid – have not faced justice. This, again, demonstrates that she is in touch with the issues that many voters believe to be important to the 2020 election and therefore a great VP selection.

However, as California’s Attorney General, Harris avoided intervening in cases that involved police killings, which, in a fairly liberal state like California, is surprising. Her record as the Attorney General on crime does not stand out a great deal, and as a prominent black woman, it does not seem as though she attempted to force change as much as some people may have hoped. While this may seem like a dent to her credentials to be VP, Harris experience as an Attorney General will prove invaluable to the Biden campaign with all the protests going on in America, leading me to believe Harris to be the best choice Biden could have picked. Similarly, when compared to her competitors, Trump and Pence, who have arguably dealt with issues in racial inequality terribly, her efforts can still be viewed positively.

In terms of other policy areas, Harris is fairly centrist. She was one of the early backers of Bernie Sanders healthcare proposal back in 2017 and proposed $10 million to renewable energy sources during her run for the democrat nominee, whilst pledging not to accept money from big oil and gas companies. Her record on immigration speaks great volumes. She has lobbied for the reinstation of Obama’s Deferred Action for Childhood Arrivals (DACA), which gives immigrants who come to the US as children the right to live and work. I believe Harris’ views align with what a liberal leader in 2020 America should look like: fighting against climate change and changing attitudes on racial inequality. The balance between the relative youth of Harris and the experience of Biden mean that I think Harris is a great choice by Biden. Whilst, the divide between America’s two main political parties has been widening since the Clinton administration, with Biden and Harris, the Democrat Party has two fairly centrist candidates. This will hopefully attract a wider voter pool and therefore allows with the addition of Harris, Biden has a greater chance of winning.

So, is Harris a good choice? The simple answer is yes. She balances the ticket well and allows the Democrat campaign to tap into votes that Biden could not on his own and gain key groups in marginal states. The polls agree, with 53% of all voters approving of the choice. She is a fairly centrist Democrat, meaning that voters on the fence will not be too scared to vote for the Democrat candidates. And, whilst some of her past actions as Attorney General may contradict what she says today, it is unlikely this will matter too much, as their opponents, Trump and Pence, seem intent on escalating tensions between communities rather than calming them. As a former Attorney General, Harris will hopefully help Biden to make the election about Trump, focusing on his record at dealing with the COVID-19 pandemic and the protests of police brutality, instead of allowing it to become about their records. With all this in mind, it looks like this Presidential race will come down to the wire, with the Democrats picking two great candidates.