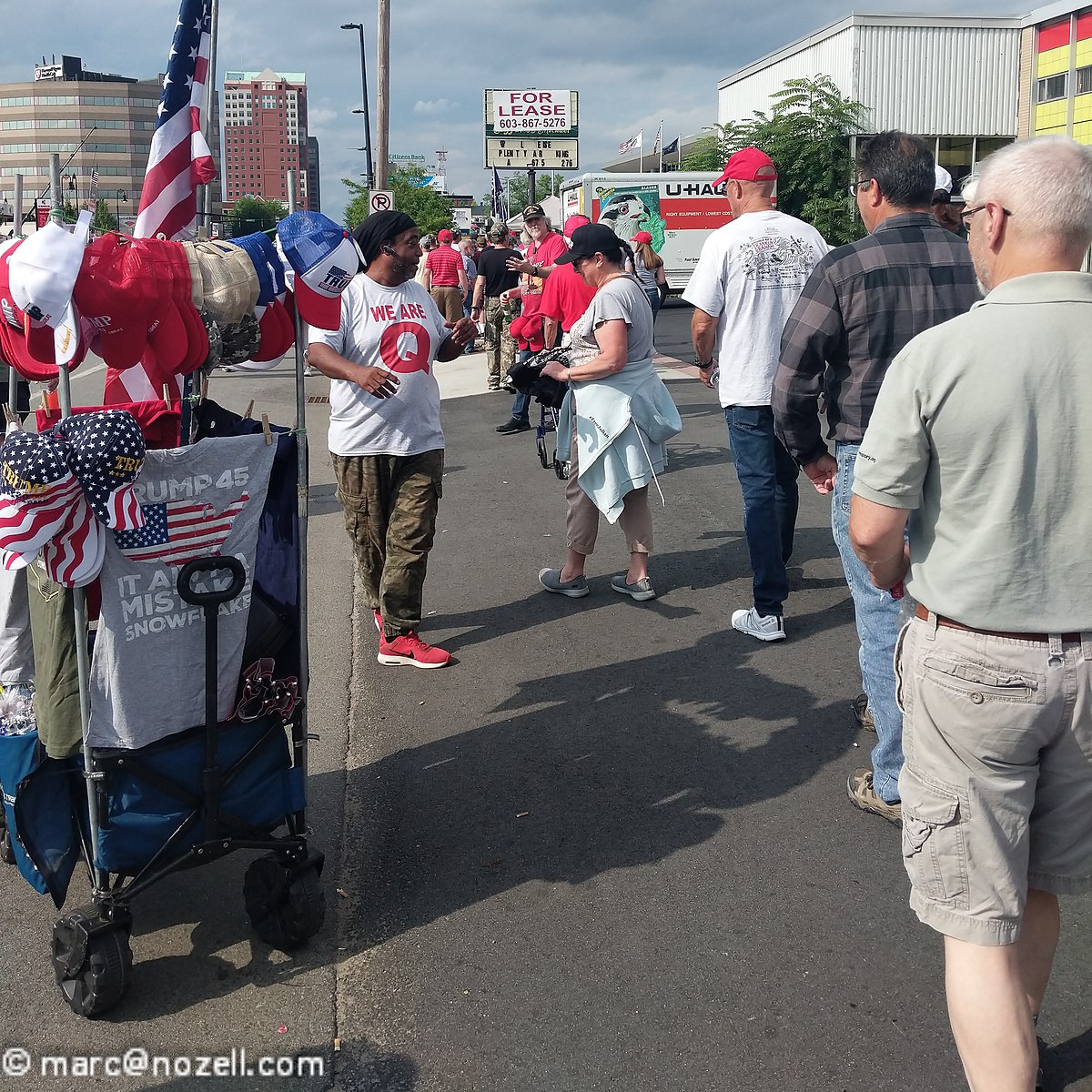 A Deep Dive Into QAnon: The Conspiracy Threatening US Democracy

Comment Writer Samir Sehgal explores the influence of QAnon, suggesting its impact on US election day may be ‘catastrophic’

We cannot accurately assess QAnon, without assessing Q. Q is the anonymous persona adopted by the, presumably, white man who founded the movement on imageboard website ‘4chan’, known for its harbouring of weebs, paedophiles and of course, neo-Nazis. The basic narrative laid out by Q is that a secret cabal of liberal Hollywood actors, Democratic politicians and media figures are running a global child-sex trafficking ring, eating children as well as sexually abusing them. Most interestingly, the cabal’s sworn enemy is none other than Donald J. Trump, who is currently fighting to expose their escapades and lead a huge wave of arrests, which followers of Q refer to as ‘The Storm’. Q further alleges that for this reason, the highly influential cabal was seeking to unseat Trump, through a soft coup d’état or through electoral manipulation. Q claims to be a high level government insider, supposedly lending credence to his theory, the alias ‘Q’ being a reference to the ‘Q clearance’ used by the U.S. Department of Energy.

Who is Q? Well, journalists have made numerous educated guesses, the most convincing of which being Jim Watkins, the founder of ‘8chan’, a less regulated rip-off of 4chan. Watkins was a soldier in the US Army who founded a Japanese pornography website in the 1990s, later moving to the Philippines, for what I assume are totally legitimate reasons, where he would found 8chan and later acquire 2channel from the founder of 4chan, Hiroyuki Nishimura. More convincingly, as a publicly professed believer in the QAnon conspiracy, this year he founded a ‘Disarm the Deep State’ political action committee (PAC), which funds political candidates who promote QAnon, seemingly the furthest-right Republican candidate in a race. This has yielded unexpected success, with 24 candidates for the US Congress publicly endorsing QAnon and earning the endorsement of Watkins PAC. However, after the initial post in 2017, the Q ‘drops’ became more sporadic and more unhinged, leading most analysts to conclude multiple users had adopted the Q persona. By the way, if you have not already clocked it, this entire conspiracy is based in no truth and is entirely nonsense.

How and why this conspiracy theory spread have an almost identical answer, both equally disturbing and yet understandable. Obviously, QAnon is not the first US-based conspiracy theory, nor does it have the same grasp over minds as the ‘faked moon landing theory’ or even UK-based conspiracy theories such as those which surrounded the death of Princess Diana. However, the 21st century has seen the broad politicisation of conspiracy theories, with the most notable being that of the theories surrounding 9/11 and the true perpetrators. Many liberals, for years, attempted to undermine the war on terror by making the case that the US government itself committed the atrocities on 9/11 in order to justify invading Iraq, to allow multi-national corporations to loot Iraq for oil. In hindsight, they were half-right, in that the war in Iraq was arguably based on a lie and was driven by a desire to exploit the region’s resources, mainly oil. Even still, it opened a generation of people to the possibility that conspiracies can be true. Moreover, in recent years, the scandal around Jeffery Epstein and elites soliciting underage girls and boys, which initially drove much of QAnon’s followers, has been proven true. With almost undeniable evidence that Epstein was murdered and that very powerful people were involved in revolting affairs. Therefore, we are left with the politicisation of conspiracy theories on one hand, as well as the mainstream legitimisation of said theories.

All of which leads us to COVID-19, the penultimate catalyst for the explosion of QAnon. In a world of lockdowns, economic depression and declining mental health, it is not surprising that conservatives with a lot of free time and access to the internet would be radicalised into an ideology that stresses devotion to a god-like figure and the promise that a day of reckoning is coming, all of which, ultimately, provide comfort. Lastly, in the span of any conspiracy theory, little crumbs of legitimation are needed to indoctrinate new-comers and satisfy veterans. These have been gleefully provided by the Trump administration. Realising his campaign is on the ropes, Trump has fed into QAnon through cryptic tweets and unhinged press conferences in order to prop up this cult which drives turnout in elections and provides explanations for every debacle Trump lands himself in. Most recently, QAnon followers have justified Trump’s behaviour after contracting COVID by alleging that it is part of his grand plan to arrest Hillary Clinton. The most explicit endorsement, met with ‘overjoyed’ QAnon supporters, came when Trump was asked at a press conference in August about whether he would disavow the group and responded, ‘Is that supposed to be a bad thing? If I can help save the world from problems I’m willing to do it, I’m willing to put myself out there.’

The implications of the growth of QAnon have been and will be catastrophic for US democracy and civil discourse come election day. QAnon has already spurred the anti-lockdown movement and attempted terrorist attacks on prominent liberals, such as the Governor of Michigan, who was nearly kidnapped by a group of far-right QAnon conspiracy theorists, who were attempting to overthrow the government and spark a civil war. It is also important to note the sheer size of this movement, with Facebook internal analysis reporting that millions of people were members of thousands of groups and pages that promoted QAnon content. Attempts to combat such a toxic group of people are needed, and Facebook has committed to banning all QAnon content from its platform. While lauded by some, who see this as a vital measure to prevent QAnon content from reaching mainstream audiences, others see this banning as a potential precursor to more sinister forms of censorship. I simply hope that QAnon dies with the Trump presidency and I hope that Americans, come November, make this a reality sooner rather than later.