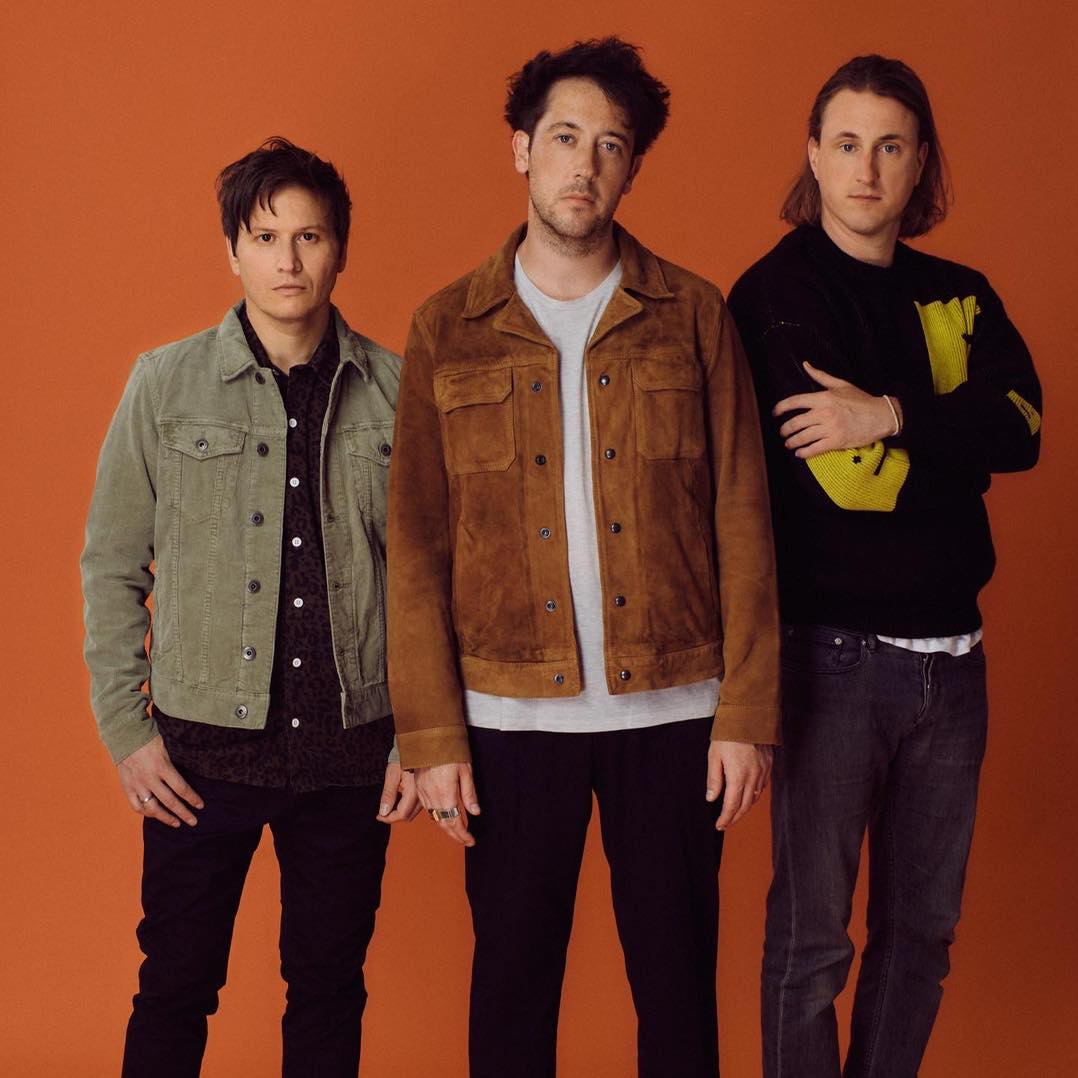 Album Review: The Wombats – Fix Yourself, Not the World

Fix Yourself, Not the World is a record which perfectly captures the sound and personality of The Wombats, Music critic Bas Bevan reviews

Written by Bas Bevan
Published at 21:00 on 18 January 2022
Images by @TheWombats on Facebook

Fix Yourself, Not the World, the upcoming fifth studio album from The Wombats, was, like many other recent records, created during the COVID-19 pandemic. As well as the challenges that this came with, the band had to contend with none of their members being in the same country. This makes the end result even more impressive. Although they are a hugely successful band, The Wombats were not spared of having to work over Zoom with recording done in daily sessions with Matthew Murphy in Los Angeles, Tord Øverland Knudsen in Oslo and Dan Haggis in London. In spite of this, the album is cohesive and its wide variety of sounds reflects the distance between its creators. After nearly 20 years together, The Wombats have an established, well-loved sound and style that couples indie-rock with dance and techno elements as well as endearing, everyday lyrics. Fix Yourself, Not the World once again shows this off and develops it to create a classic Wombats sounding record that gives the listener all the enjoyment that has always been found in their music. It is infectious and high-energy but also personal and at times subtle. The title of the album seems to be well chosen as both musically and lyrically it is sometimes melancholy but with a feeling of carefree fun.

Opening track ‘Flip Me Upside Down’ eagerly starts the record. It is dynamic and excitable floating between its bouncy, bass-driven verses, to the gentle pre-chorus, and its lively and chaotic chorus. A great introduction to the album and the band’s sound, the song is a fast-paced barrage of catchy vocal melodies, charming lyrics and generally happy energy.

Single ‘If You Ever Leave, I’m Coming With You’ is an archetypal Wombats track that shows their ability to create songs that have a comfortable familiarity and capture the best elements of their sound without seeming stale. Its high-tempo, layered electronic sound and lyrics like ‘I’ll get out of bed, stop listening to Radiohead’ are reminiscent of hits from their previous albums including ‘Tokyo (Vampires & Wolves)’ and ‘Moving To New York.’ Similarly textbook ‘Everything I Love Is Going to Die’ also uses warm guitar chords and a very prominent bass, especially in the verses, which are further elements synonymous with the band. The track also shows the emotional complexity of their work where often sad topics are paired with joyous sounding instrumentals. The recognisable sound that The Wombats have carved out has led to their establishment as one of most loved and successful British bands of the last decade. They are clearly comfortable within the loose boundaries of their style but are still very creative within them, and sometimes outside of them.

The heavy, almost saturated guitar and bass sections on ‘Ready For The High’ starkly contrast with the relaxed chorus and a horn dominated bridge. The wide sample of moods, instruments and effects on the track seem to fit together despite being very different showing the group’s ability to seamless blend a variety of musical elements. Murphy’s falsetto vocals during the verses show off his impressive singing ability and broaden the sound even further.

Fifth track ‘Method To The Madness’ comes between two of the more upbeat, fun songs on the album. The band’s sometimes darker and more downhearted lyrical topics are indulged by its more forlorn, subdued sound making the track play an interesting part in the predominantly energetic and cheery overall listening experience. The synths, guitar and bass sound suppressed mirroring the overall mood. Its initially relatively minimalistic soundscape is another reason that it stands out among the other songs. The second half of the track, however, builds up to a heavy and multi-layered ending where the sad lyrical themes are overcome and Murphy passionate sings ‘No more worry, I’ve killed it with both hands,’ and ‘Just give me something to light the fuse.’

The album features many stand out instrumentals that are just as prominent as Murphy’s vocals. The bright main guitar riff on ‘People Don’t Change People, Time Does’ combined with the acoustic guitar creates an interesting, almost country sound which is a different flavour for the band. The guitar riff flows with the vocals and Haggis’ drumming, where he frequently opens and closes the hi-hat cymbal, pushing the song along. The powerful bridge creates a different mood to the fluidity of the other sections and takes the song up a level.

Similarly positive comments can be made about the drumming and guitars on ‘This Car Drives Itself.’ The track is headlined by the drums which create an infectious groove and its timeless sound is elevated even further by the subtle guitar parts and electronic sounds. The metaphor-heavy lyrics bring even more appeal and the chanting chorus and bridge will no doubt make it a great live track.

Murphy’s falsetto singing makes another appearance on ‘Wildfire’ which is definitely one of the stand-out songs on the album. This along with the bass and varied sounds of the verses set the scene for the explosion of the chorus where another catchy guitar riff leads into the anthemic shouts of ‘She is wildfire.’ This song will likely be another favourite amongst crowds where they will be able to scream the hook and clap along with the snare drum which is the track’s driving force.

Fix Yourself, Not the World also showcases of The Wombats’ vibrant, descriptive, and sometimes unorthodox lyrics that add a highly engaging aspect to listening to their music. Multiple examples can be found on ‘Don’t Poke The Bear’ including ‘Guess I’m always blinded, by the emperor’s new clothes’ and ‘Cocaine eyes and a chokeslam, blood vessels I never knew.’ ‘Yeah but that’s not the point, can I forward you a quote to explain?’ on ‘Work Is Easy, Life is Hard’ is another smile-producing example. This type of imagery that mirrors the colourful instrumentals greatly adds to the enjoyment of listening to the album and The Wombats’ music as a whole. It excites the imagination making it an experience with an element of escapism, and displays another reason for the band’s continued popularity and success.

On ‘Worry’ Murphy creatively sings about superstition and paranoia. The track features spoken parts and lyrics that describe various superstitions such as ‘Multiples of three keep me warm, keep me stable.’ Instrumentally the song has an element of discomfort which creates a mood matching the paranoia being discussed. Similarly, the nature of some superstitions is expressed in the repetitiveness of some of the sounds that are used. The reflection of the lyrics in the music adds another elevating aspect to the album.

Fix Yourself, Not the World is a record which perfectly captures the sound and personality of The Wombats and shows their expertise in altering and advancing their style and creating music that their fans love. It features tracks like ‘If You Ever Leave, I’m Coming With You’ that fit in perfectly with their biggest hits but also successful efforts to bring in new ideas and influences on songs including ‘People Don’t Change People, Time Does.’ It is high-energy and features a wide instrumentation alongside electronic elements, as well as being sincere and lyrically imaginative. These features are made use of in news ways leading to a record that retains The Wombats’ well-known traits giving it their usual sense of familiarity whilst also seeming fresh. After five albums over nearly 15 years, this shows the longevity of their sound and appeal as well as skill in continuously delivering high-quality, recognisable, and inventive music.