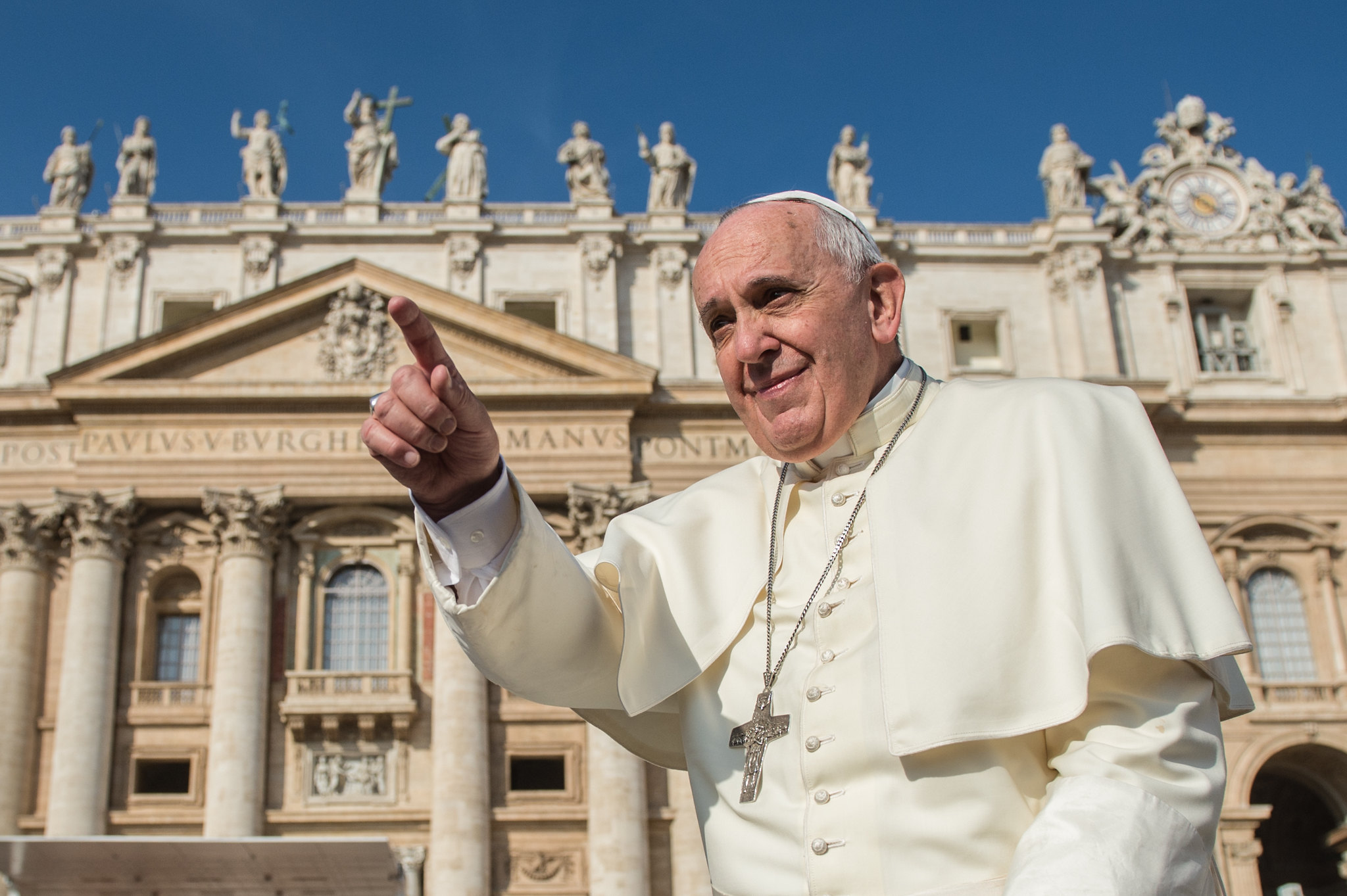 Are the Pope’s Changing Attitudes on Homosexuality as Genuine as We Might Hope?

Comment Editor Chelsie Henshaw discusses the Pope’s recent endorsement of same-sex unions, arguing that this is a move in the right direction, but one that we should view with scepticism

Written by Chelsie Henshaw
Published at 14:30 on 21 November 2020
Images by Catholic Church England and Wales

Headlines have read recently that Pope Francis is now backing same sex unions. On the surface, this news seems positive, illustrating that religion is becoming increasingly modernised, and that nowadays religious institutions are more accepting of those who do not fit the typical heterosexual norm. Nonetheless, whilst it is important to focus on the future, the Catholic Church has incited years of homophobia and despite Pope Francis’ comments on same sex unions, this painful history cannot be cast aside. It can also be argued that the Pope’s comments are purely performative as a way to try and keep the Catholic Church relevant, whilst other comments of his bring to light his true views on same sex couples.

Pope Francis is arguably a progressive Pope and has certainly opened up many conversations surrounding homosexuality. Indeed, in 2013 he stated that ‘if someone is gay and is searching for the Lord and has a good will, then who am I to judge him?’ This statement makes the Pope appear much more inclusive of homosexuality than his predecessors, marking a turning point on the Church’s attitude towards those who are gay. Additionally, the Pope’s more accepting attitude toward homosexuality has been consolidated recently with the release of a documentary directed by Evgeny Afineevsky. The documentary saw the Pope expressing the opinion that homosexual people are ‘children of God and have a right to a family.’ He even went as far to say that ‘we have to create is a civil union law. That way they [homosexual people] are legally covered,’ which can certainly be construed as revolutionary coming from a figure representative of the Catholic Church.

Pope Francis’ comments will hopefully promote modernity and tolerance within the institution and make grappling with religion and sexual identity easier for many. In fact, the Pope’s remarks have the potential to change the attitudes of many religious people who look up to him as an extremely important figure. James Alison, an openly gay Catholic priest, views the Pope’s affirmation as ‘wonderful’. It is about time the Church progresses into the modern world and the Pope’s recent discourse is a step in the right direction.

However, we must question whether this change in attitude will be able to mend the divisions within the religion created due to years of blatant homophobia. Whilst this change is positive, it hardly makes up for the years of hatred directed towards those who are gay, and more action needs to be taken to ensure that the Church does not regress to its previous attitudes. That being said, we cannot change the past, and focusing on the Pope’s remarks as something to celebrate is also perfectly valid.

Although I do not want this article to take a cynical approach towards these developments in attitude, it is also necessary not to be naive. It is possible that the Pope’s comments are purely performative and simply a way for the Church to stay relevant in our ever-progressing society. I fail to believe that the Pope will ever make definitive action to advance the rights of homosexual couples in the Church, especially since we are yet to see any doctrinal change supporting his so-called liberalism. It seems that these empty gestures are purely a way of appeasing the general public and creating good publicity for the Church. My opinion stems from the fact that over the years the Pope has made many comments that contradict with his appearance of acceptance.

Previously the Pope claimed that legally regarding same-sex relationships in the same way as heterosexual ones would be ‘an anthropological regression.’ Furthermore, whilst he holds the opinion that homosexual orientation is to be permitted, he still believes homosexual acts are a sin – the two ideas are surely counterintuitive? Arguably, the presentation of the Pope is that of a much more liberal figure than he is. When, in terms of doctrine, homosexual relationships are still referred to as ‘deviant behaviour’, how can we praise the Pope for his seemingly deceptive liberalism?

The documentary itself is ambiguous in the way it presents the Pope’s comments. It has been revealed that it was cleverly edited to include the Pope’s supportive comments about same-sex unions, yet leave out the dialogue in which the Pope states it ‘does not mean approving of homosexual acts, not in the least.’  For the Pope’s support for same-sex unions to carry any weight or meaning, homosexual acts must not be considered an act of sin by the Church; these unions are simply performative if homosexual intimacy continues to be vilified.

We can, nevertheless, be supportive of the Pope’s progressive comments, and their encouragement of tolerance as long as we remain objective. It is necessary to remain aware of the Church’s chequered past involving its discrimination against homosexual people. Pope Francis’ positive comments towards same-sex unions are a step in the right direction, but we cannot truly believe the homophobic attitudes of the Church are truly in the past until we see doctrines solidifying the rights of homosexual people in the Church.