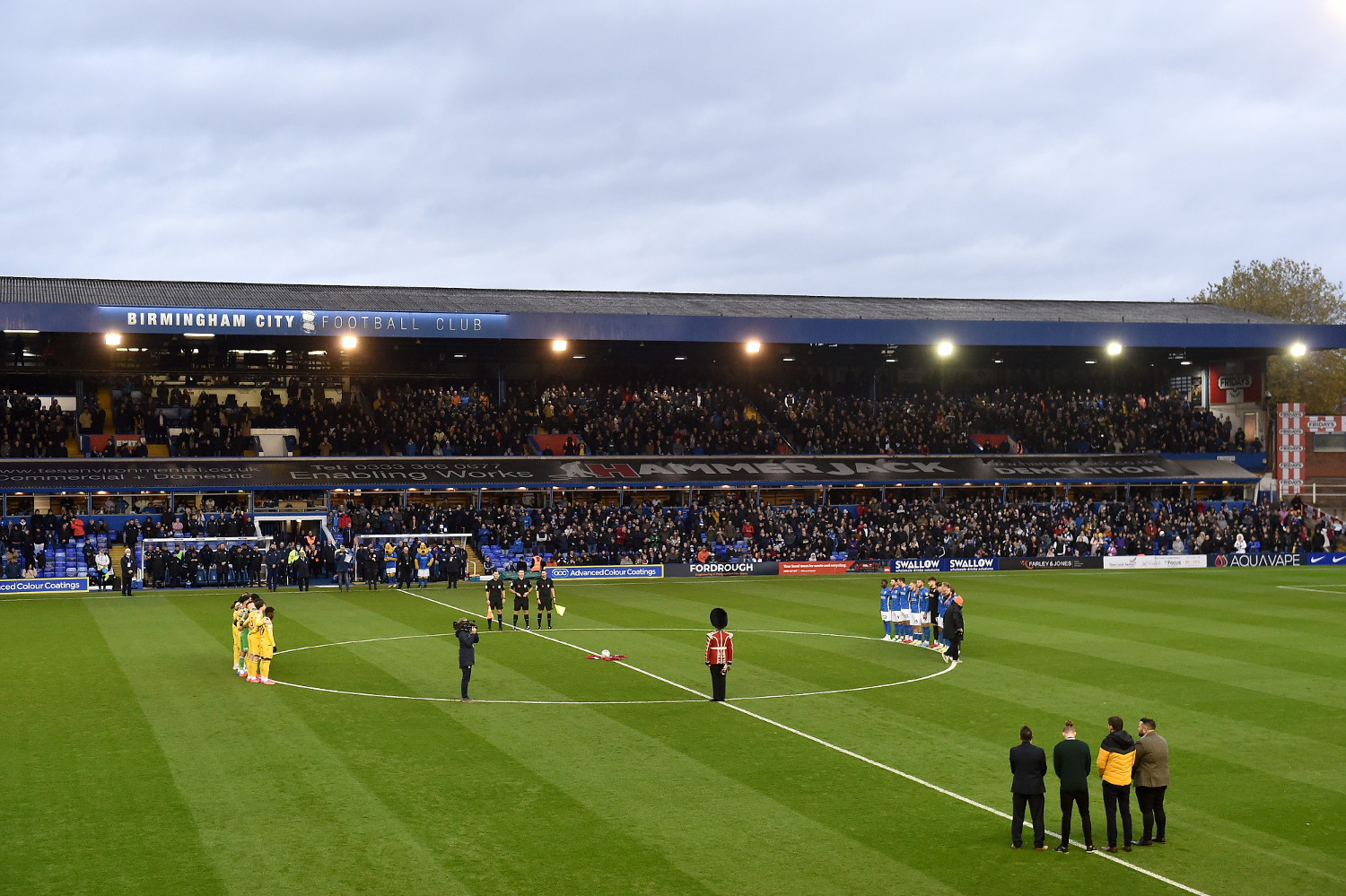 Sports writer Joe Liddicot reflects on a disappointing day at St. Andrews as Birmingham City were beaten 2-1 by a strong Reading side

Written by Joe Liddicot
Hi, I'm Joe, a Second Year Political Science and International Relations student studying here at UoB. I have a passion for sport, especially football and basketball, playing and watching them both obsessively.
Published at 13:00 on 8 November 2021
Images by Twitter/@BCFC

The prospect of a mid-table Championship match on a bitter and windy Autumn afternoon is not on many football fans’ bucket list. The delay of kick off by half an hour due to ‘technical issues’ did little to spark the excitement of Birmingham City fans around the ground, whose shivers became more vigorous with every passing minute.

But, this match surpassed expectations for the neutral: an end-to-end affair that culminated in a deserved victory for Reading at St. Andrews. Both teams entered this match in unenviable situations: injury-riddled and lingering ominously in the bottom half of the table. Though the Blues came into the game in relatively high spirits following three league wins on the bounce to give them some breathing room from the relegation zone.

The game kicked off at 3:35PM, and the action began immediately as the Blues took the lead inside three minutes. A sloppy back pass from Royals captain Liam Moore was pounced on by Scott Hogan, who took the ball around the keeper coolly and slotted it home for his third goal in as many games. It was a goal that would later be described as “a gift” by Blues boss Lee Bowyer in his post-match assessment of the tie.

After the initial euphoria, the first half had very little to offer in the way of meaningful chances as Reading dominated possession but struggled to conjure much up in the final third. The Blues struggled to keep hold of the ball whatsoever towards the end of the half – they looked flustered and frustrated as the yellow cards kept coming – and would have been grateful to hear the half time whistle.

But the respite was short lived for City, as Reading came out of the break quickly, asserting pressure right from kick off. Andy Yiadom flashed a shot across goal dangerously on 52 minutes, but Birmingham held their lead and managed to limit Reading only to half-chances that did not trouble Sarkic in goal.

As the second half progressed, Reading continued to threaten, while the Blues struggled to get a foothold in the match. Although both teams created chances, Gary Gardner’s long range effort in the 57th minute was the closest the Blues came to doubling their lead. Unfortunately, it looped narrowly over the bar – to the relief of the away support. It was largely one way traffic with the exception of some well worked City counter attacks. Jeremie Bela’s pace proved an issue for the Royals and it was his skillful run and shot that almost sent St. Andrews into rapture midway through the half. The left-winger was one bright spot in a team that otherwise seemed uninspiring.

Then came the equaliser – young substitute Jahmari Clarke latched on to a John Swift cross and nodded past Sarkic to level the game. The 18 year old then enraged the Blues support by raising a finger to his lips and shushing – you have to admire the confidence.

Birmingham City responded quickly, but couldn’t regain the lead. Troy Deeney’s glancing header from an enticing Bela cross struck the post, and for a moment it looked as though the Blues would press on for a winner. Alas, Reading were the ones who took the lead shortly after. Clarke doubled his tally for the afternoon with a scrappy goal that sent the away fans into frenzy. Later, Yiadom made a surging run after a brilliantly timed slide tackle stopped a City attack in its tracks. Reading’s right back then brushed off multiple Blues defenders before firing straight into Sunjic’s path. The City keeper made two saves back-to-back but parried the second shot into the path of Clarke who made no mistake in firing it into the back of the net. As Blues defenders scrambled, the young striker kept his head to give Reading a well deserved lead.

The home side could not respond, and the four minutes of additional time passed without major incident. Reading took home the victory and join Birmingham on twenty-two points for the season.

Lee Bowyer reflected on the game ruefully, saying he was “disappointed” and “it hurts because we’re at home”. The Blues’ manager reflected on the injury troubles that currently plague the club, assessing that his squad is now “down to the bare bones”. The international break, then, comes at a helpful time for Birmingham City, who will appreciate a week off to gather their thoughts and rest their weary legs.