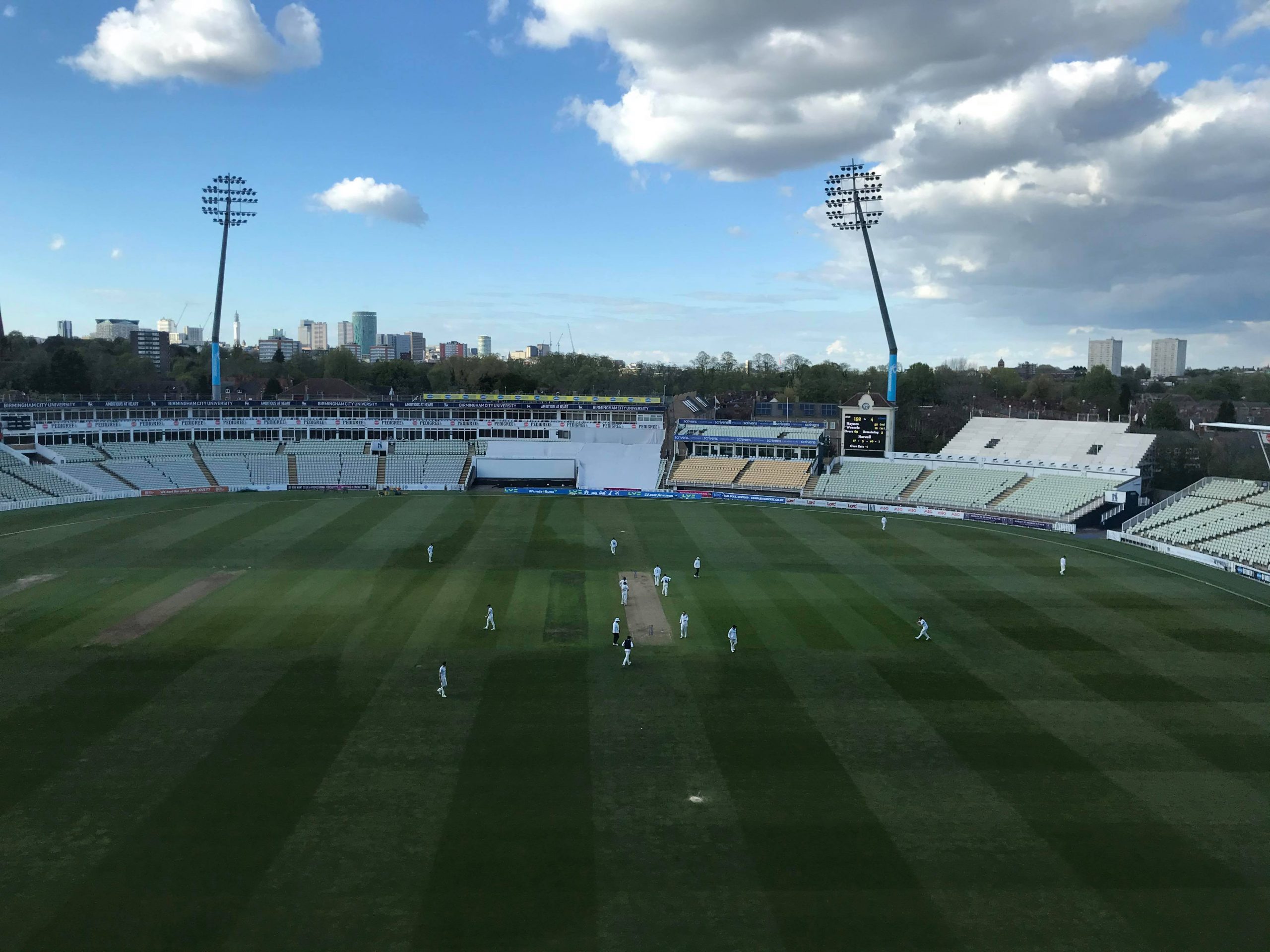 Michael Burgess scored his first Warwickshire hundred on another even day against Worcestershire at Edgbaston, but imminent rain could prevent a result

Jake Libby (74) continued his impressive form with a composed half-century before falling to Olly Stone, who left the field in the final session tomorrow with a stomach ache.

With lots of rain forecasted over the weekend, a draw appears probable after two days.

Disciplined batting from Burgess (101) and Danny Briggs (24) during the first hour helped Warwickshire pass 300 and secure the third bonus point.

They also denied Worcestershire the third bowling bonus point, making it to 110 overs eight wickets down, which could prove crucial in a very tight group.

Burgess brought up three figures with a pull, a stroke he played willingly all morning, to spark loud cheers from the home dressing room.

The wicketkeeper was averaging just 12 this season going into the game, making this knock a welcome return to form.

However, the innings was wrapped quickly thereafter. Liam Norwell lost his off stump to an Alzarri Joseph yorker, before Burgess was last man out, becoming Ed Barnard’s third wicket.

In response, Pears opener Daryl Mitchell was granted a reprieve when Tim Bresnan dropped a routine catch off Norwell.

The New Zealand international ran out of luck shortly after lunch, though, as Norwell trapped him LBW for 12 with a ball that may have been missing leg stump.

Libby provided the highlights during an attritional middle session. He punished Stone and Norwell when they bowled on his pads and scored fluently through point off the back foot.

The only wicket to fall between lunch and tea came from a Will Rhodes long hop that Fell (20) edged to Burgess; a dismissal emblematic of Warwickshire’s lack of potency with the ball.

Stone injected some energy into proceedings after tea, coming round the wicket and getting the key wicket of Libby with a short-pitched ball that was caught sharply by Sam Hain at short leg.

He welcomed Brett D’Oliveira with a ferocious bouncer and was in the middle of an impressive spell, but the England paceman’s day came to an abrupt end.

Rhodes did strike again, D’Oliveira caught behind for 15, but the increasingly assured Jack Haynes (52*) made an excellent half-century in his first innings of the season to see Worcester officially avoid the follow-on.

Considering the forecast, this final development may well have ended hopes of a result.

Reaction: Warwickshire’s Michael Burgess speaking to Redbrick Sport: [On gaining bonus points]: ‘It is something you think about. At the end of the day, the whole idea of playing these games is to build points up in the league table, so it was on my mind.

[On the weather] ‘We haven’t talked about it yet, I think we’ll probably talk about that tomorrow if the weather comes in.

‘It wouldn’t be the first time the forecast has been wrong in this country, so let’s hope they’re wrong again tomorrow.