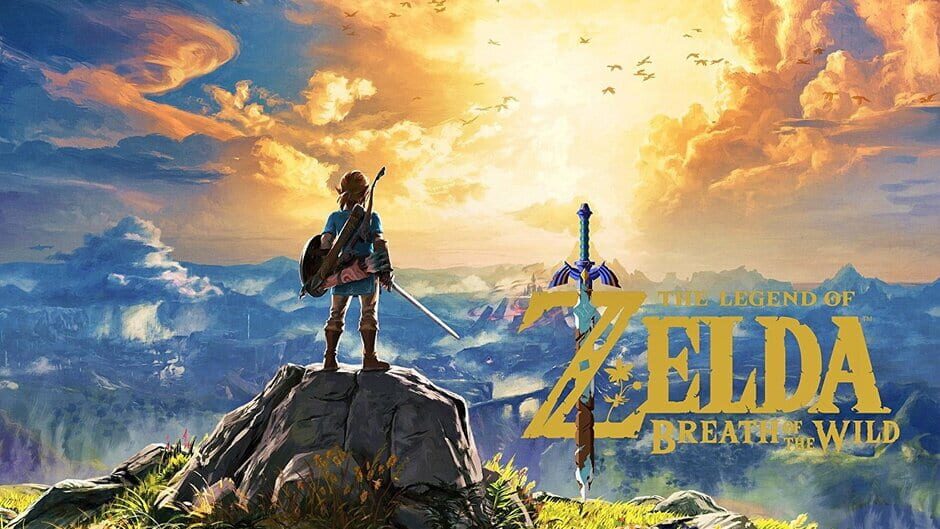 The concept of ‘comfort television’ has existed for a long time, but has most recently been brought to the forefront as a valid way of dealing with the stress of coronavirus lockdown and restriction. In theory, these series appear nostalgic and simple, all factors that sooth the soul by whisking it away to a time of less responsibility and fewer worries. This concept is not constrained by media; various albums and pieces of literature evoke similar feelings of comfort to the individual, both through their predictability and familiar motifs.

However one format often overlooked as one of ‘comfort’ is that of video games. It’s interesting to consider why this is – is it because of the interactivity video games require? Is it the nature of objective-based progression systems? Is it the commitment they demand in order to reap the most from them? It is true video games can harness these characteristics to the fullest and create groundbreaking, political pieces of art; however ample games exist that either manage these aspects carefully so as not to overwhelm the player, or offer such a rich variety of content that anybody can find something worthwhile for them to pursue, making them the perfect titles to return to over and over again. Let’s dissect the comfort video game.

When considering what makes a ‘comforting’ video game, life sims are probably the first to spring to mind; the likes of Animal Crossing or Stardew Valley, heralded for their delightful aesthetics and expansive gameplay, instill comfort through their routine-setting and easy-going objectives. The presence of routine is something I have written about previously in regards to Animal Crossing: New Horizons, and it doesn’t ring any less true almost a year later.

When faced with isolation or restriction, life sims such as these games mitigate your own fractured routine by offering you a virtual one, giving a visual idea of progress and something to work towards, whether that’s building the best island or cultivating the best farm. The games offer a peaceful life (largely) devoid of consequence and responsibility, a pillar of light when life outside doesn’t really seem to exist. Further, recent examples include Story of Seasons: Friends of Mineral Town and the hugely popular Sims 4.

While sim games offer a laid-back representation of living, the infiniteness of them can sometimes be difficult to see past. The lack of explicit objectives comfort some, but detract others. For those, sandbox adventure games emerge as the best of both worlds – immensely comforting in their environments and free-roaming sections, but also satisfying through their objective-based gameplay that the player can (mostly) control themselves.

Minecraft and Terraria are two sides of the same coin, seemingly unassuming quests with infinite creative possibilities, but an undeniable endgame should players aim for them. Alternatively games like Skyrim and Grand Theft Auto V offer beautiful locales that are incredibly easy to immerse yourself in, accompanied by sounds of peaceful orchestra or a familiar, toe-tapping radio soundtrack – for games steeped in violence, these two certainly offer soothing exploration that you can take at your own pace. The Legend of Zelda: Breath of the Wild, No Man’s Sky and even Spider-Man offer similar – the ability to sink hours of time into a game’s world without even really playing the game.

If, mechanically, these games require too much thought or effort for a lazy Sunday afternoon, think even simpler. The nature of platform games is to run and jump through imaginative stages, accompanied by some of the catchiest music in gaming. Banjo-Kazooie offers witty dialogue, straightforward control and open worlds covering a huge range of themes, all packed together for a game that can take as long as you want to see through. The game’s presentation looks straight out of a storybook and is one of the jolliest and comforting I have played.

Sackboy: A Big Adventure is a recently released 3D action platformer with a strong emphasis on cooperation, allowing friends to join in as you bound, bounce and bundle through charmingly pretty levels, with relatively simple mechanics and a recognisable soundtrack. Getting even simpler, the likes of BIT. TRIP RUNNER and Subway Surfers require three buttons and a finger respectively to control, but the addictive concept and masterful level design is what will keep you coming back.

Some of the most calming games, however, are those you know you won’t have to dedicate days to beating. Just like a film, the game can last for a matter of hours and you can continue with your day, pleased by the experience but not overwhelmed by how much time it seems to have eaten up. Donut County is one of my all-time favourites, a physics puzzle game with beautiful visuals, a fantastic soundtrack (I’m listening to it as I write!) and hilarious dialogue. Clocking in at just over 2 hours to finish, this game does not outstay its welcome and is one that is easy to return to.

Similarly, A Short Hike is just that – a short exploration game where you must climb to the top of a mountain to receive a phone signal. The game shouldn’t take more than an hour and a half to complete, but there are tons of extras to find should the player want to dive back in. Coffee Talk is a visual novel where you step into the shoes of a barista, talking to the coffee shop patrons and preparing drinks they’ll love. None of these games require you to think too hard or expect too much of your time – instead their length contributes to the feeling of a special, all-round experience that is more accessible than daunting to return to.

Just with television, every person will have their own specific genre or series they find themselves returning to, time and time again. But video games, through their player-driven interactivity, offer something new in the way of comfort – they offer total and utter control. Whether living a virtual life, swinging across the New York skyline, leaping through fantastical levels or chatting in a coffee shop, all these experiences are deeply personal to the player and almost paradoxically offer something similar but different every time the player returns. Perhaps that is the ultimate comfort with these video games – that you know what you’re getting yourself into, but you don’t exactly know how you’re getting yourself into it. Games will always provide respite and escapism through conflict and confinement – and there’s nothing more comforting than that.

Check out more from our Gaming section below: