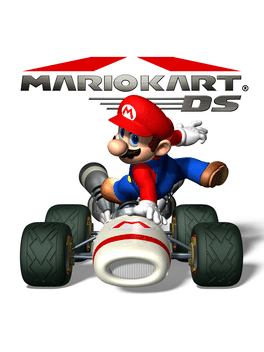 When I was a young lad, the Nintendo DS was – alongside the PlayStation 2 – the most popular games console, and Mario Kart DS was among the most popular games on this wonderful portable console. Never before did a kart racer sell so well! An important reason for this was the ability to easily pick up and play the title with your friends, like I did. I speak for most of them when I say that Mario Kart DS brings back endless nostalgia. There are several other reasons for its incredible success, so what are these reasons? Additionally, does the game deserve its fantastic reputation?

Personally, I believe the 16 brand new tracks are some of the best in the series. Very few tracks are poor, showing the consistency of this title. There are some average tracks, such as the typical Mario Circuit and first track, (Figure-8 Circuit), but many fan favourites are found here! Airship Fortress, Waluigi Pinball and Tick-Tock Clock are still beloved many years later. They are so loved in fact, that they have all been remastered in later games and still outplay the new tracks. Other impressive tracks include Luigi’s Mansion, Delfino Square, Bowser’s Castle, and Wario Stadium.

I really enjoyed some of the retro tracks, do not get me wrong. I love Frappe Snowland, Baby Park and all the tracks in the Lightning Cup, but that is all. Most of the SNES and Game boy Advance tracks are flat and dull, which is only because of the hardware. Nonetheless, I do not cherish my time playing those tracks. Racing on Moo Moo Farm (N64) and Luigi Circuit (Gamecube) also offer nothing to the experience. I still do appreciate the introduction of these retro tracks despite my opinion on every individual one. This is because retro tracks became a staple of future Mario Kart titles, and they now often work. Even if these 16 retro tracks are not brilliant, most of those brand-new tracks are fantastic, so the quality is evident.

Alongside the tracks, Mario Kart DS offers a healthy choice of racers and karts. Just 13 racers (12 in single player) are available, but all of these are fan favourites. It is not like Mario Kart 7 for example, which did not include Waluigi but had Metal Mario and Honey Queen for some strange reason. Nonetheless, everybody could pick and enjoy a driver from the lineup. Furthermore, the three classes mean that most drivers feel different from each other. This is further boosted by the karts available.

Following on from Mario Kart Double Dash, each character has driver specific karts. At the start, players have two karts to choose from for each character. This included the standard kart and a specific vehicle for each individual character. What is more is that you can unlock a third kart for each character, allowing for some cool combinations. This gives you a reason to try out every character, to see what kart and character combination works best for your play style. Favourites of mine include Yoshi’s Egg 1, Mario’s B Dasher, Dry Bones’ Dry Bomber and Donkey Kong’s Rambi Rider. Most karts really capture elements of their respective characters, which is wonderful to see. I wish this element was in more recent Mario Kart games, but their in-depth customisation is also nice.

I mentioned that most of my friends played this game at some point. It is also unlikely that they all owned the game. Fortunately, it took just one player owning the game to get everybody involved! All you had to do was join one player’s game. This game was fantastic for coach and car journeys in school, making the time pass much easier. This innovation from Nintendo brought players together, as it was easier than ever to play against friends. You did not need to share the same screen or sit right next to everybody. All you needed was a DS, and you were ready to go!

Playing with friends was not the only way to enjoy the experience thoroughly. Like previous and future games, you could play in Grand Prix, Time Trial and Vs mode, allowing to choose your desired tracks to race on. Also, like other games in the series, Battle mode is also on offer. While I feel it is not as fun as racing, it is a fun game mode at times. Only six maps exist with two game modes but it is fun nonetheless.

If you do not know, Battle Mode allows you to play either Balloon Battle or Shine Runners. Balloon Battle is about bursting opponents balloons and keeping yours inflated; you lose when your balloons have popped. Interestingly, you can blow up your balloons again by blowing into the DS microphone. Shine Runners similarly tasks the player with keeping Shines, but they are also collectible items on the maps. Those with less shines are eliminated from the game over time. This in later games was replaced by Coin Runners but its still fun in bursts.

Perhaps the most interesting (and exclusive) game modes on offer in Mario Kart DS is Mission Mode. In this enjoyable mode, players are tasked with completing tasks on courses seen throughout the game, and exclusive levels. I am shocked that this mode has not returned! As a kid, it was very fun and consistently offered something different to racing. Additionally, this mode makes players play as different characters, which is good to get them out of the comfort zone. Yoshi has been and always will be my favourite character but playing as Donkey Kong or Toad is fun also, partly thanks to Mission Mode.

Finally, we must discuss the graphics and gameplay of this iconic title. Being on the Nintendo DS, this Mario Kart title naturally did not flourish in the graphics department. At times the game is very much pixelated and okay at best to look at, but what can you expect from a 2005 game on a portable console? Despite the limitations, some of the tracks look very nice, such as Luigi’s Mansion and Airship Fortress. Even so, I could and still can overlook the graphics for such a fun title.

Now onto gameplay. Like most Mario Kart titles, racing in 50cc or 100cc feels slow as expected. Playing 150cc however can be so fun! I feel that racing is fast and intense, which is helped by the design of many tracks. For a kart racer, the trick is not to have too many long straights, otherwise the feeling of high speed is oddly not present. Mario Kart DS does not have this issue on most tracks so the racing is enjoyable in this sense. Additionally, while not yet perfect, the drift system is good enough. As any drift system should do, it allows players to navigate the tough corners, while earning a boost like in most kart racers. It does not take too much practice to master either.

Intensity is created through speed but also speed in Mario Kart DS. We all know by now the frustrations of being hit by a blue shell on the final corner, but it is a good item for feeling the pressure and intensity of a race. Aside from this, other classics return. Red and green shells, bananas, stars and more are all here. Interestingly, this is the game that debuts the fan-favourite Bullet Bill. There is a reason that this item has stuck around ever since; Bullet Bill is fantastic for getting back into the running. The Blooper is the also introduced and while not as good, it can sometimes cause player mistakes. Like the Bullet Bill, it has kept its place in future Mario Kart titles.

There are times where I truly wish I could return to childhood and the fresh experience at the time. Alongside sequel Mario Kart Wii and Crash Team Racing, I have unending nostalgia for this title. It will forever have a special place in my heart due to the fun I have had playing. All the tracks, karts, missions and items have made returning to this game a blast also. If you have never played it, give Mario Kart DS a go! If you have, maybe its time to return to the classic, and experience it just one more time. Mario Kart DS is truly a brilliant title for the time and will forever live in gaming history.

Thank you for reading this retrospective! Check out more from Redbrick Gaming below: