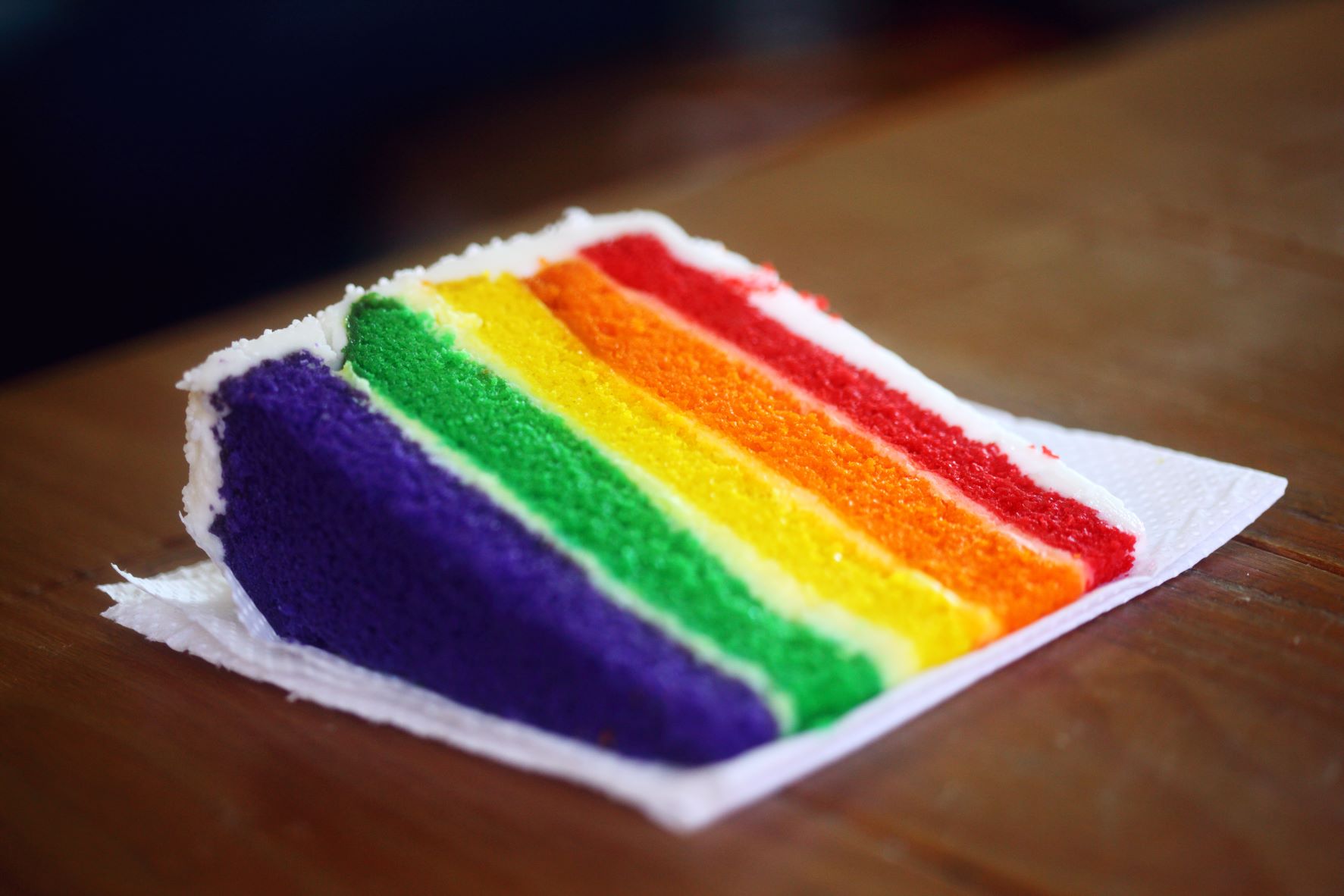 Food&Drink Editor Cara-Louise Scott takes a look at Marks & Spencer’s new launch, discussing whether it is a step in the right direction or unnecessary gender conformity

Cara-Louise Scott
I am a third year English and creative writing student who loves reading, writing and travelling! I am the Digital Editor and Food&Drink editor <3
Published at 17:00 on 5 March 2022
Images by Sharon McCutcheon on Unsplash

With Valentine’s being the annual day of the year in which people are invited to celebrate love and friendship, it seems normal for supermarkets to bring out some new chocolate or cake associated with the day of love. What I was not expecting was for M&S to bring out a same-sex Colin the Caterpillar cake.

This Valentines, those who shop at M&S could buy a special limited-edition version of the famous Colin the Caterpillar cake for Valentine’s day: A ‘Love Is In The Air’ pairing, which includes the first-ever same-sex cake couple. This meant that customers could buy a same-sex pairing featuring two half-size cakes, with either Colin and Colin or Connie and Connie (as well as Colin and Connie together). The pairings cost £10 each for the two cakes.

LGBTQ+ news outlet Openly reported that M&S brought back their same-gender Valentine’s cards, as well as working to make their existing collection more gender-neutral as a bid to ‘be more inclusive.’

While the idea of a cake couple pairing is cute, something just felt odd about the exclamation of the ‘first-ever same-gender pairing.’ Perhaps M&S just wanted to appear as inclusive as possible in the modern world, but it seemed like they were waiting for a pat on the back for something that should already be normalised.

Reactions have been varied but mostly positive with one shopper saying it is ‘about time M&S created same gender caterpillar options, hopefully next year we will see non-binary editions as well’ and another person stating that this ‘was very much needed and a real step to fight homophobia, transphobia, fatphobia all in one step. Awe inspiring.’

LGBT outlet Openly took to Twitter to ask in a poll if this was a ‘marketing gimmick’ or real support, to which 63.3 per cent of voters reported it was a gimmick – this is not the first time M&S have received backlash by members of the LGBTQ+ community. In 2019, M&S introduced an ‘LGBT sandwich’ which was a version of their BLT sub, but it was faced with backlash from the community with some people calling it an ‘insulting marketing stunt.’

While I understand that this is a small step in continuing to normalise all type of couples and a ‘more rounded view of how we love,’ I do think that it is important to remember that cake is just an inanimate food object, so we do not need to put a gender on it in the first place. The cake is never going to change LGBTQ+ rights.

What bothers me is the fact that in today’s world, we should actually be focusing on being more representative of gender nonconformity, instead of still placing perceptions of gender on an object that does not even need a concept of gender. These caterpillar same-sex coupling cakes adhere to gender binaries so M&S are not being as inclusive as they would like to believe.

As it is only a cake, it would make more sense to apply a non-binary situation to a cake that, surprisingly enough, does not have a gender – because it is a cake. If the BRIT Awards, which have actual human beings in who are born with a sex, can be made  gender-neutral, then so can caterpillar cakes. Maybe next year M&S will realise that we do not need to gender cakes.

Looking for More Foodie Insights? Have a Browse: