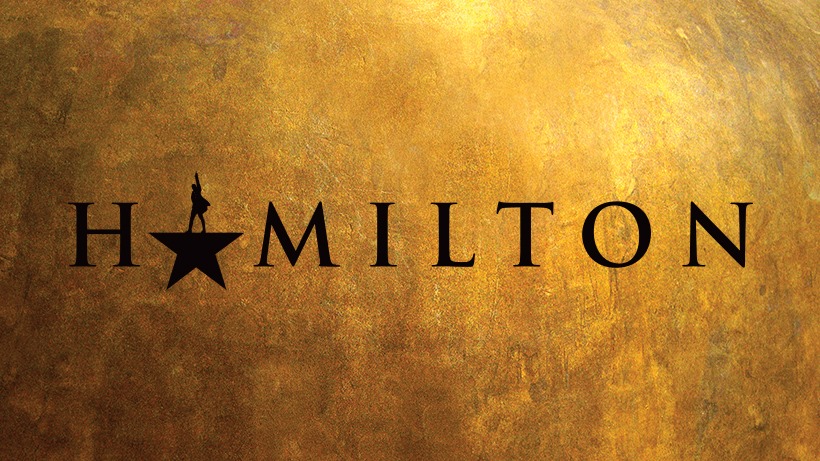 As Hamilton the musical makes the jump from stage to screen, Culture writer Lauren Novelli examines its success, praising the uplifting production and talented cast

Written by Lauren Novelli
Third year History and Theology student at the University of Birmingham.
Published at 11:00 on 18 July 2020
Images by Hamilton on Facebook

We can all agree that 2020 has not been the best year so far, with a plethora of negative news at every turn and seemingly not much to look forward to. In fact, one of the only good things has been the news of the Broadway sensation Hamilton being released on Disney+. Originally intended for release in October 2021, the record-breaking show was released on the 3rd July 2020 over 15 months earlier than expected with fans from 19 countries being able to tune in and finally be in ‘the room where it happened.’

Written by the genius Lin-Manuel Miranda, who also stars in the titular role, Hamilton tells the story of an orphaned immigrant who rose to become one of the most influential founding fathers of America. Captured live from the Richard Rodgers Theatre in 2016, it features the multi-award winning original Broadway cast and includes iconic numbers such as ‘My Shot,’ ‘Yorktown’ and ‘Non-Stop.’ Standout performances for me went to Renée Elise Goldsberry (Angelica Schuyler), Leslie Odom Jr. (Aaron Burr), Christopher Jackson (George Washington), Daveed Diggs (Marquis de Lafayette and Thomas Jefferson) and the hilarious Jonathan Groff (King George III). The hip-hop musical has been widely praised, receiving 11 Tony Awards, a Grammy, 7 Olivier Awards and the prestigious Pulitzer Prize for Drama and the catchy soundtrack will leave you humming the tunes for weeks.

Being a massive fan of the show and having seen it on the West End in 2019, I was interested to see how it would be translated on screen. Theatre and TV are two completely different mediums of entertainment so realistically, they would not have the same impact and would portray two different experiences. Being very much a theatre person I was originally sceptical about the value of having this musical recorded and widely available to the public rather than getting the full theatre experience. Overall I was surprisingly impressed with the recorded version but found that there were both positives and negatives to having the show available on film.

One of the most obvious positives of having Hamilton on Disney+ is that it enables wider accessibility to audiences who otherwise may never get the opportunity to see the show. Decent tickets can often cost more than £100 each, not mentioning the cost and practicalities of getting to London. Having the production filmed means that fans from around the world can be inspired for an affordable price. Especially as Hamilton, which is basically a fun, action-packed history lesson, contains positive take home messages and often inspires people to find out more about this part of history.

A further positive of having the musical recorded is that it can be watched with subtitles. This is not only valuable for those with hearing difficulties, but also audiences who may not be familiar with the show. Without knowing any of the songs or having an awareness of the history behind the musical, watching it can be quite overwhelming due to the volume of characters and the fast paced nature of many songs.

This became apparent when I watched the show with my mum and whilst I basically know all of the lyrics, she struggled to understand some of the important aspects which brought home how confusing and fast-paced the show can be. Being able to see the lyrics onscreen and read what is being said, as well as being able to pause or rewind, allows a fuller understanding of what is happening. Of course, there is no such opportunity for this in the theatre.

The Disney+ version of Hamilton allows a different perspective that allows audiences to observe the show at a close range. The recorded version is actually a culmination of three performances, one of which was specifically dedicated to taking close up shots of performers without an audience. This allows us to observe little details that would otherwise be missed.

Often in a theatre, especially if you are sat nearer the back, it is difficult to make out the details that performers put into their characters. One example of this was especially prevalent during ‘The Election of 1800’ when Jefferson asks ‘Can we get back to politics?’ and Maddison replies ‘Please?’ whilst wiping tears from his eyes, adding an element of comedy to his character that I had not observed before. The performers in Hamilton are awe-inspiringly talented, and it is little details like this that are missed when watching in the theatre, but can be observed at close range from the comfort of our living rooms.

Despite all of this, there are a few elements of the recorded version which I was disappointed with. One of the most impressive parts of the show for me is the incredible ensemble. The ensemble for Hamilton are the very best and when I saw the show in the theatre, I often found myself watching them more than the person singing onstage as they were so versatile, never stopped moving and added another layer to the show.

The Disney+ version, whilst allowing a different perspective for viewing, really misses the opportunity to emphasise this and the ensemble are often blocked out of shot to prioritise some of the more central characters. This means that many of the dance numbers are not seen in their full glory and this neglects one of the best parts of the show. There is a real lack of wide shots to encapsulate the whole stage, especially in Act 1. Furthermore, whilst being filmed at the actors eye line provides a rare perspective on the production, the show was choreographed and created for theatre meaning many of the best angles, those that paying audience members would be exposed to, are often not achieved.

Additionally, although there is an audience present during the filming, there is nothing quite like the buzz of live theatre. Being shut off from the world, experiencing the energy and magic with thousands of strangers around you and feeling part of something special. That is where live-recordings really miss out. I always feel a little fearful when they are released, as it makes me think people will not feel the need to book tickets when in fact the theatre is a very different experience.

Overall, whilst there are a few issues with the production being filmed and I am so glad that I saw the show in the theatre before the recording, Hamilton on Disney+ provides the next best thing and an incredible watch. There are so many other things that I could have mentioned: the superb lighting to match the mood of each individual number, the impressive costumes, set and revolving stage which makes everything even more impressive, the incredible diversity within the cast. I could go on. The hype and excitement generated by its release proves how much we need live theatre and how it can educate, enrich and inspire.

Hamilton is a night out to the theatre, a hip-hop album, a dance masterclass – and a great story. Check it out on Disney + now.

Review: The Book of Mormon

Review: What’s in a Name