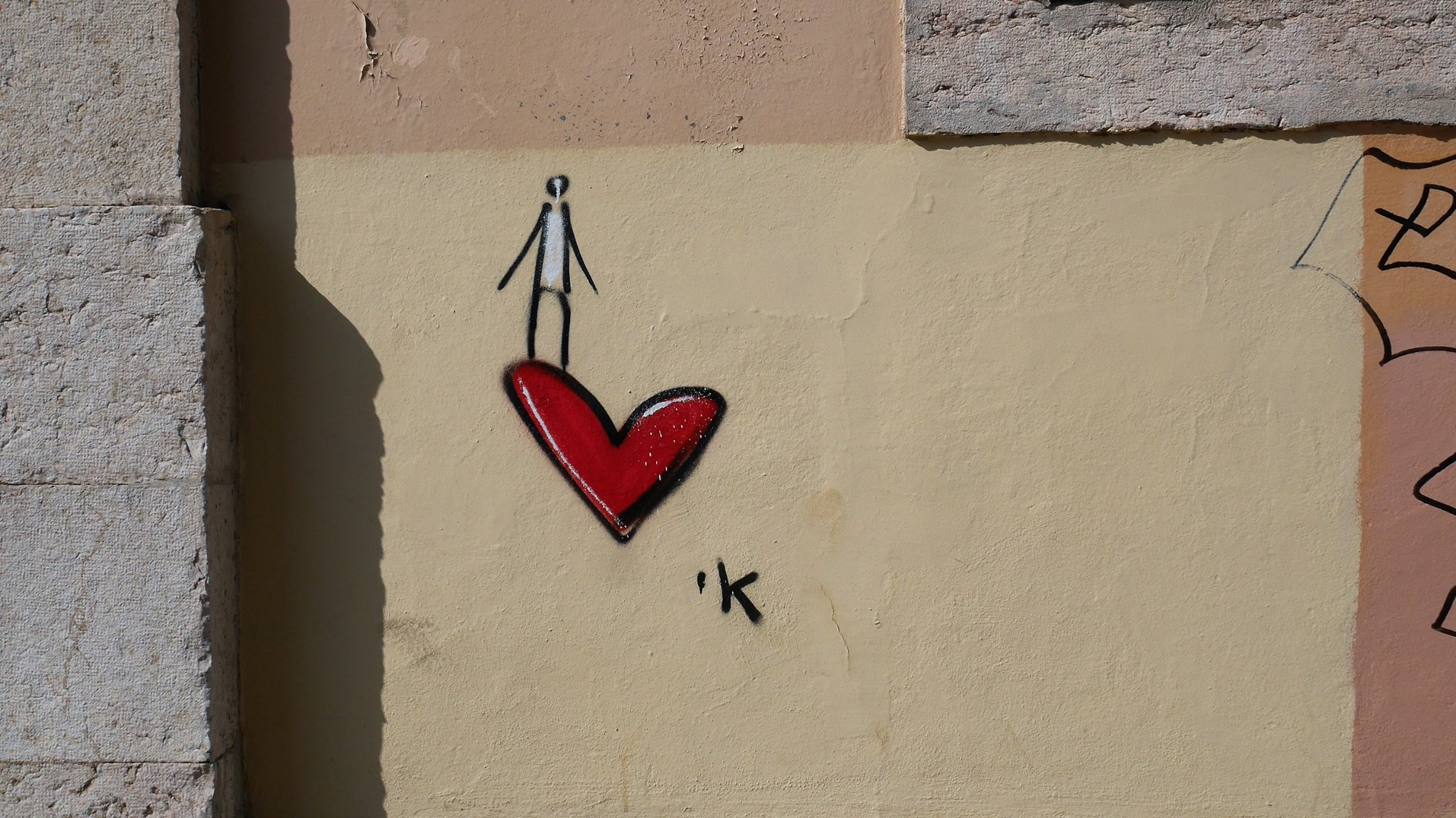 It Must Be Love: Valentine’s Movies 2021

Carl and Ellie – Up

It’s a stretch to call Pixar’s Up a Valentine’s film, particularly as it is more concerned with loss than love. But even in the brief montage they share together, Ellie and Carl are one of the most delightful and heart-warming onscreen couples in cinema. In many ways they are opposites, with the wedding scene showing the mismatch of families across the aisle: the gun-toting and hooting hillbillies, and the dreary, uptight puritans. Even their furniture shows us this contrast, with Carl’s brick-like utilitarian armchair sat beside Ellie’s sleek, embroidered seat – they even evoke the characters when empty. With their unquestioned commitment to each other despite their different personalities, you’re rooting for them almost immediately.

Contrary to most romance films, Carl finds the love of his life early on, and for most of the film he suffers because of it. This is where I think Up’s brilliance comes in – particularly in deprioritising romantic relationships as the single most important thing in life. Carl leads a very happy life with Ellie, but after she dies he is left adrift, fittingly illustrated by his house floating in the sky. It is only when he forges new relationships, becoming a mentor to Russell, and befriending a talking dog and tropical bird, that he finds meaning in life once more. Not bad for a children’s film, eh?

Jesse and Céline – Before Trilogy

Jesse (Ethan Hawke) and Céline (Julie Delpy) meet on a train on its way to Vienna. They spend the night there and promise to meet up in the same place one year later (this is the 90s: that pledge is all they have to go on). Jesse shows up but Céline doesn’t. No matter: life moves on. Yet, their paths cross again, nine years later, in Paris. Roll the clocks forward another nine years and the pair are on holiday in Greece, married with children.

That is the macro story of Richard Linklater’s Before trilogy, a wonderfully low-key examination of a relationship filmed over twenty-seven years which thrives on the little details. Filmed in three instalments set nine years apart, the series follows one magical night of courtship and how this plants the seed for a stormier but fuller relationship. Delpy and Hawke are effortlessly winning in their roles. Backed by Linklater’s humanist touch, they transform from eager and naïve in Before Sunrise to cautious but hopeful in Before Sunset and honest but impassioned in Before Midnight. Seeing the whole span of their relationship, from doe-eyed cherubs to weathered, real adults, alongside the genuine ageing of the actors, is a joy to experience and offers a comprehensive portrait of romance that few other films can match. Troy Bolton may have deployed some debatable dance moves in his time, and Gabriella’s love for chemistry is not something I could ever relate to, but this unlikely pair became the figureheads of my romantic awakening. Fate in the form of an inopportune spotlight picks these two out of the crowd and they are forced to sing a love duet together… Afterwards, Troy cracks a terrible joke about singing in the shower, Gabriella giggles, and BAM! sparks fly, fireworks explode behind them, and my eight-year-old heart is quaking.

From here their entire relationship is demarcated through song, from the trainer-squeaking, basketball bouncing ‘Get’cha Head in the Game’ to Gabriella’s heart-wrenching corridor ballad (‘Now I know you’re not a fairy tale/ And dreams were meant for sleeping’). We are swept along through their shy first encounters and romantic roof-top dates, and watch as they face up to hilarious, if intense, opposition in the form of the hair-flicking, sunglass-toting diva that is Ashley Tisdale. Their relationship provides plentiful emotional fodder for one’s romantic fantasies, but also tells the story of two people stepping out of their niches and cliques to discover something new. Troy and Gabriella’s faith in each other gives them the strength to be themselves, and to deliver their epic finale, the certified banger that is ‘Breaking Free.’

Bella and Edward – The Twilight Saga

Moody teenagers, werewolves, and vampires that sparkle in the sun – Bella Swan (Kristen Stewart) and Edward Cullen (Robert Pattinson) are the film couple that people love to hate. Despite the divisive opinions on the couple, it is undeniable that they defined the teen romance genre in the late 2000s. To this day, Edward and Bella remain one of the most memorable and iconic film couples of the 21st century – love triangle with Jacob (Taylor Lautner) aside.

The development of Edward and Bella’s relationship across the five films of the saga shows them at their best and their worst. In spite of the ‘dating a 100-year-old vampire’ aspect of the relationship, there is a warm familiarity that comes from watching two somewhat flawed individuals fight to make it work. Pair this with some hilariously choreographed action scenes of the Cullen family protecting Bella, and you have the perfect fantasy romance film couple.

Twilight’s cult following of teenagers divided over the question of ‘Team Edward or Team Jacob’ may have caused some unfair preconceptions about the saga, but this does not overshadow the nostalgic joy that comes from watching Edward and Bella’s relationship onscreen. In my opinion, there is no better way to celebrate Valentine’s Day than with a Twilight marathon!

Charles and Carrie – Four Weddings and a Funeral Ah, weddings. A momentous display of the love between two people surrounded by their friends and family, to some, appears to be the pinnacle of romantic gestures. Charles (Hugh Grant) could not disagree more. To him, they are a reminder of romances past and his inability to commit to settling down. That is until he meets Carrie (Andie MacDowell), a brash and carefree American with the world at her feet. After fleeting interactions as they navigate the social hellscape of the first wedding, he cannot seem to get her out of his head.

As their lives intertwine at three more weddings and a particularly heart-wrenching funeral, viewers watch as Charles and Carrie continue to miss one another like ships in the night, harbouring their feelings for one another as they attempt to live their destined, more realistic lives. Their decision not to marry at the end of the film showcases the unconventionality of their romance, and perhaps saves their friends the same begrudging reluctance they experience at having an invitation arrive in the post. Candid, imperfect and endlessly charming, Four Weddings and a Funeral is a must-watch Valentine’s Day classic.

Mary and Tim – About Time

When Mary and Tim met, it was love at first sight. The second time around, Mary had a boyfriend. During the third time, they fell in love again.

At 21, Tim discovers that the men in his family can time travel to days they have already experienced. If he changes the events that happened that day, the outcome can also change. However, when Tim tries to make his crush Charlotte fall in love with him, he fails consistently. This shows that it is faith and luck that brought Tim and Mary together as well as a bit of trial-and-error.

At first, Tim abuses his time travel abilities to make their, sometimes awkward and comical, relationship perfect. However, when their wedding crashes due to heavy rainfall, Tim asks Mary if she would have preferred to choose a better day. Mary replies, ‘No. Not for the world.’ Tim then realises that imperfectness is normal and he decides to only go back in time to re-live days with his ill father. After their third child is born, he lives each day as if its the only time he can experience it.

A lot more heart-wrenching situations occur in this movie. It is beautifully filmed and it shows a relationship slowly growing from humble beginnings to an imperfect perfect forever.

Looking for a little more romance in your life? Check out these other articles from Redbrick Film: