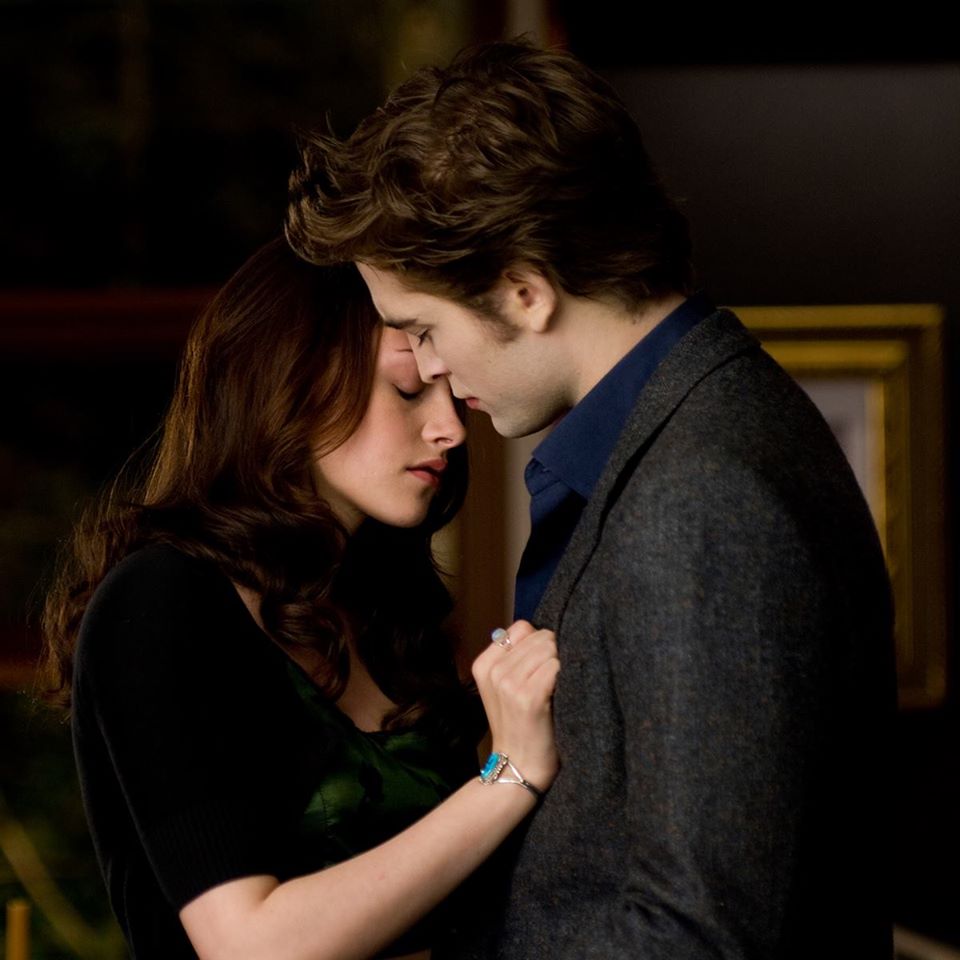 In the first of our new series ‘Child’s Perspective’, Comment Editor Abby Spreadborough suggests that The Twilight Saga is eclipsed by its original

Written by Abby Spreadborough
Published at 13:00 on 10 July 2020
Images by The Twilight Saga on Facebook

As lockdown has left many of us confined to our childhood bedrooms there is no time like 2020, the worst year in living memory, to regress to the comfort of 2008, perhaps one of the best years in living memory. Some may remember 2008 as the year of the Beijing Olympics or the financial crash, but what stands out to me is Twilight. Yes, Twilight, the much-reviled teen romance movie dismissed by critics and Robert Pattinson alike but adored by a largely female fanbase. In fact, something of a ‘Twilight Renaissance’ has been happening as of late as more fans than ever are revisiting and reevaluating The Twilight Saga, myself included.

Aged nine, I watched wide-eyed in wonder for a truly transformative 2 hours and 6 minutes as Bella Swan (Kristen Stewart)  departed from sunny Arizona to Forks and fell ‘unconditionally and irrevocably in love’ with Edward Cullen (Robert Pattinson), a (quite literally) dazzling vampire. Everything about this film utterly captivated me and I became a dedicated ‘Twihard.’ That Christmas I got a hold of the entire series of books and read them feverishly, staying up into the small hours to find out if Bella would choose Edward or Jacob (Taylor Lautner). One year for world book day, I even came to school as Bree Tanner, the titular character for one of Stephenie Meyer’s spin-off novellas from the series. I decided to revisit the films which first ignited my obsessions to see if they still have it.

Undoubtedly, the first film is the best, I thought this as a pre-teen and I maintain this stance as an adult. Director Catherine Hardwicke brought Forks to life, colouring the dreary Pacific Northwestern town with the saga’s most visually striking colour palette of muted earthy tones. Not to mention the exemplary soundtrack including my personal highlights, Muse’s ‘Supermassive Blackhole’ which provides the backdrop for the Cullen’s thunderous baseball game and Paramore’s ‘Decode’ which I adopted as my soundtrack on school bus rides.

Bella and Edward were exactly how I had envisioned them. As an adult, I appreciated their sheer awkwardness as one of a few genuinely realistic portrayals of 17-year-old embarrassment in cinema. But I have to admit the first instalment does include some genuinely laughable moments of dialogue such as ‘hold on spider monkey,’ which precedes Bella high-speed piggyback through the lush forests of Forks. The absurdity of lines like these now only add to the charm the movie holds which the other adaptations struggled to live up to as the saga progressed. Having fully adopted the late 00s emo aesthetic of the films, I was more than prepared for Chris Weitz’s New Moon, the second instalment, which brings to life the series infamous love triangle. Fearing for Bella’s safety after her catastrophic Birthday party at the Cullen’s, Edward breaks up with Bella. This sends her into a deep depression which is skilfully conveyed with Bella motionless, staring out of her bedroom window as seasons pass in seconds. The camera encircles her capturing her melancholy mood. Watching this scene play out as a 20-year-old in lockdown, it felt palpably appropriate as spring seemingly merged into summer with the same emptiness of Bella’s world in New Moon.

Bella spends the remainder of New Moon seeking out life-threatening experiences, first crashing a motorbike before nearly losing her life cliff jumping. The plot then echoes Romeo and Juliet which is continually referenced throughout the film, as Edward decides to die at the hands of the Volturi after he believes Bella is dead. Re-watching this instalment, I will admit that at times the pacing lagged and seemed to meander unnecessarily; in neither style nor substance did Chris Weitz’s Twilight universe live up to Hardwicke’s original.

David Slade then took the helm for Eclipse, perhaps the only film which could rival Twilight. Slade is known for his work on films such as the horror 30 Days Night and thriller Hard Candy, as well as shows like Breaking Bad and Black Mirror. Given his filmography, his decision to take on an established young adult franchise was unexpected,  but exactly what the series needed as it took a more violent turn.

Victoria, a scorned vampire for the two previous films, begins to amass an army of newborn vampires in nearby Seattle to take revenge on the Cullens for the murder of her mate James in the first film. This movie played up the love triangle more than ever as fans weighed up what was better: life as a human with werewolf Jacob or an immortal existence as part of the Cullen clan with Edward? For me, the answer was and remains obvious – Team Edward, of course. As the series’ popularity grew, so did the budget, allowing for the climactic clash between the newborn army and the Cullen family, who put their differences aside to team up with the Quileute Werewolf tribe. More so than any of the other films, Eclipse gives more depth to secondary characters like Rosalie and Jasper whose origin stories are revealed in this instalment. The final 700+ page novel, Breaking Dawn, was divided into two parts. This is a form which became popular with Hollywood adaptations of beloved YA novels in the early 2010s. But upon reflection in the case of Breaking Dawn part one, I am not sure this was entirely necessary. Part one sees Bella finally marry Edward in broad daylight, which on this occasion doesn’t make the various vampire guests sparkle. On their isolated honeymoon, Bella becomes pregnant despite assurances that this would be virtually impossible. Wedded bliss quickly descends into a nightmare of body horror, as Bella cannot support her half human half vampire unborn child. However, after a close brush with death in childbirth, Bella becomes a Vampire.

And so the final and most problematic film of the saga begins, Breaking Dawn part two. It is revealed that Jacob has imprinted on Bella and Edward’s daughter, Renneesme, who is creepily rendered using CGI and a doll referred to as ‘chuckesmee’ as crew members. This means that when Renneesme comes of age, which is estimated to happen within around eight years, she will be romantically bound to Jacob for life. For fans of the saga, this plot point is not only disappointing and lazy attempt to give Jacob a happy ending but a deeply troublesome decision on Meyer’s part. It has led many fans online to rewrite what is and is not canon within the saga, as opposed to referring to the authorial authority of Stephenie Meyer, or ‘Smeyer’ as she is often referred to online. There has also been reevaluation of Meyer’s Mormon values, which pervade the chastity tale, as well as misrepresentation of the Quileute people and subsequent commodification and exploitation through Twilight tours on their reservation.

Part two further broadens the Twilight universe by introducing a host of other vampire covens, as the Cullens seek to amass witnesses to attest to Reneesme’s ageing as the Volturi have forbidden the creation of immortal children. Similarly to Eclipse, a climactic confrontation seemingly ensues. In the film’s iconic twist, many major characters die, before it is revealed to be merely a vision of the chaos that will ensue if the Volturi don’t back down. To this day, one of the most memorable cinema experiences I have ever had was seeing Carlisle’s decapitated head in the hands of Aro. Both as a pre-teen and adult, Breaking Dawn did not provide the most satisfying of endings. Yes, Team Edward triumphed and there were some added twists which weren’t included in the book, but both now and in 2012, I was left disturbed by Jacob’s imprint on a newborn baby.

The Twilight Saga, both a collection of young adult novels and films, will always hold a special place on my bookshelf and DVD collection. For many years the series and it’s largely female fanbase have been unfairly derided in ways which largely male fanbases never are. Revisiting these films in lockdown has let me relive one true passion of my preteen years as well as recognise the absurdities and problematic aspects of the Twilight Saga. It has been a welcome break from the new and strange world we now find ourselves in.

Looking for more blasts from the past? Check out these other articles from Redbrick Film: