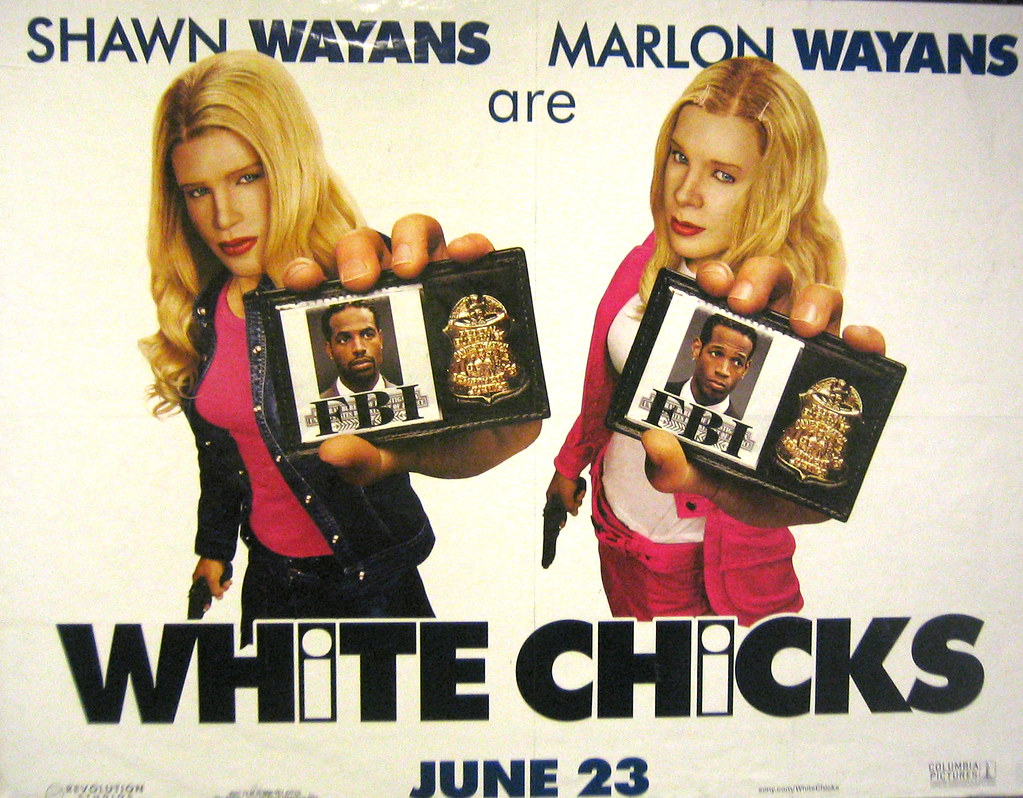 Written by Danielle Murinas
Published at 17:00 on 1 July 2020
Images by torbakhopper

Following the murder of George Floyd at the hands of police, the Black Lives Matter movement has gained significant international momentum, with calls for an end to racism and an acceptance and understanding of white privilege. In the wake of this, the way race has been approached in the media has been put into question, one of which is the use of blackface in comedy. The British comedy Little Britain has since been removed from streaming services, for its use of blackface in a sketch in 2003. Creators Matt Lucas and David Walliams have since both issued statements in which they expressed their regret and apologised for their decision to use blackface to play characters of a different race.

But such a decision opened a wider debate about the use of whiteface in media, which manifested through calls to remove popular film White Chicks. The 2004 film sees two FBI agents go undercover as popular socialites using whiteface. People took to Twitter to claim they found White Chicks ‘deeply offensive’; arguing this too should not be available on streaming services. Such critics have conflated the use of whiteface and blackface, seeing them as both racially prejudiced issues. But such an argument fails to take into account the history and legacy which surrounds the use of blackface, and by extension, the highly offensive ideas it represents.

Blackface was originally popularised in the United States in the early 1800s and was used to imitate black slaves working on plantations. It was mainly used for minstrel shows, which would see performers don shoe polish and grease to take on the role of ‘slaves’ and perform for white audiences. Performers would also exaggerate their features, accents and characteristics, all of which contributed to a practice that was used to mockingly represent black people. The minstrel shows perpetrated negative stereotypes of black people, showing them to be lazy, ignorant and criminal. Blackface was a form of social propaganda, founded by and used to instil racialised attitudes into society.

The historic legacy of blackface cannot be separated from its contemporary usage, and nor should it be. Blackface dehumanised black people and was evidence of the deeply unequal hands of power that existed within a society that readily used black people as slaves. For white people to use this practice today is to contribute to a system that was based on the foundation of slavery. Therefore, the decision to remove programmes that adopted this practice like Little Britain is a necessary move towards ending racism and racist attitudes by understanding its history.

Whiteface, on the other hand, does not share the same legacy or history. Although equal in terms of the technicalities of imitating another race, it is certainly not equal in its prejudice and racism. The calls to remove this film from services is a further example of how white privilege has not been fully accepted by members of society. White people are privileged in the sense that whiteface does not have a history embedded in the brutal enforcement of generations in slavery. Nor has it been used for racial gains to show the superiority of its imitators. If there are issues with films such as White Chicks, they should not be brought up in response to calls for an end to racism, but should be subjected to a separate conversation that does not undermine such a necessary movement. The two practices cannot be conflated as their uses and aims have been significantly dissimilar.

The historic use of blackface has made it representative of slavery, and the process of dehumanising black people to justify the act of slavery – the practice of whiteface, however, does not share the same sad legacy.

Want to learn more about this topic? Check out these articles:

Racism in Popular Culture: Has it Gone with the Wind?