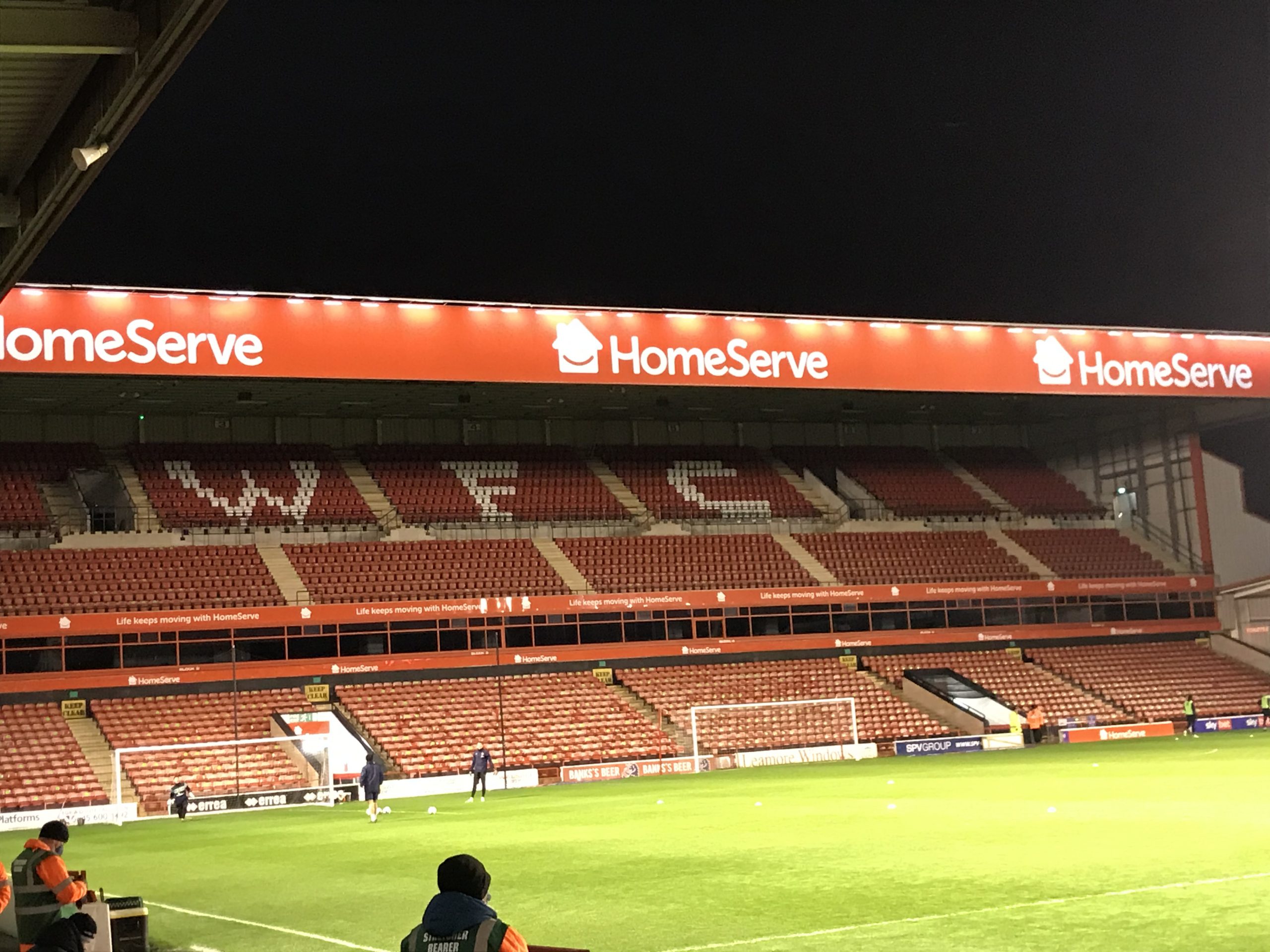 An injury-time Josh Gordon penalty rescued a point for Walsall against Stevenage last night at an empty Bescot Stadium.

Aramide Oteh’s spot-kick at the start of the second half had put the visitors on course for their first away win since January.

Gordon’s late equaliser marked a happy return for the 26-year-old, who was named in the Saddlers squad for the first time since sustaining a knee injury in October.

Due to Mansfield’s win at Cambridge United, the point was not enough to keep Stevenage out of the League Two relegation zone, while Walsall remain in 16th position.

Though the gap between the two sides is only six points and a handful of places in the table, the Saddlers controlled much of the game, dominating possession from the opening minutes.

They were on the front foot throughout the first half, with Elijah Adebayo’s industrious hold-up play proving effective, if somewhat one-dimensional.

Route one football was the name of the game, with brief moments of skill, such as Walsall winger Wes McDonald’s threatening forays down the left, a welcome sight.

However, neither Adebayo’s physicality nor McDonald’s mazy runs helped the hosts fashion many meaningful chances before the break, with McDonald’s sliced effort from close range the closest they came.

Instead, their lack of quality in the final third was the story of the first half. Free-kicks, corners, and crosses from open-play all flew into the stands, epitomising Walsall’s wastefulness before the break.

Stevenage were coming off a penalty-shootout victory over Hull in the FA Cup second round on Sunday and their first-half performance on this cold, clear night suggested there were some tired and perhaps sleep-deprived bodies in their ranks.

It was a credit to Boro and their manager Alex Revell that they began the second period rejuvenated. The half was less than five minutes old when Tom Pett pounced on a sloppy Emmanuel Osadebe backpass, poking the ball away from Jack Rose and drawing a foul from the Walsall keeper.

Oteh, despite not taking a penalty at the weekend, stepped up and emphatically stroked the ball high and down the middle, leaving Rose helpless as he dived to his right.

For a brief period after taking the lead, Stevenage threatened to take charge of proceedings. Danny Newton dragged a shot wide from the edge of the area shortly after Oteh’s opener. With 15 minutes to go, skipper Scott Cuthbert’s glancing header dropped agonizingly wide of the far post.

It always felt like Darrell’s Clarke’s men needed a mistake to find an equalizer and, having waited for an away win for so long, their opponents buckled under the pressure.

The fourth official was preparing to signal the amount of added time when the ball broke to Gordon in the area and, although he had his back to goal, three Stevenage players flew in at the substitute. Cuthbert made the most contact with a clumsy challenge, before Gordon picked himself up and stroked the penalty in off the bar, impressively making Oteh’s spot-kick look distinctly average.

It was a finale emblematic of each side’s season. Stevenage’s craving for a long-awaited away win proved costly when cooler heads were required, while Walsall’s inability to capitalise on good positions largely explains why they have drawn nine of their 15 league games this season.

This Saturday, with Stevenage playing at home and Walsall travelling to tier two Tranmere, both sides will play in front of fans for the first time since March.

Though their encounter did not lack intensity, the presence of supporters cheering them on or, in Walsall’s case, hurling abuse, will surely provide a welcome change of scene for two clubs languishing near the bottom of the Football League.

From Barca to Brum: Halilovic Looks to Resurrect Career With Blues