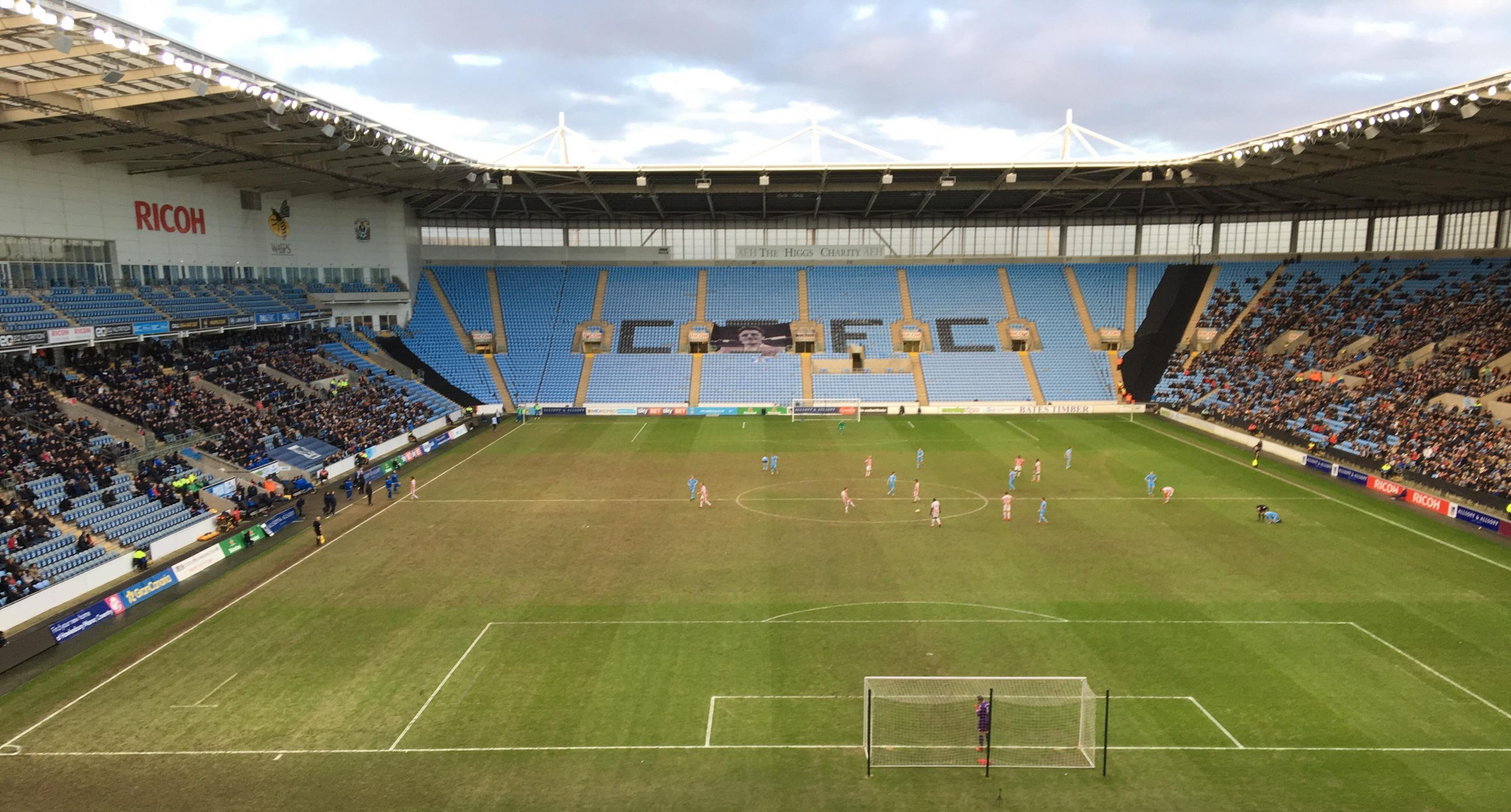 Coventry City Football Club will play at the Ricoh Arena once again from the 2021-22 season onwards. This announcement came on the 10th March 2021 when Coventry City and Wasps Group revealed a ten year license for the team to play at the ground. Since August 2019, all of Coventry’s home fixtures have been played at Birmingham City’s stadium, St. Andrew’s. This was as The Sky Blues and Wasps were unable to come to an agreement, but after two seasons, the team can finally return home once again.

Unfortunately, this is not the first occasion in which Coventry have been forced to play outside of the city. In the 2013-14 season, Coventry had a groundshare with Northampton Town, playing all home games at the Sixfields Stadium. They returned to the Ricoh Arena after a deal was agreed on the 21st August 2014. Many fans would have hoped it would be the first and only time that they would play their home games away from Coventry. Now, fans can hope that this is the second and last time.

Despite the change of cities, Coventry have performed very well at St. Andrews. At the time of writing, Coventry have lost just six of their 35 home league games across the two seasons in Birmingham. Thanks to their incredible home form, The Sky Blues lifted the EFL League One title in 2020. As a result, the spell at the ground of rivals Birmingham City has not been entirely dreadful but being back in Coventry is what every fan wants.

With the pandemic and Coventry currently in the Championship, this is fantastic news for all the supporters. When fans can return to stadiums once again, I will certainly attend Coventry games. Many football fans have missed the matchday atmosphere and watching their favourite players live. There is something so special about it, and so watching the team in the home city again will be fantastic.

Unsurprisingly, travelling to Birmingham for home games was not ideal for many Coventry fans, and attendances suffered as a result. Fortunately, Birmingham is not too far from Coventry, so the hardcore fans still turned out in the thousands. For me, the travel was easy enough. All I had to do was take a train from Selly Oak to Birmingham New Street and walk for 25 minutes. However, from Coventry, I would have to get to the city centre, take a train to Birmingham and then walk that 25 minutes. With games taking place at the Ricoh Arena again, I am only a bus ride away.  This alone shows why crowds had reduced. When fans return, the attendance figures will be much better, especially if the club retains their status in the Championship.

Could this be the resurgence of Coventry City FC? I really hope so! The past several years have been positive for The Sky Blues, with three trophies and two promotions. Being able to play in Coventry again is another big step forward and hopefully my club can continue making great strides forwards.