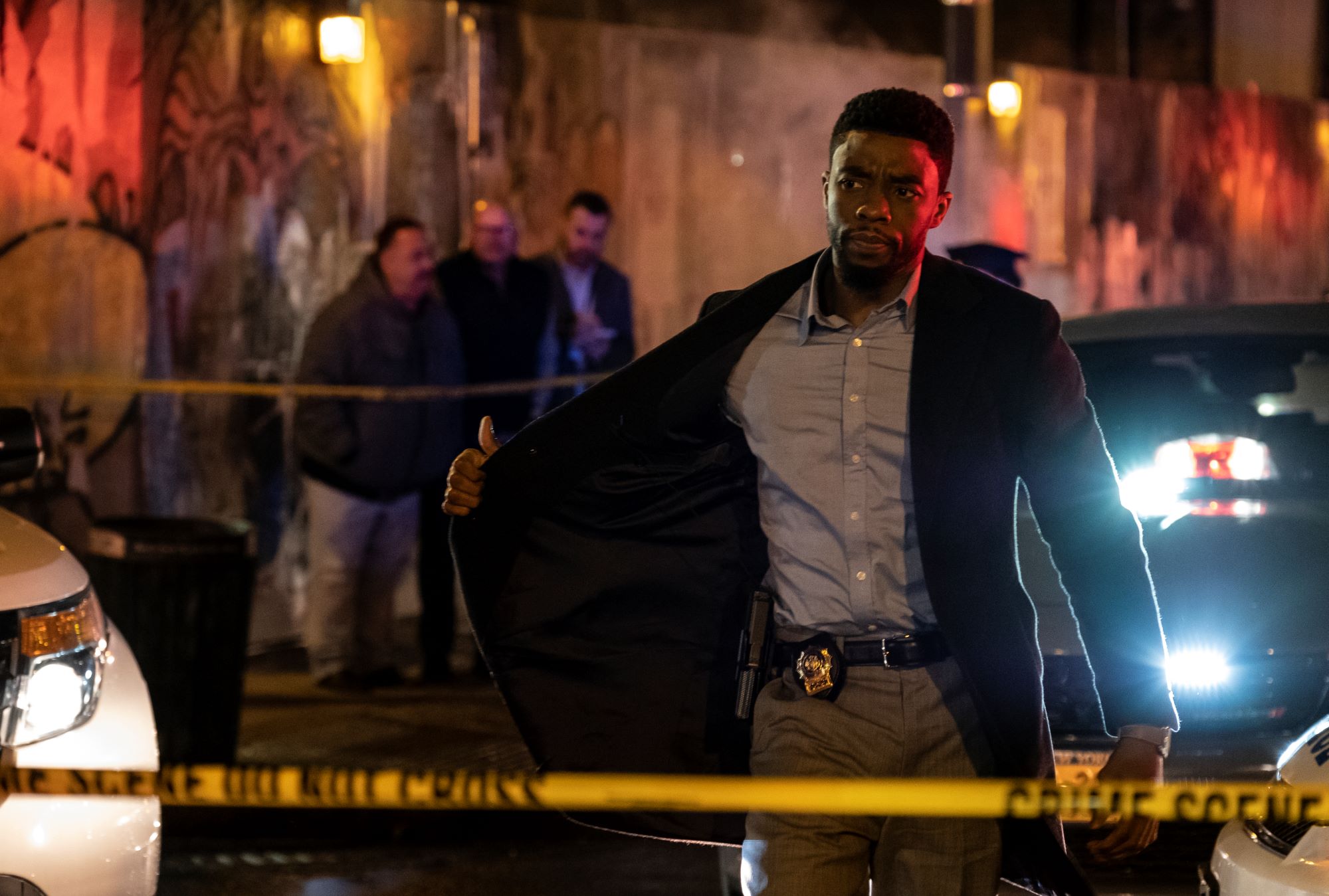 Written by Alex Green
A chemistry student, film fanatic and gamer. I tick all the geek boxes. Also loves a good waffle, whether it's the food or rambling about whatever.
Published at 17:00 on 2 December 2019
Images by Matt Kennedy/STX Films

Chadwick Boseman is back in our cinemas for the first time since a certain blockbuster earlier this year. Whilst his role as King T’Challa in Black Panther has gone on to define his career in the eyes of many audiences, he is an actor with a bright future and one in demand. Starring in an Oscar-nominated superhero film does that. His latest project is a starring role in 21 Bridges, a film produced by Avengers: Endgame directors Anthony and Joe Russo.

Instead of a superhero king, Boseman portrays Andre Davis, a New York detective known for run-ins with internal affairs due to shootings. Whilst he has never shot first, his creed of honour is put to the test when eight police officers are gunned down on Manhattan island, leading to a mass-scale manhunt organised with Captain McKenna (JK Simmons) of the 85th Precinct and his partner from narcotics Frankie Burns (Sienna Miller) to find the criminals responsible within the four hours during which the island is completely closed.

Don’t get me wrong, this is a premise full of absurdity. The idea that the island is closed completely in minutes feels beyond silly in a film that looks to establish a gritty action style with a serious story. Whilst 21 Bridges gets there at times, it stumbles over itself doing so. That’s not to say it doesn’t bring anything to the table. For one, it has a solid lead character in Andre Davis who is played with great poise by Boseman. Davis feels like a detective in the most likeable sense, with a complete sense of objectivism combined with a great intellect. It is certainly enough to hold up an audience’s interest. Whilst our shooter antagonists are somewhat basic when it comes to motivation, the performance of Stephan James as Michael is the other acting highlight. He provides weight to the film, and the question of the severity of the punishment and how the criminals should be held to account is felt in the increasing desperation of his performance.

Within 21 Bridges also lie some deceptively good cinematography and a strong look. Whilst at first glance it looks like archival footage of the city, the film wisely captures grimy streets in Manhattan and uses the night setting effectively to give the picture a slight sense of oppressive darkness that hangs over the evening events. The occasional contrast with lighter interiors does help to give a degree of visual flavour. It certainly isn’t boring to look at. To think about, on the other hand, is a different story.

There’s nothing inherently flawed about the plot and narrative, put together by Adam Mervis and Matthew Michael Carnahan, in that it presents a suitably acceptable story. However, whilst the attempt to weave together complexity around the justification of police violence is made, it’s a shame that 21 Bridges backs off from making a serious point about it by instead bypassing it completely. The screenplay does enough early on to present the issue as one that could be the thematic backbone and hangs the questions of police violence quite readily in front of the audience, only to drop it later. Instead, the narrative opts for a look at the police themselves and whilst this does provide a degree of drama in the third act, it does sting that it settles for the simplicity rather than follow through with the complexity promised early on.

It has to be said that the direction is solid from Brian Kirk is decent. Whilst the action scenes do feel a bit samey, they are well done with enough tension crafted. There is an on-foot chase scene which does have some odd editing choices but beyond that, the overall direction in the second half is good and adds intensity to the chase. However, there is a fundamental pacing flaw that occurs as Davis and Burns set off on the manhunt. Instead of a feeling of urgency, 21 Bridges struggles to get things going, leading to a rather pedestrian and forgettable first half that really undercuts the intensity that the film is going for.

Whilst the ingredients are all here for 21 Bridges, the filmmaking gets in the way of the narrative a bit too much and prevents it from standing out. That’s not to say there’s nothing to enjoy here, far from it really, but there is an untapped potential to 21 Bridges that feels rather frustrating. An audience wouldn’t necessarily feel let down, but sadly it won’t stay in the memory for long. For all its good ideas and performances, the film fails to truly separate itself.

Some good performances and a sleek look can’t hide the relatively safe screenplay and a lack of excitement in the first half that hold 21 Bridges back from true greatness.

21 Bridges is in cinemas now.