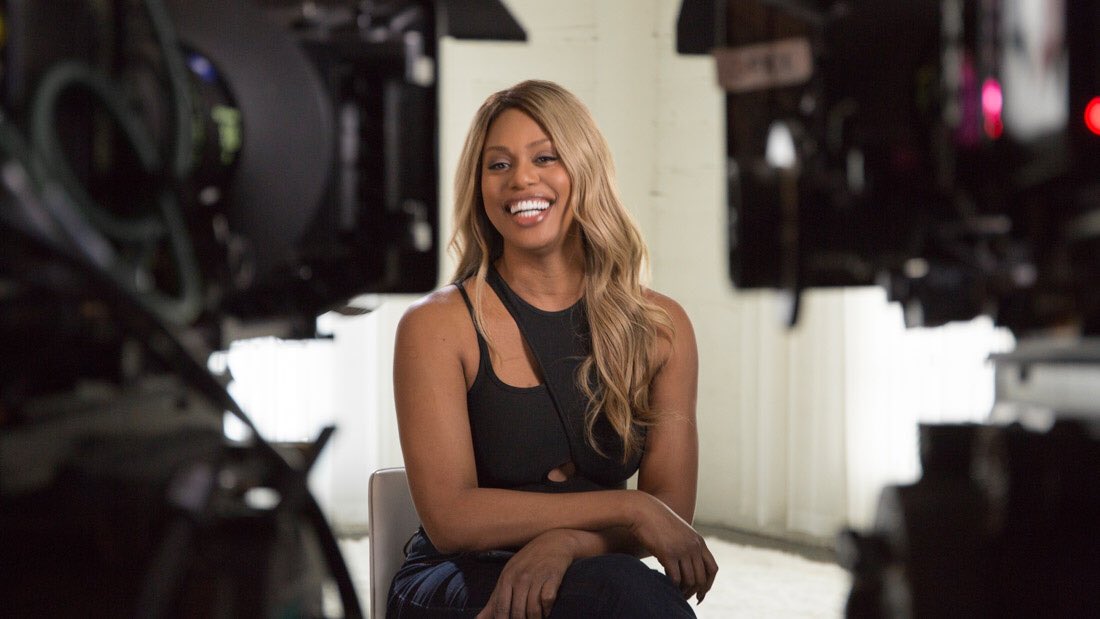 Film Editor Jade Matlock sings the praises of this documentary, a harrowingly truthful look into trans representation on screen.

From its outset, an introduction from the stars of the film including Orange is the New Black‘s Laverne Cox, Disclosure: Trans Lives on Screen establishes its necessity. It is a powerful, scathing presentation of the scrutiny experienced of transgender individuals in the media and their pain from years of inaccurate representation. Sam Feder provides to his audience the gift of insight in a political moment where it has never been more needed. There has never been any doubt that accurate trans representation is sparse, but Disclosure uses the power of personal experience to illustrate that even when representation is present, it is not always helpful. It evokes necessary discussion about trans rights and holds Hollywood to the damaging mistakes of its past.

‘The more we are seen, the more we are violated.’ These harrowing words, spoken by Tiq Milan in the film’s opening, solidifies (at least for me) the message of the entire film; the binary between hope and fear in transgender people on screen is palpable from the first round of testimonials. For every accurate representation of trans people, there are a handful that seem to capitalise on the unknown — the fear of the ‘other’. Things that cisgender people take for granted are brought purposefully to the forefront of the narrative and dismantled on the spot.

Even TV favourites The Jeffersons and How I Met Your Mother are not immune to implicitly harmful ‘comedic’ representations of transgender people, where they always seem to be the butt of the joke.There are so many poignant moments in the documentary in the first ten minutes alone, but perhaps one of my favourites comes from actress and educator Alexandra Billings: ‘In American cinema, we have been around since there was footage. You just have to look for us.’

No marks are missed in this recounting of trans cinematic history, that traces back to D.W Griffith’s use of gender nonconforming individuals in Judith of Bethulia and the early connections between cross-dressing and blackface in 1914. All intersections of cinema and the transgender identity in cinematic spaces are explored. One of the main messages of the documentary is that, for the last century, film has been complicit in teaching society how to respond to trans people: with fear, with disgust, with amusement.

It is only in recent years that transgender people have begun to be represented in cinema in a way that has been gifted to cisgender individuals from the beginning of time. The reliance on this fear of transgender people has aided some of the most successful films in cinema, namely Psycho and The Silence of the Lambs. Even The L Word, praised in the 2000s for its progressive nature in television, seemed to turn its back on the T in LGBT and described its transmasculine character, Max, as ‘betraying’ womanhood. It is at this moment in the documentary that one realises that there is no entirely safe space for trans people in the media, not even within the community that promises to protect them.

Perhaps what is most alarming in terms of cinematic representation of trans people is the ease at which they are invalidated to elevate another social group. In films such as Willy/Milly and Fast Break, the transmasculine experience is used in order to communicate a feminist message – one that all but entirely reduces their identity as a stepping stone for female empowerment in male spaces.

Trans men are disproportionately underrepresented in cinema, for being what actor Zeke Smith describes as ‘not as sensational’ in their stories as trans women. Even in transfeminine representation, actress Jazzmun expressed her exasperation of transgender women being reduced to prostitutes such as her role in The 40 Year Old Virgin and victims of fatality for their identity in television. By refusing to represent trans men and hypersexualising their representations of women, Hollywood has once again reinforced its archaic conformity to harmful stereotypes.

One heartwarming moment in the documentary came in the form of dialogue surrounding Boys Don’t Cry. Despite having Hilary Swank as its leading role as young trans man Brandon, many of the transmasculine actors in the documentary seemed to deeply resonate with Brandon’s depiction. There seemed, from their testimonials, to be a sense of relief in seeing a character that was not sensationalised. He was a normal boy, trying to navigate his identity just like anyone else his age.

With this in mind, and the knowledge that the film is based on a true story, the events that transgress throughout the course of the film are inherently very violent and threatening; this once again reinforces the argument that without transgender people at every level of cinema, representations of trans people can be inherently scarring for those in the community that have to consume it. Without their presence and representation on and off screen, Hollywood will continually and offhandedly portray the trans experience as one to be feared in both interaction and living.

This is by no means an easy watch — but it isn’t meant to be. You are supposed to receive their testimonials in a way that urges you to look past your own entertainment and see the pain they feel, often as the butt of the joke.

Disclosure: Trans Lives on Screen forces you to question whether Hollywood has really come as far as we think it has, and leaves you with the knowledge that there is much more to be done in demanding justice for trans people and their representations behind and in front of the camera.

Disclosure: Trans Lives on Screen is available to stream on Netflix now.

Looking for more insightful cinema analysis? Look no further than these articles from Redbrick Film:

We Need To Talk About Manic Pixie Dream Girls

Cabin Fever: Self Isolation on the Silver Screen