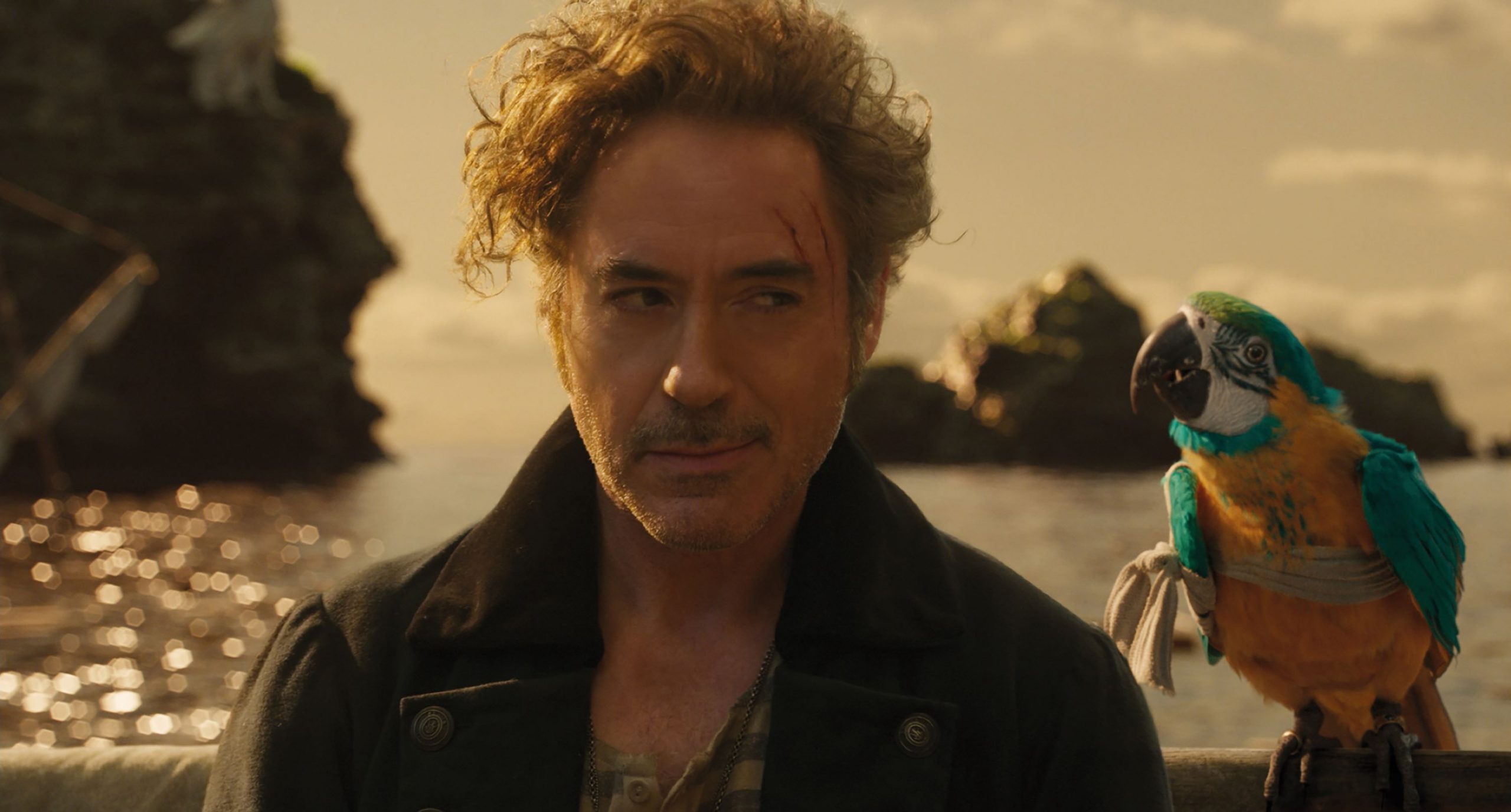 Film Critic Rhys Lloyd-Jones is left utterly bewildered by Dolittle, a lazy and nonsensical attempt at a feature film

I’m not quite sure what I just witnessed. The invention of language is a marvellous thing. The ineffable becomes expressible and the sublime becomes the tangible. Cinema is an audio visual art form that can be spun into the prose and poetics of screenwriting, critiques, theory and academia. And yet, words fail me. Confusion takes ahold.

Dolittle is a film that, once it finished, I didn’t move for significantly longer than usual. I just stared. Was this a punishment? Was this really funny or the most upsetting thing I’ve ever witnessed? Dolittle is a wild ride, and that is not a compliment. It doesn’t excite you: instead it jolts and jerks you around, like a fish on a hook, desperate to get off, until you succumb to tiredness. Dolittle is not the worst film ever made. There are a few laughs scattered throughout (very few), but the uncanny valley of star studded animals is not enough to salvage this shipwreck. Beat by beat, the story becomes more bizarre and takes you out the film.

At the heart of Dolittle is the eponymous Doctor himself. Robert Downey Jr. ditches his Iron Man armour and screen presence for Victorian tweeds and erratic accents. Downey Jr. chooses to portray the animal communicator with an accent that ranges from thick Welsh to soft gibberish. Ironically, Downey Jr. is often the hardest to understand, not the animals that he protects, but despite his poor choice of accent, he is clearly relishing something new. He tries to kick the film into gear with what is intended warmth and heart, but these never translate. Dolittle is, instead, alienating and almost sinister, due to the tonally inconsistent script, and the fuse of Celtic mumble dialect. Surrounding Downey Jr. is the mismatched menagerie that boasts a cast including Tom Holland, Octavia Spencer, John Cena and Rami Malek. It is an impressive cast, but often the voices are poorly dubbed, so that any hint of joy we might get from these actors, is replaced with annoyance.

On the surface level, these animals have distinct personalities but these start to blur in. With the exception of Downey and one of other cast member, the rotary of names feels unimportant and wasted. The other exception I refer to is Michael Sheen as Dr. Mudfly, in an enthusiastic and charged performance that jars with the stiffness of the script. Sheen is clearly throwing his entire acting pantheon to bring life into the proceedings, and once or twice it almost works. Whilst Downey Jr. and Sheen might be giving their all, the animals should be the star of Dolittle, and that never comes through. The CGI isn’t abysmal, but when compared with other photo realistic efforts such as the recent Jungle Book and Lion King, there is enough questionable animations and furry textures to cloud any sense of realism (as much realism as you’d want from a Doctor Dolittle film anyway).

Given its imaginative source material, Dolittle suffers from a surprising lack of irreverent creativity. Handling something as brash and surreal as travelling menagerie of anthropomorphised animals should be enough to excite any filmmaker into throwing the rule book out the window, but Stephen Gaghan, the director, seems reluctant to stray into anything as bold or epic as the trailers pretend to be. In fact, Gaghan is a strange choice. His most notable work is the screenplay for Steven Soderbergh’s Traffic, a brilliant but bleak exploration of the drug trade, not the tidings for a family adventure. Dolittle is often stilted and awkward, like an estranged uncle without children, told to entertain the kids at a family gathering. It doesn’t quite know what to with itself or how to be entertaining. It tries out some fart jokes then gives up, knowing by the third act that the game is up. Perhaps Gaghan was unprepared, or even uninterested, in the light and bright world of family adventure. In fact, disinterest is an undercurrent here; most of the actors seem bored and the voices seem distracted. It is though someone dusted off a list of reboots that they were obligated to set to work on; the story is jumbled enough that it starts to seem nonsensical.

Overall, Dolittle fails at being a good film, yet it also fails at being a bad one. Unlike a horrific delight such as Cats, Dolittle isn’t fun or hilariously misguided: it is just a bizarre, lazy attempt at grabbing the money in children’s pockets. It is a hard film to summarise. There’s a cynicism behind it and a lack of heart, as though no one, except maybe Downey and Sheen, really cared or were having fun. The animals are a strange sight to behold, but it says a lot about a Doctor Dolittle film when the doctor’s alien Welsh accent is what captivates your attention.

Dolittle is not worth seeing out of curiosity. Despite a short run time, by the first ten minutes you’ll know all you’ll need to know and by then, it’s too late. You’re a stowaway on Dolittle’s ship and by the second act, you’ll want to walk the plank.

Dolittle is in cinemas now.

Feeling the need for some more bad blockbusters in your life? Check out these other reviews on Redbrick Film: