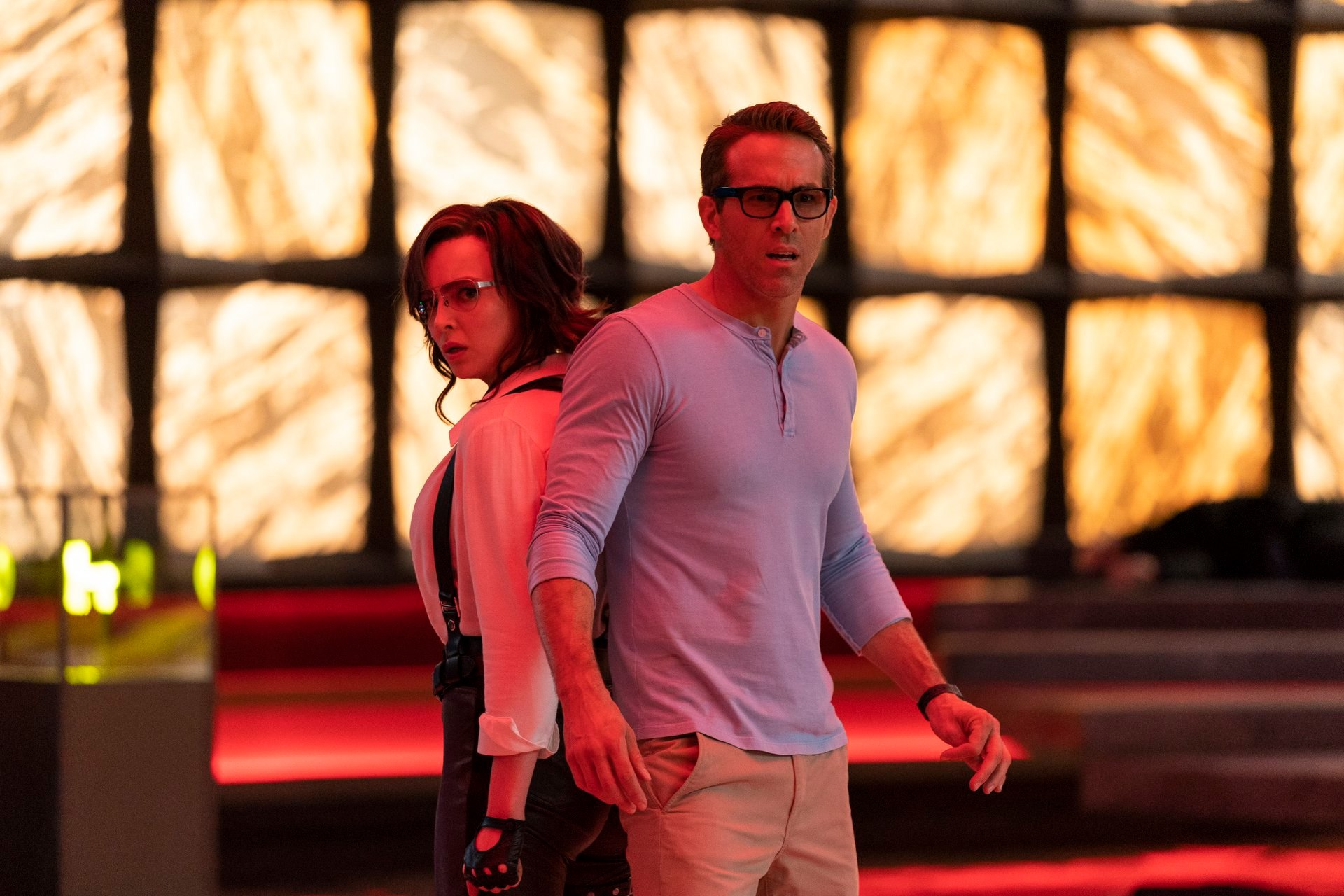 I am no gamer girl, nor am I particularly fond of action movies, yet something about the Free Guy trailer drew me in; I found myself sitting in the cinema to watch Ryan Reynolds as the video game NPC, Guy, stepping away from my go-to movie comfort zone of the soppy rom-com. Although being friends with a gaming fanatic, I could never understand how somebody could become so attached to a few pixels on a screen, yet as soon as the film started I became quite the hypocrite. I started rooting for a computer-generated character, hoping that the girl of his dreams would fall in love with him and that his whole world would not be destroyed. Perhaps the most touching thing of all was that I could visualise a scenario in which video game characters developed artificial intelligence, experiencing human emotions, in a futuristic era on Earth. Call me crazy but after the year we have just had, anything is possible.

Never in a million years would I think of putting Ryan Reynolds and Jodie Comer in the same film yet the pairing was genius. Comer absolutely aced her role as both video game developer, Millie, and video game character, Molotovgirl (is there any role that Comer cannot play?) and Reynolds perfectly executed the Mr Nice Guy persona (the phrase ‘don’t have a good day, have a great day’ still rings in my head.) You cannot help but fall in love with Guy (or pity his oblivious nature) and want the pair to succeed in finding the evidence they need to both save Free City from being destroyed whilst also giving Millie and her partner Keys (Joe Keery) the recognition they deserve in the gaming world.

It would not be a video game based film if shooting gunmen, fast cars and missions did not make recurring appearances yet behind all of these gaming cliches lay a much deeper message. Guy spends his whole life living the same day over and over again as that is all he is programmed to do – just imagine ordering the same coffee every day and being victim to a bank heist every time you go to work. However, Guy becomes the first NPC (non-playable character for those of you who, like me, had no idea what this meant) to take control of his life, after realising that his life is far from real, and break away from the constant, repetitive cycle of Free City. Guy is a flag for hope and a reminder to always fight for our rightful freedom and happiness – a message that I really did not expect to be covered in an action-comedy.

I have to applaud writers for their originality – time and time again have I seen movies that revolve around replaying the same day over and over again yet never have I seen a take on this that keeps me on my toes and does not bore me. That was until I watched Free Guy. The modern take on a traditional movie concept is really refreshing and aims to keep in touch with younger audiences – we live in a world that revolves around technology so why not incorporate that into an otherwise traditional format?

Free Guy is out now in cinemas.

Interested in recent cinematic releases? Check out these reviews from Redbrick Film: