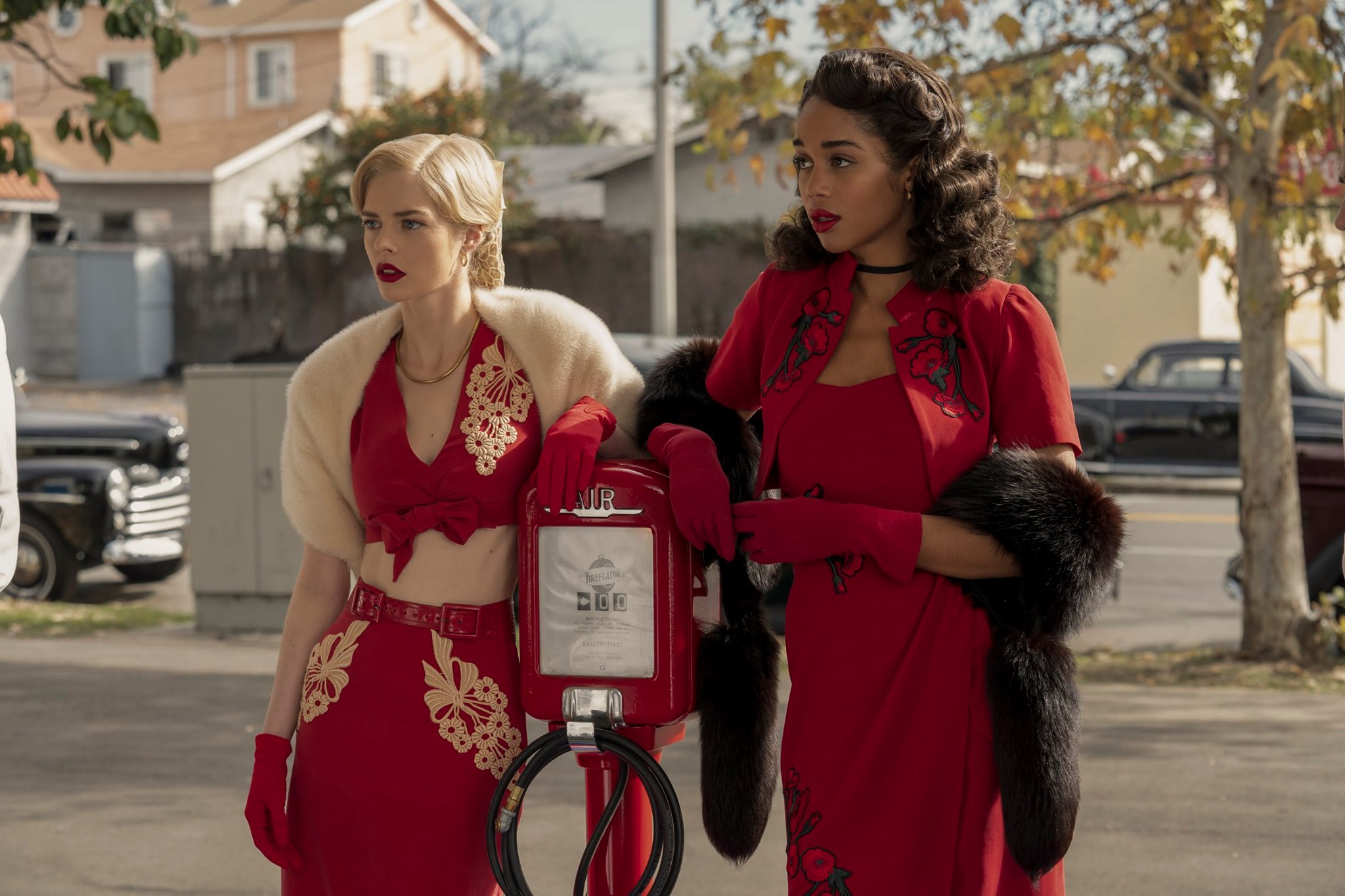 Ryan Murphy is back with a new drama that adds diversity to the glitz and glamour of 1950s Hollywood, argues TV Critic Ella Kipling

Set in a post-war Tinseltown, Hollywood tells the story of the young actors determined to make it in the acting industry in the face of the racism and homophobia that ran rife in the 1940s.

The first episode focuses on the young Jack Costello (David Corenswet), a WW2 soldier desperate to make it in the acting business, though when faced with the news his wife is expecting twins he realises he needs to get a real job to support his family. This leads him to find work at Ernie West’s (Dylan McDermott) gas station, and he becomes a male prostitute which actually gives his acting career a leg up. Other storylines include Raymond Ainsley (Darren Criss), a director aiming to give better representation to people of colour whilst hiding his own ethnic heritage, and Archie Coleman (Jeremy Pope), a homosexual African-American fighting the industry to give him recognition for his screenplay. While these characters’ stories begin separate, they soon intertwine and their worlds collide culminating into the creation of the film, ‘Meg’, by episode four where the plot speeds up.

The cast is an eclectic mix of young actors fresh onto the scene, and seasoned professionals such as Patti Lu Pone, who plays retired actress and wife of the studio head, Avis Amberg. The younger characters such as Rock Hudson (Jake Picking) and Jack Costello (David Corenswet) are played by actors for whom Hollywood is their big break, which helps the plausibility of their characters and their innocence trying to crack the business. As with most Ryan Murphy productions, there is a plethora of his regulars.

One thing Murphy did not miss out is the touch of old Hollywood glamour, an aspect of the show which runs right through the costumes and the setting, to the mid-Atlantic accent the actors adopt, which although adds a touch of historical accuracy to the period piece, is slightly overdone.

The set is gorgeous, it screams old Hollywood from the get-go where we are introduced to the gas station run by Ernie West, complete with vintage gas pumps and vibrant colours. The station is worked by handsome young men in immaculate uniforms, who we soon find out are prostitutes desperate to break into the movie industry. Though perhaps the glamour and the effort to replicate the 1940s is overdone, the gas station doubles as a metaphor for what the show is about, though Hollywood may seem shiny and gleaming from the outside it runs deep with corruption and discrimination, and the people, though desperately beautiful are hiding some dark secrets.

While reviews have criticised the idealism of Murphy’s script and the rewriting of history, Mira Sorvino (Jeanne Crandall) says it best when talking to Interview Magazine: ‘I think it’s an incredible way to look at Hollywood, a reexamination of Hollywood in the 1940s. The ‘what if’ element—what if things could have changed back then? All the things that we’re more conscious of now, the social ills addressing head on, the representation issues … what if that all became activated then?’ Hollywood does not ignore the racism or sexual predators who ran the industry, it shows the terrible parts of society and the dreadful impact it had on those involved, but decides to show another side of the story, how different things could be if we denounced them long ago.

An element which adds another layer to the story is that Hollywood is fiction based on facts, and the characters we see were real people, albeit edited by Murphy.

It portrays the predatory talent agent Henry Willson (Jim Parsons) and the dreadful treatment of black actor Hattie McDaniel (Queen Latifah) as well as the debaucherous Tallulah Bankhead (Paget Brewster). However, it also paints an alternate reality for some of the characters, such as Rock Hudson (Jake Picking) who lives out his life as a gay man in the show and Anna May Wong (Michelle Krusiec) who gets her chance to shine in Hollywood the way she perhaps might have been able to in real life if yellowface wasn’t so commonplace at the time.

In Defence of Riverdale