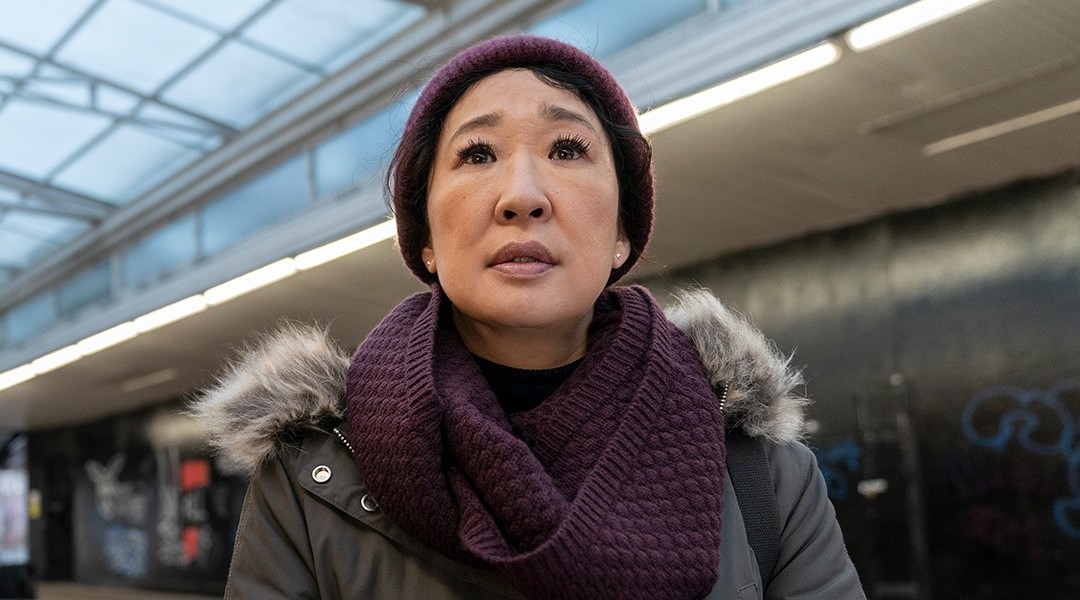 Killing Eve still has its trademark deliciously dark blend of drama and black comedy in spades. What it is missing is the breakneck momentum of its previous seasons and the almost unbearable tension as Eve and Villanelle circle each other. Series Three feels like one big missed connection. Our main characters spend a large majority of the season apart – and while Villanelle gets the chance to go on a compelling journey of self-discovery, Eve is largely forced to stay static, mourning how her life has so dramatically unravelled instead of getting the chance to move forward. This feels like a waste of Sandra Oh’s undeniable talent as she gets side-lined again and again.

While the season may meander at a leisurely pace to its conclusion rather than hurtling towards an ending, it is still an enjoyable watch especially for long-time fans of the show. Comer and Oh both give fantastic performances (par for the course, seeing as both have won Emmys for their roles) and their altercations offer most of the series’ highs. From the beginning, it has been their palpable chemistry that gives Killing Eve its spark. Unfortunately, there is just not enough of it this series to keep the show’s flame alight.

So why has Killing Eve’s third series slammed on the brakes? It may be due, at least in part, to the show’s unique method of changing its head writer every season. While the first series was helmed by Phoebe Waller-Bridge (Emmy award-winning writer/star of Fleabag and my personal hero), the show-running duties were passed to Emerald Fennell in Series Two and then again to Suzanne Heathcote for Series Three, best known for her work as an executive story editor on Fear The Walking Dead. It is extremely rare for a showrunner to change every series, and you have to wonder whether it’s allowing what originally made the show so compelling to sadly become diluted – which does not bode well for Killing Eve’s next handler, Laura Neal.

The mysterious shadowy Twelve are, if anything, too mysterious. We know so little about the antagonistic organisation that any reveals leave you confused instead of shocked. Some new characters open up fun and engaging dynamics – such as Dasha (Harriet Walter), Villanelle’s former trainer, or Gemma Whelan as Geraldine, Carolyn’s daughter. Others are criminally forgettable, with Paul (Steve Pembroke) trapping a great character like Carolyn (Fiona Shaw) into an uncompelling subplot with a weak payoff.

The most thrilling thing about Killing Eve has always been its often violent and unexpected consequences. Both Series One and Two have culminated in major crimes of passion – but there is little passion to be found in this third series, with the writers afraid to commit to giving its audience what it wants. The last scene of Series Three will still leave you looking forward to more, but ultimately – much like the series as a whole – it packs less of a punch than its predecessors.

Killing Eve is not what it once was. That doesn’t necessarily have to be a bad thing – every show should evolve and change and grow. But the upcoming Series Four should be unafraid of letting Villanelle and Eve at least attempt a relationship. Is their romance doomed from the start? Almost certainly. But at least let us watch it spectacularly crash and burn, instead of lingering on a weak ‘what if.’