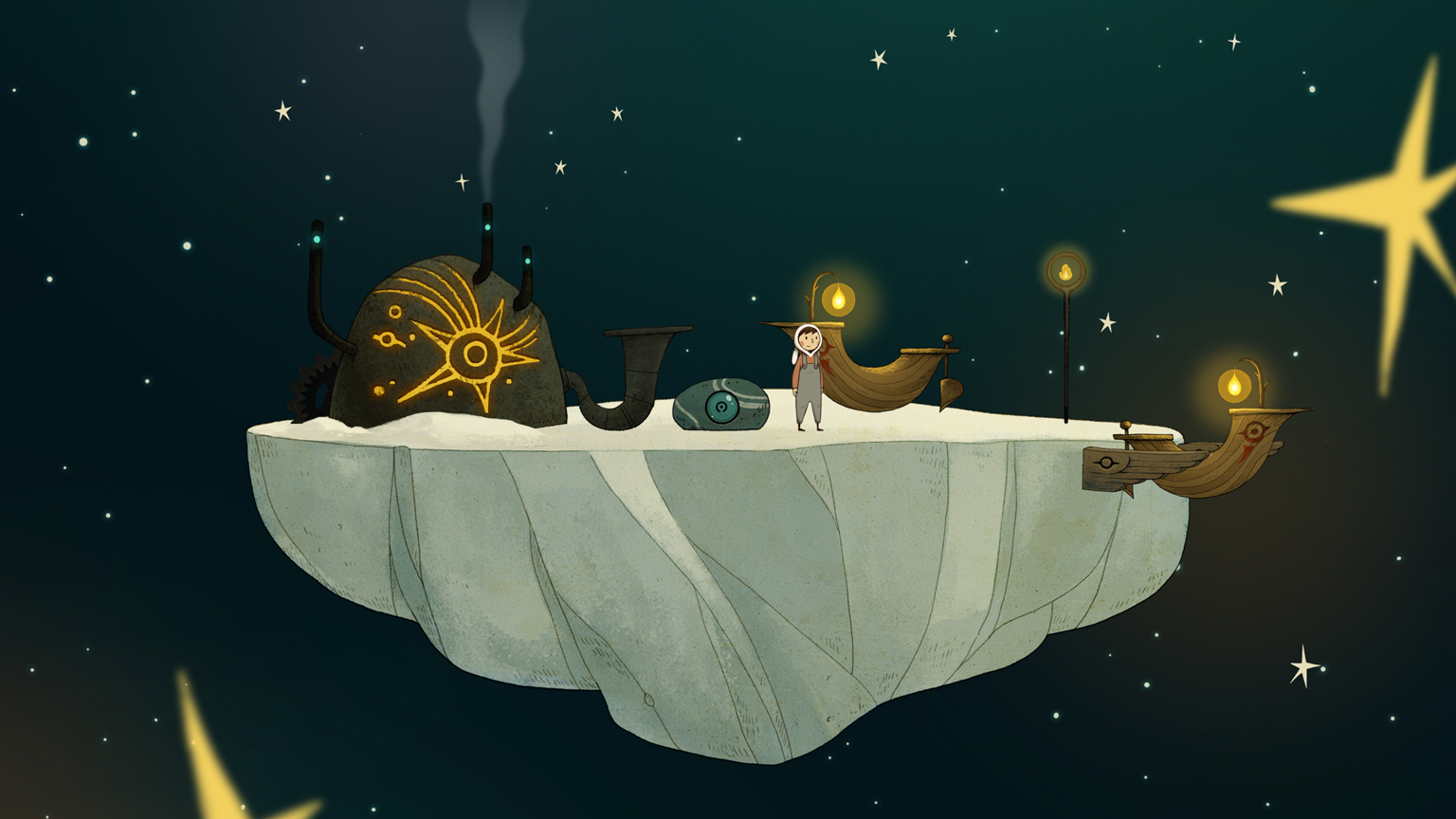 Gaming Editor Alex Green reviews LUNA The Shadow Dust, the visually spectacular debut from Lantern Studio, but can the rest of the game hold a candle to its art style?

Written by Alex Green
A chemistry student, film fanatic and gamer. I tick all the geek boxes. Also loves a good waffle, whether it's the food or rambling about whatever.
Published at 15:30 on 26 February 2020
Images by Lantern Studio

In 2020, the point-and-click genre is alive, resurrected over the last few years. Whilst the genre seems like a relic of the past, an idea brought together by some LucasArts employees that resulted in some fun games with fourth-wall breaking rabbits and witty pirates, it’s still going strong even in the modern era of huge worlds with games like Thimbleweed Park have kept the point-and-click genre alive. The tenants of this pioneering aspect of the gaming landscape are well and truly maintained in LUNA The Shadow Dust. You start the game as a boy hurtling towards the ground, saved in the nick of time. Getting up, you must climb a tower, solving all sorts of puzzles and even meeting a cute round companion, working together to get through rooms.

This is the first release for a small studio of four in London known as Lantern Studio. It is an indie release in every sense of the word and that spirit feels imbued very much into the fabric of a well-crafted puzzler with a great sense of tranquillity. LUNA The Shadow Dust welcomes you into an intriguing universe, mainly through a glorious presentation.

One look at any of the concept art, press images or gameplay and you can behold a gorgeous-looking game. The rooms in the tower contain intricate details and really give a sense of place and exploration. A puzzle involving making various broths sees a kitchen setup, with cooking implements hanging round. Other bigger visual stylings include magical spells, huge magical contraptions revealing artwork about the history of the tower and the world. On both a micro and macroscopic level, LUNA The Shadow Dust is so easy on the eye. It’s also easy on the ears too. Composer Wang Qian deserves all the credit in the world for such an alluring, mystical score aiding the visuals and the magical aspects of the story with a somewhat . Both of these combine to draw you as a player into the story and the world so easily.

The effortlessly charming nature of the presentation does more than enough to pull the player in.
So once the player is invested, they must ascend the tower. A classic narrative trope in lots of fiction, denoting the ascent of a hero. With it, Lantern Studio craft an intriguing visual story. The game is completely silent, but through some strong visual storytelling and well-constructed hand-drawn cutscenes, we observe a solid story that explores growth and maturity in a different way. The world of LUNA The Shadow Dust is one full of magic and mysteries. Areas with magic doors that transition between seasons and a library full of lore about the magic in the world do give a sense of mystique and weight to the world, even if the abstract nature of some aspects can make aspects of the plots feel like a collection of ideas rather than a cohesive narrative. In spite of that, there is still a heartfelt story especially between the boy and his spherical friend.

Of course, these compliments are key ingredients to the cake of game design. However, the most important ingredient is arguably the gameplay. What we have on this front is a mixed bag. There is an admirable degree of variation to the puzzle design, playing with basic concepts such as shadows, colours and even the elements. This crucial positive does give some memorable rooms, such as a musical puzzle involving multiple clones of our best ball-friend and the aforementioned door transitioning between the seasons. Unfortunately, there is sometimes a lack of logic that guides the puzzles. This problem isn’t widespread but can occur on puzzles involving multiple aspects such as a late-game clock puzzle, where the flow of gameplay can feel interrupted by a lack of understanding of how the mechanics of the puzzle fit together. It can result in some puzzles which have a repetitive trial-and-error element. There isn’t much wrong with this, but the pacing and flow of the game can come to a standstill as a result.

There are some small quality-of-life quibbles which might get in the way of some. Rooms involving multiple areas and screens can see the two characters requiring them to be moved individually and not at the same time with one thing happening off-screen. It’s hard to imagine that allowing this would not result in a fundamental breakdown of the puzzle so the approach here is totally understandable if a tad frustrating. Still, it helps that changing characters is effortless by just pressing the spacebar.

These slight issues aside, the overall package for LUNA The Shadow Dust is so well-realised. It helps its also cheap as chips, at just over £15 on Steam and taking around three-four hours to complete and get through. In an era where gamers have less and less time on their hands combined with more games coming out of steam than carbon dioxide coming out of power plants, it helps to have titles like this in our gaming ecosphere. Small games that know what they are, and games crafted with so much effort and attention. LUNA The Shadow Dust is a strong debut for Lantern Studio and provides one of the most easy-going games at the start of the year and one has to wonder what these talented developers will come up with next. Hopefully something with even more cute round boys.

While you’re here, check out some of our other reviews!