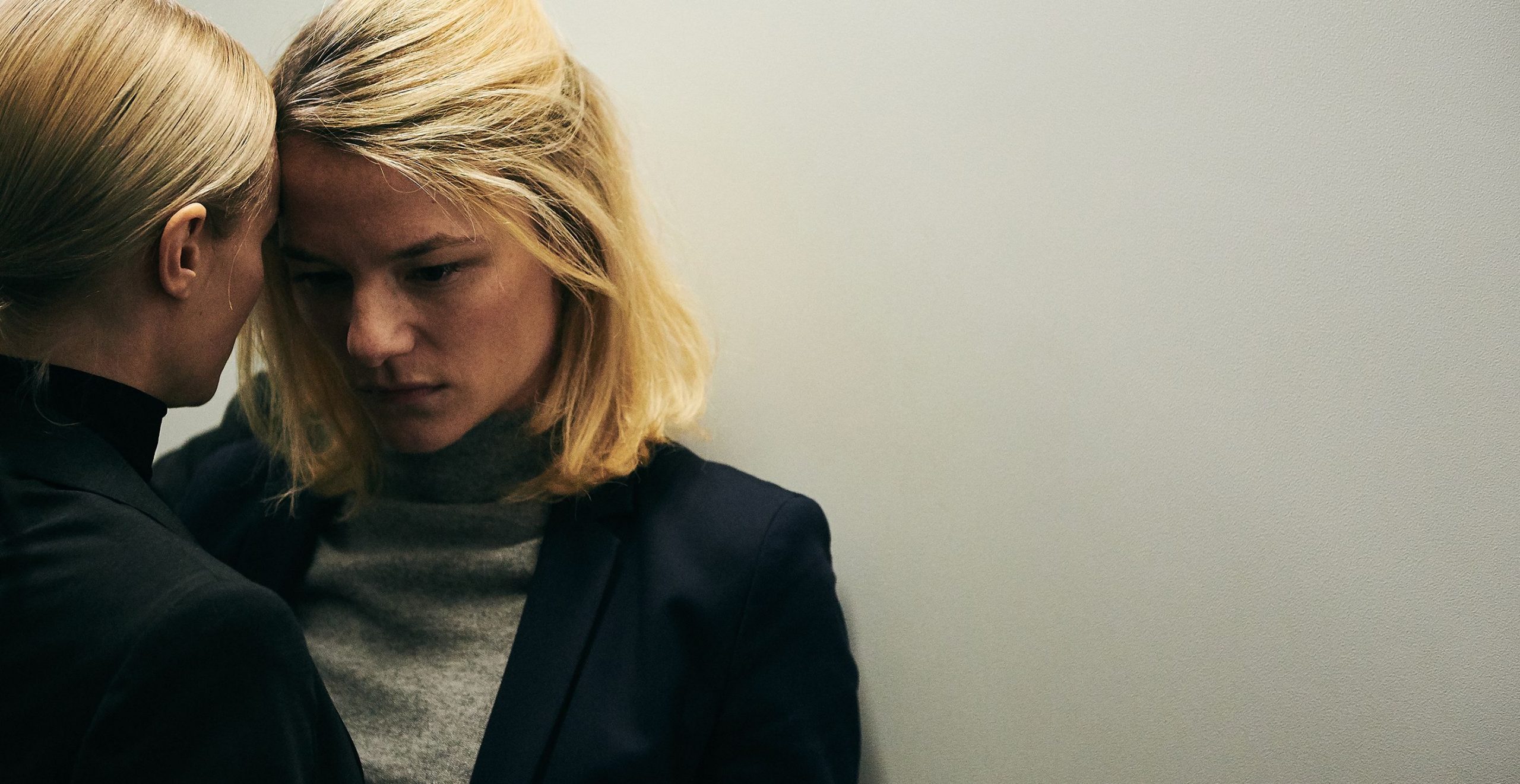 Written by Cerys Gardner
Published at 11:30 on 7 June 2020
Images by Lightbulb Film Distribution

The Ground Beneath My Feet is, at its core, about relationships. The relationship between Lola and her mentally ill sister Conny and the relationship between Lola and Elise, her boss/lover. Lola’s balancing of these two relationships also represents the balancing act between her highly controlled and demanding job as a business consultant and her out of control family life, struggling to look after Conny. Writer-director Marie Kreutzer deftly shows Lola’s struggle at balancing these two relationships in all aspects of this film – from the German dialogue and simple score, to the natural lighting and editing that bring it all together.

The film deals with difficult, and timely, subjects around mental health as well as a damaging office culture. These subjects are dealt with in a way that is sensitive and realistic, Kreutzer who wrote and directed the film said in an interview that ‘extensive research was one of the reasons the screenplay work took several years … even while we were filming – I asked psychiatrists and psychologists, as well as management consultants, to read it.’ This desire for realism and accuracy is something that even carries over into the lighting of the film, Kreutzer wanted ‘a very natural, neutral, “unstructured” light.’ This is an excellent choice by the director because it grounds the film and makes it feel like a piece of real-life footage rather than a fictional film.

One of the strongest aspects of the film is its performances, with the standout being Pia Hierzegger as Conny. She really gets across the complexities of the character: her desire to be independent but the way that is limited by the fear and paranoia which comes with her illness. This mix of desire and vulnerability makes her a difficult character to watch, as we really feel for her struggle. Valerie Pachner is also excellent as Lola, making her a strong central character for the rest of the film to revolve around and for us to empathise with.

Music is used very sparingly throughout the film, with a lack of background music in most scenes making them feel more real and visceral. We can hear every background noise and it amplifies the silences in dialogue, such as when Lola visits Conny at the psychiatric ward. Kyrre Kvam’s score, when it is used, is very simple and pared back, adding a haunting quality to those scenes – often key moments in Lola’s life falling apart. The loudest sound throughout the film is Lola’s ringtone as she gets calls from, or about, her sister which interrupt her work life; just as the interruption of ringtone interrupts the otherwise quite quiet film. This is a superb use of sound by Kreutzer.

The film is quite slow paced because it is more an in-depth study of Lola’s character than a plot-heavy film. This is not what I was expecting from the descriptor ‘LGBTQ+ psychological thriller’ and so it was initially disappointing but you quickly become so immersed in Lola’s character and following her struggles you forget any disappointment. The pace could, perhaps, have been improved by condensing some of the business meetings. They are necessary to show the demands of Lola’s job, and the relationship between her and Elise, but they sometimes drag and are not always that interesting to follow, full of business jargon that doesn’t mean much to someone outside of those circles.

Overall the editing is very good, as a lot of the scenes feel as if they are happening in real time: we see events in Lola’s life as she does. This makes the editing feel very natural and realistic, continuing the effect also created by the lighting and the music. Although it does quickly cut from one scene to another and often shift locations at the same time, as Lola is travelling between her job in Rostock and her sister in Vienna, so it is necessary to pay attention to those shifts.

Everything in The Ground Beneath My Feet ties together excellently, with perhaps a few missteps in editing and pacing. However, these do not overshadow the rest of the film, which is a fascinating piece of cinema that is great to watch. I wouldn’t necessarily say I enjoyed it, due to its inherently heavy subject matter, but it is definitely well worth watching.

The Ground Beneath My Feet is a haunting and realistic depiction of a family’s struggle with mental illness, illuminated by the use of natural lighting and minimal use of Kvam’s pared back score. There are some faults in editing and pacing and it is more character than plot driven, which is good to keep in mind. Nonetheless, it is an excellent film whose portrayal of its characters feels true to life.

The Ground Beneath My Feet is available on VOD from June 15th.

Happen to be in need of some more drama in your life? Check out these other articles on Redbrick Film:

Review: The True History of the Kelly Gang