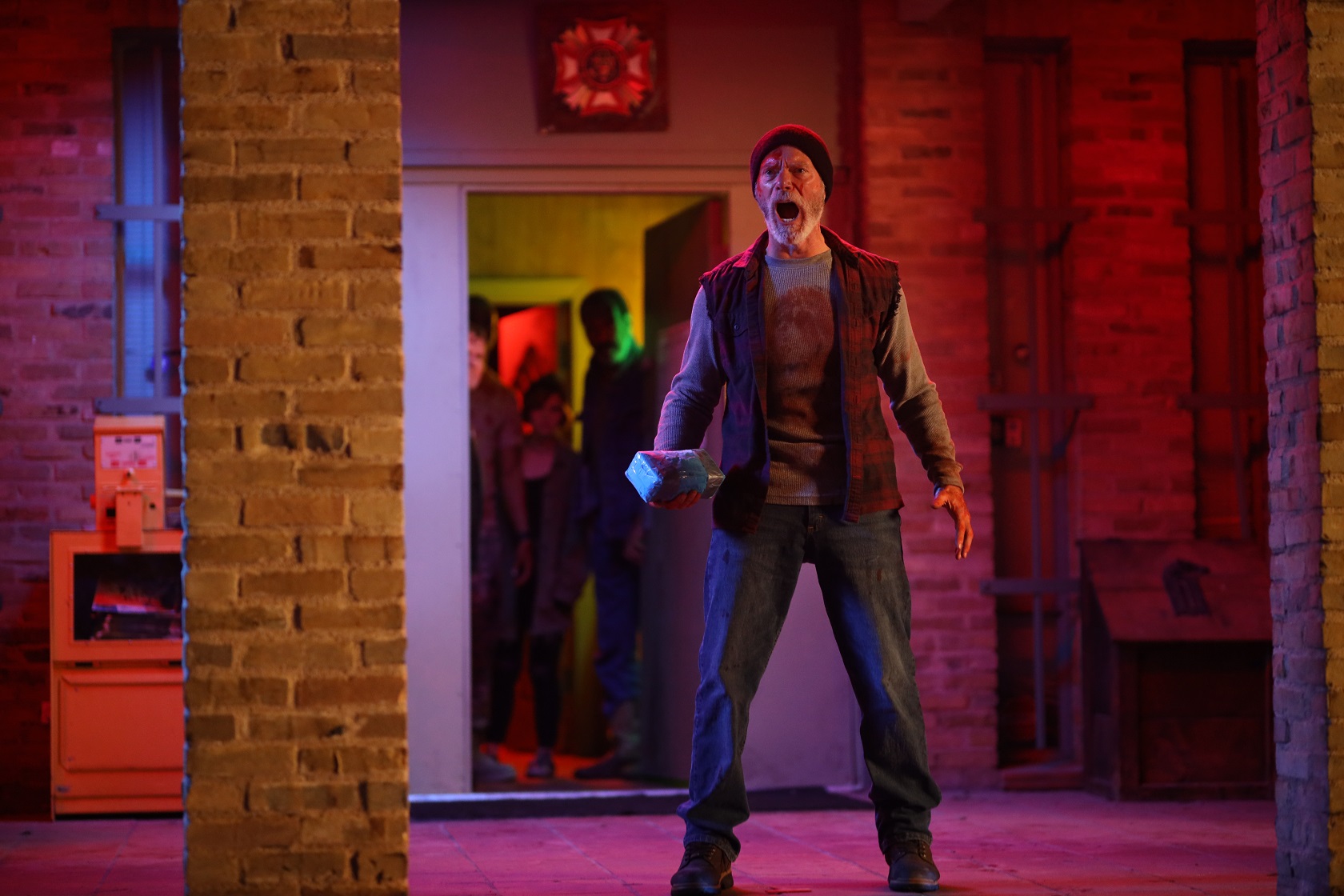 VFW is a messy and bloody grindhouse experience, that is enjoyable but at some points misses the mark, writes Gaming Editor Alex Green

Written by Alex Green
A chemistry student, film fanatic and gamer. I tick all the geek boxes. Also loves a good waffle, whether it's the food or rambling about whatever.
Published at 17:28 on 11 March 2020

There’s an innate, enduring quality to a B-movie. The lack of a tone seeking to affect you, or one that completely understands what it is and seeks to be pure entertainment. Sure, they never will be lofty works of cinema where we feel fundamentally altered and our perception of reality is changed, but who cares about that when an insane man (usually Nicolas Cage) is doing whatever? The market will always be available for these kinds of films and Stephen Lang is here to enter the market with VFW, a violent action-horror about a group of veterans defending their beloved bar after a gang of drug-fuelled thugs war with them for the possession of their vice, a drug called ‘hype’, and the girl who stole it from them. Within that is plenty of potential for a solid, brutal film that provides a satisfying 90-minute experience. What we get produces mixed results but a movie that relishes its constraints and uses them well.

Lang is also an executive producer as well as the film’s protagonist. Here, he is totally in his element. Those who have seen Don’t Breathe know how great he is in films that use one location and his turn here as a grizzled badass fighting for his friends and his bar is consistently engaging, providing some great one-liners and plenty of solid action. It has to be said also that VFW is a film that is able to construct an effective sci-fi world with extreme efficiency. The first act supplements this with opening text and a craze around the drug named ‘hype’. The world feels dangerous and the screenplay is keen to explore the world early as possible to get to the action without dragging it down.

Once the action gets going, the pace is a consistent speed and the screenplay doubles down on violent exchanges with all sorts of classic B-movie weaponry. Axes, shotguns and bats with nails all make their appearance for some chaotic and bloody results. It helps that it is delivered through a typically fun synth soundtrack and a Cyberpunk-style look  grimy locations contrasted in a futuristic setting. It isn’t the prettiest-looking movie, but that seems to aid the film rather than hinder it, similar to how Green Room uses a dirty and dark location to great effect. In that vein, the VFW itself is a great location for the story to unfold. Military memorabilia are scattered around the area and the lighting feels dingy, giving the sense of a decrepit yet homely space that feels like a well-constructed space to set up.

However, even in a straight-forward narrative, there are some issues that can drag the film down. Let’s get this out of the way, dialogue in B movies can be hammy. That is fine, but here the script feels encumbered with some cliché verbiage and daft moments of exasperation from characters despite the occasional witty line here or there. The dialogue early on does make some of the supporting players extremely unlikable and leaves you feeling cold when the story asks you to care about these people later on.

When it comes to the action, there’s no doubt it is fun. Despite that, it can’t be ignored that some sequences do lack when it comes to the filmmaking. Director Joe Begos is good when it comes to the camerawork outside of direct action, yet in some of these the camerawork feels awkward, trying to get up close with the characters but instead missing the key hits of weaponry against person, making the action feel flashy but ultimately weightless. The visual effects are also a bit hit-or-miss, sometimes the camera staying on them too long to take the viewer out of the immersion of the combat.

It has to be said as well the score doesn’t feel particularly memorable by the film’s end. While it doesn’t hurt VFW in the slightest, there certainly is a safeness to the score, a predictability that makes it feel nice but ultimately supplementary.

All the flaws of VFW do hurt the filmmaking, but the key thing they don’t do is hurt the tone. The key to VFW is that it knows entirely what it is and what it is trying to achieve: a 90-minute grindhouse experience that embraces its own gory sensibilities and tries to entertain on that account. In that sense, the VFW bar certainly provides a fun time with plenty of drinks, camaraderie and sawblades. Maybe just beware of the hype. You never know what dangers it might bring.

A grindhouse film with plenty of flashy action and fun to be had set in an interesting world but ultimately flawed in its execution.

Hungry for some more horror? Check out these other reviews on Redbrick Film: