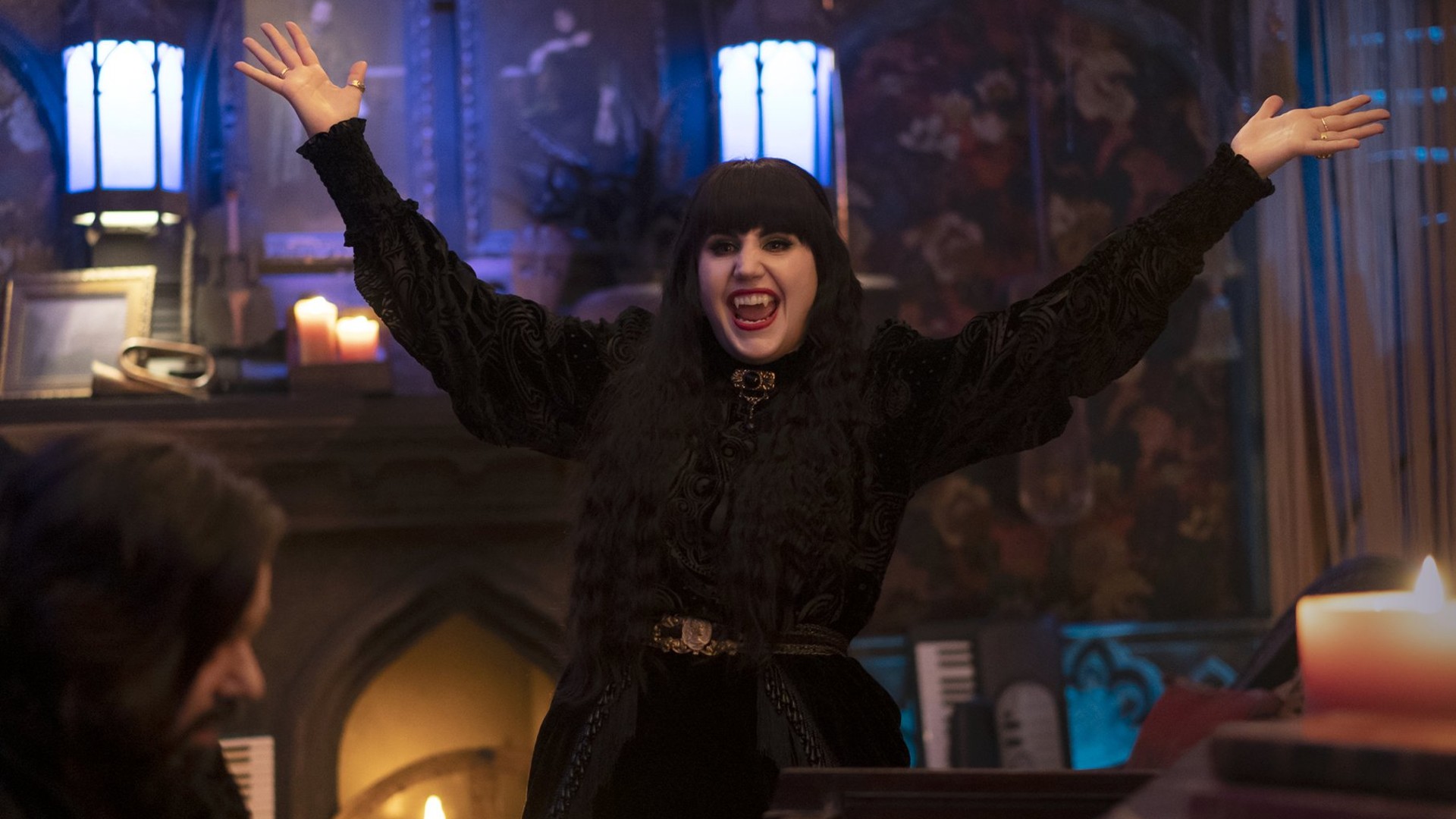 Review: What We Do In The Shadows – Season Three

Written by Emily Wallace
Film Editor and Second Year English student
Published at 12:16 on 23 January 2022
Images by @FXNetworks on Twitter

After a long wait, What We Do in the Shadows finally returned to grace our screens with its third season. For those unfamiliar with the comedy show, it takes a mockumentary format following four vampires and their familiar navigating life in modern-day New York, based on the 2014 film of the same name directed by and starring Jermaine Clement and Taika Waititi. The unlikely cast of characters includes Guillermo (Harvey Guillén), the long-suffering human familiar to the group, Nandor the Relentless (Kayvan Novak), a former warlord, Laszlo (Matt Berry) and Nadja (Natasia Demetriou) a married couple, and Colin Robinson (Mark Proksch), an energy vampire who does not feed on blood, but on draining the energy from people around him.

Following the cliff-hanger ending of season two, in which Guillermo revealed his skills as a vampire hunter (stemming from his Van Helsing heritage) through killing the New York Vampiric Council to save the group, I was intrigued to see what direction these characters would be taken in, and the events of season three did not disappoint. The season begins with Guillermo locked in a cage in the basement, waiting for the vampires to decide his fate, meanwhile the vampires also receive an invitation to replace the recently murdered vampires and lead the Vampiric Council themselves. This setup allows for both interesting and comedic dynamics between the characters across the season, both with Guillermo having a lot more power in his relationship with the vampires now they know he is easily capable of killing them, and also the internal power struggle, particularly between Nadja and Nandor, as they co-run the Vampiric Council.

This season also allowed for the exploration of the vampire lore created for the show, most notably with Colin Robinson spending much of the season trying to research the history of energy vampires and how he came into existence. This plotline managed to perfectly blend humour with expanding the world-building of the show, resulting in a surprising conclusion that will no doubt shape the plotline of the already confirmed fourth season. There were also many episodes dedicated to showing the friendship between Colin Robinson and Laszlo, two characters who had not had many interactions in previous seasons, which leads to humorous encounters, such as them trying to get Laszlo’s old car out of a locked room, while also being very touching.

Guillermo has always been one of the most compelling characters in the show, and this is no different throughout season three as we see him grow in confidence and enjoy a more equal relationship with the vampires. His relationship with Nandor, who serves as his master, gets a lot of focus in particular, and I enjoyed watching their dynamic develop across the season. The beginnings of exploration into Guillermo’s queer identity within this season, while subtle, felt thoughtful, particularly with the showrunners having previously confirmed that all the characters are pansexual. The normalisation of queerness within the show is refreshing, and something more shows, regardless of genre, should aspire to.

The strongest aspect of What We Do in the Shadows is, of course, its humour, and I found each episode of this season provided at least one, if not multiple, laugh-out-loud moments, both from the regular cast of characters, and from the vast and strange range of guest appearances. The return of Kristen Schaal’s Guide Lady, an aide to the Vampiric Council, in a more regular role was a welcome addition to the show, and the surprise return of characters from earlier seasons was a delight to see. Episodes that see the characters staying in a casino, and taking part in a kickball game heavily inspired by the iconic Twilight baseball scene also stand out as highlights.

What We Do in The Shadows continues to keep a great balance between an intriguing cast of characters whose storylines and dynamics are well-developed, while also providing all kinds of silly humour that everyone looks for in a sitcom. With a final episode packed with twists and turns, the third season ends leaving you desperate for more, which is always a sign of success in my eyes.

Review: I Know What You Did Last Summer