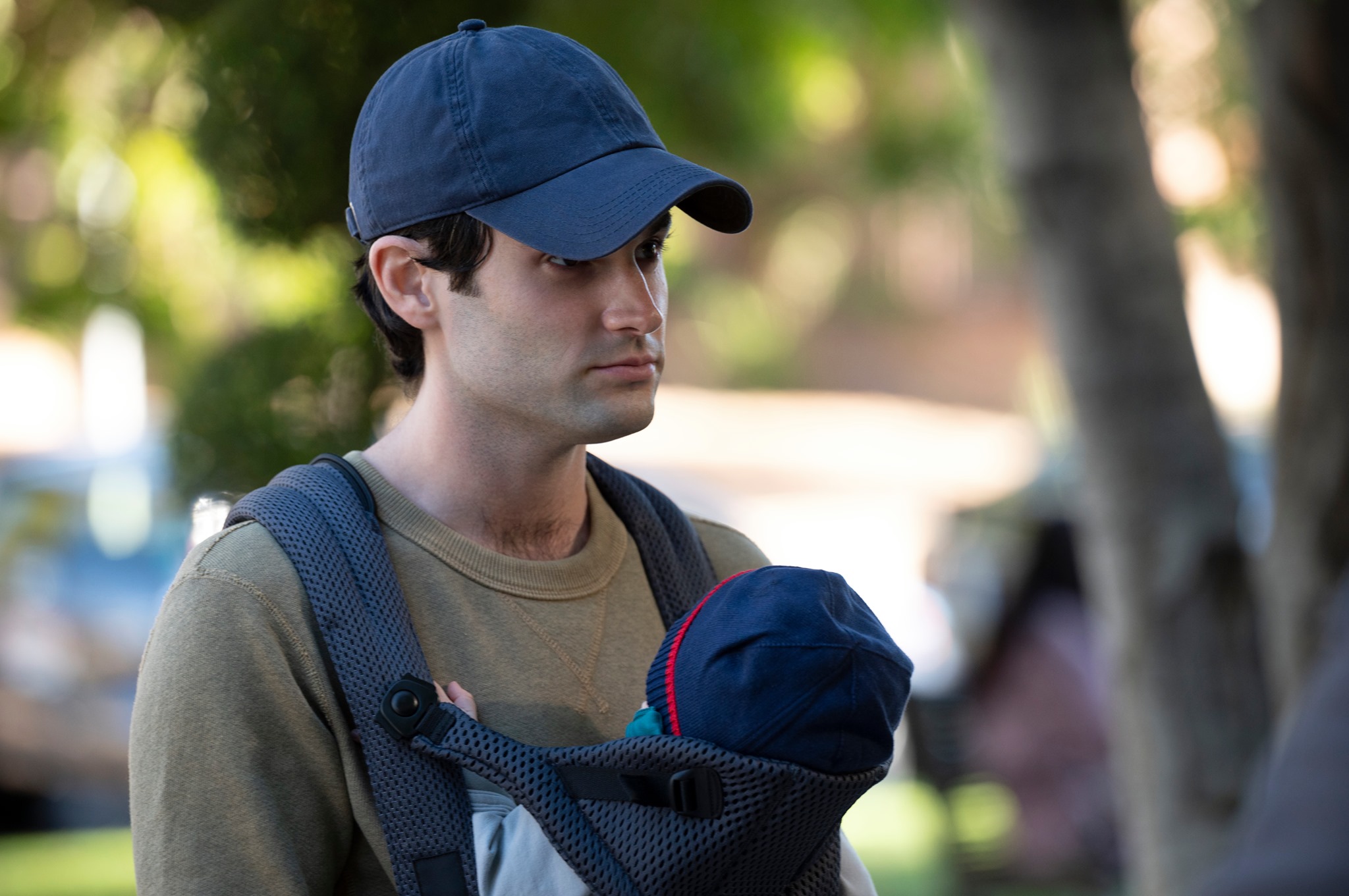 TV Writer Deyna Grimshaw sings the praises of the newest season of You, highlighting the chemistry between the two leads

Eager fans have waited almost two years for the latest season of Netflix drama You to launch on the streaming platform, and it did not disappoint. If you need a quick recap of the previous seasons, this two minute round-up of events should have you covered. Whilst we may expect a series such as this to diminish in quality after the initial plot twists which it is based upon have been revealed, this season manages to maintain almost all of the dark appeal of the previous two.

Season three transports the intensity of the show’s psychopathic protagonist, Joe Goldberg, and his psychotic wife, Love Quinn, to the picturesque suburb of Madre Linda, where they have moved to raise their newborn.  Whilst we were led to believe that the couple were expecting a girl, the first plot twist comes just minutes into the first episode, as it turns out that new baby Henry is in fact a boy. This, combined with the fact that Love and her mother both believe Henry to be the reincarnation of Love’s dead twin brother, Forty (who Joe murdered), begins to tip Joe over the edge right from the start.

Whilst the figures for the show will undoubtedly be staggering – season two amassed over 40 million viewers within a month of its release on December 26th 2019 – Netflix has sacrificed no quality to maintain the extreme success of the programme (I’m looking at you, Riverdale). Instead, the starring actors, Penn Badgley and Victoria Pedretti, reinhabit their characters seamlessly, portraying the constant simultaneous chemistry and tension between Joe and Love without fault. They manage to interweave the everyday issues of marriage problems and couples counselling into the horrific elements of the show without making it seem ridiculous or over-the-top. The flashbacks to Joe’s time in care as a child are particularly powerful, suggesting that his childhood experience of witnessing domestic abuse has resulted in unresolved trauma, leading to his obsessive personality around women and his need to act as the ‘protector’.

There are a few hiccups which the average viewer will likely pick up on, as can be expected with any series. Despite the inference that the season is occurring in a post-Covid 19 world, there is not a mask or Covid test in sight. Perhaps this is what viewers need, a break from the pandemic which has consumed our lives for so long now, however it seems odd to mention it at all in this case. (Although I did enjoy the parallel which was drawn as Henry contracted measles due to anti-vaxxer parents in the neighbourhood – it felt very pointed). Similarly, the timeline seems confused – within just days of buying the bakery, and murdering Natalie in the basement, Love has somehow set it up entirely and is ready to open? However, in a show as good as this, small issues such as these can be overlooked.

Something this show does brilliantly is to balance the elements of horror (aka the murders) with the coverups, detective work and stalking. Unlike certain dramas, where it feels as though a character is getting killed every 3 minutes, these murders are mainly spontaneous or unintended (in this season at least), and the characters are consistently aware of the fact that they need to stop their obsessive killing. Both Joe and Love are psychopaths and can see this in each other, however, neither of them are able to observe this within themselves. Their murderous tendencies are the result of an addiction. In true You form, Joe finds not one but two separate women to become obsessed with as the series progresses, and both Joe and Love cheat on each other (Love with a 19-year-old boy, no less!)

This isn’t a series to throw on before bed if you need something to help you relax, but it is an excellent watch. It is difficult to fill a drama such as this with enough twists in order to keep the watcher engaged whilst ensuring that the plot remains realistic and engaging, but this is something that Netflix has truly mastered with You. And don’t worry if you’ve already finished binging this latest season – Netflix has already announced the renewal of You for a fourth season!