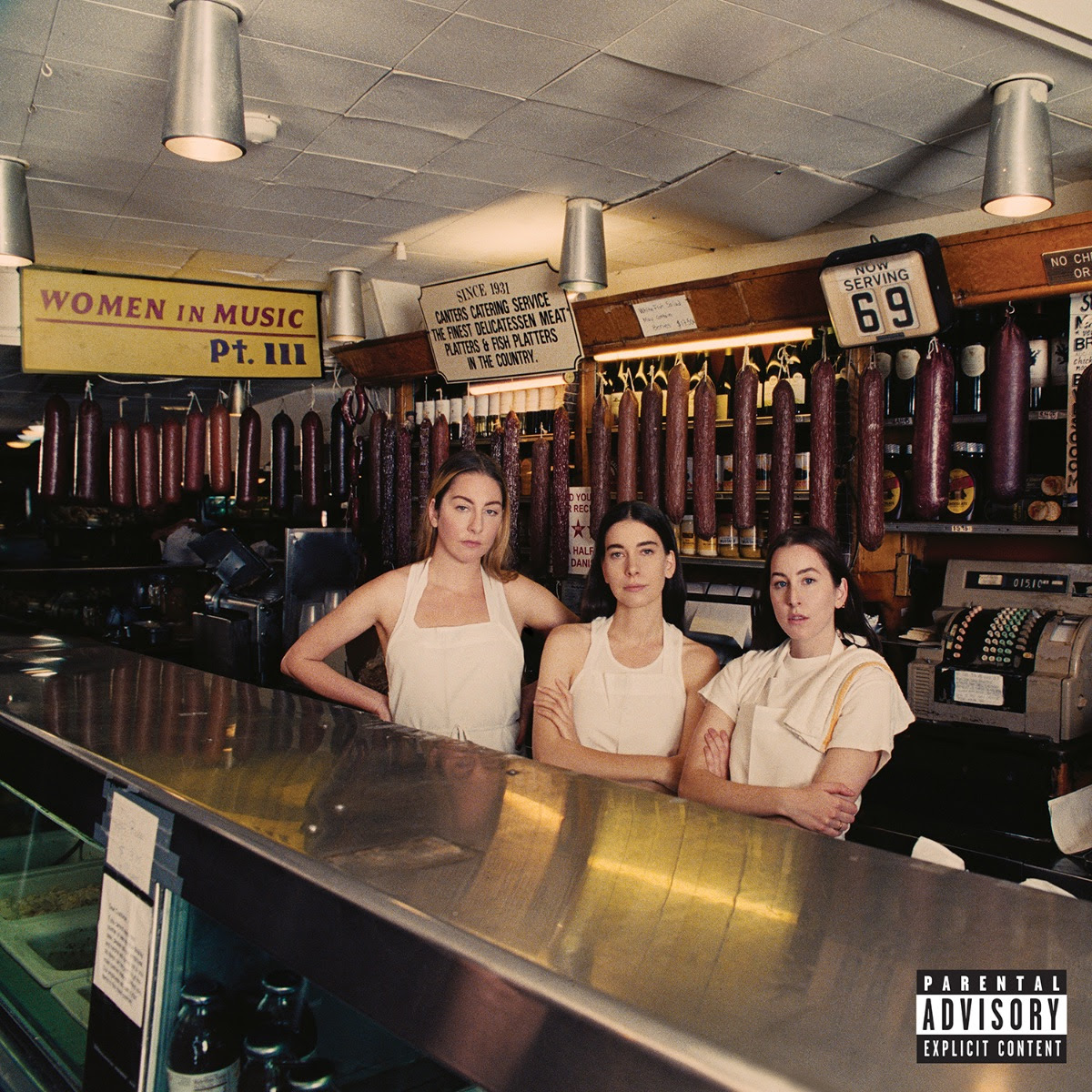 I Know Alone is a track that deserves to immediately be recognised as one of HAIM’s best tracks, Music Critic Cameron Milner writes

Written by Cameron Milner
Published at 18:00 on 6 June 2020
Images by Chuff Media

The fifth single from HAIM’s upcoming album, Women In Music Pt. III, sees the LA trio change up the country and folk infused pop-rock for which they are most well-known, in exchange for a low-key track that should already be placed amongst the group’s best work. Taking a step away from the upbeat guitar leads that characterised earlier singles such as ‘The Wire’, ‘Want You Back’ and ‘The Steps’, ‘I Know Alone’ is almost completely constructed around electronic beats and delicate guitar chords buried within the mix. This melancholic instrumental guides the song through a typical verse-chorus-verse structure, yet truly blossoms in the final third of the track, when distorted vocals and discordant violin notes are introduced alongside the refrain: ‘When Sunday comes they expect me to shine.’

If the downbeat production and wistful instrumental weren’t enough to point it out, ‘I Know Alone’s poignant and highly relevant lyrics are what truly cement the track as a testament to the current times. Releasing the track amidst the global COVID-19 pandemic, the Haim sisters’ musings on isolation and loneliness come at a time where, unfortunately, more people than ever can relate. The repetitive cycle of life under lockdown is captured brilliantly by the chorus’ hook: ‘Cause nights turn into days/ That turn to grey/ Keep turning over,’ in addition to the lines ‘I don’t wanna feel/ I don’t wanna feel at all’ which help to reinforce the sense of numbness which hangs over the track like a dense fog. The reference to ‘Screaming every word’ of Joni Mitchell’s ‘Both Sides Now’ only further defines this bleak feeling, as HAIM’s track draws from a similar vein to Mitchell’s, particularly in how both vocalists describe their frustrations with their current lives and the confusion and uncertainty that seems to lie ahead.

However, despite the track’s inextricable melancholia, ‘I Know Alone’ represents an empowering anthem for the troubled times. With this single, HAIM have written a powerful and well-constructed song which serves as a reassurance to each and every listener that this current feeling of isolation is one which is being felt by many, including the Haim sisters. ‘I Know Alone’ will no doubt have a cathartic effect on many fans, and will hopefully allow many to gain strength in the underlying message that pain is made easier when its known that you are not suffering through it alone.

Looking for more music to tide you over?